THE STORY BEHIND THE PULSE SURVEYS 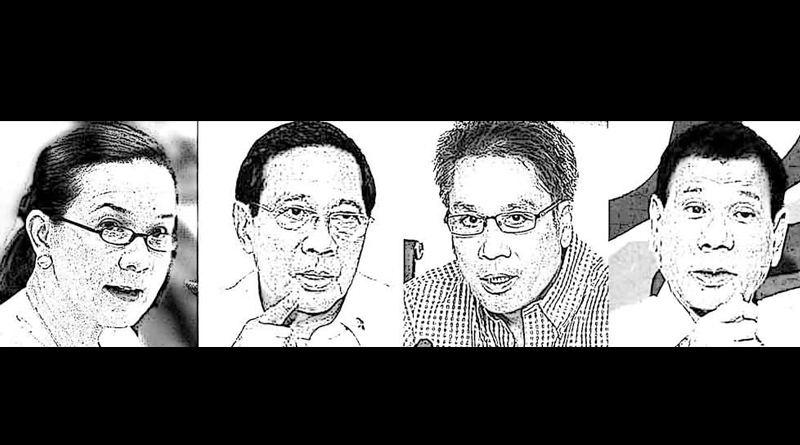 THE STORY BEHIND THE PULSE SURVEYS

THE PRESIDENTIAL ELECTIONS 2016Â could be one of the most hotly-contested polls in recent memory. The fortunes and misfortunes of the candidates have so far Â ebbed and flowed like the fickle tides of the Pacific Ocean.

What’s the story behind the Pulse Asia survey results from May 2015 to January 2016%. We can only try to explain.

Senator Â Grace Poe started out as a popular candidate after topping the most recent 2013 senate elections with 20 million votes and was Â 30% Â preferred candidate on top Â together with VP Jojo Binay ,who in years before that – was the “unbeatable” candidate (22%).

When the popular President Noy Aquino endorsed DILG secretary Mar Roxas as official LP ruling party candidate, his meager 10% in May zoomed to 20% in September. In September, both Poe and Binay’s numbers subsequently went down. Rody Duterte who was a “vague” candidate in those days was a lackluster 15% (May) and 16% (September).

There were two important political events in December 2015- Duterte filed his candidacy and the Comelec “disqualified” Poe on two counts. These twin events benefited Duterte which rose from 16% (September) to 23% (December) and Binay who ate Â largely into Poe’s disqualification cases zoomed from 19% to 30% in December.

Many Filipinos ,even the better educated ones, thought the Comelec disqualification of Poe was final and saw the lady senator’s numbers dropped from 26% to a low 21%, a third placer that time. Roxas’ numbers were also affected by Rody’s entry dropping his 20% upon Aquino’s endorsement to 17% in December.

The sea change in the January numbers can be explained thus: the careless Duterte somehow shot himself on the foot by sacrilegious comments against Pope Francis and his derring-do statements hinting on short-cuts to crime solution and sexual liberality and saw his 23% in December deteriorate to 20% by January.

Meantime, Roxas’ steady “macho” stand -challenging the Davao Mayor to a slapping then a boxing match- somehow gave the rich boy a “his own man” image and increased his 17% to 20% in January.

Senator Grace Poe benefited from the Supreme Court position on her disqualification cases and the defense of the solicitor general ( government lawyer) of her Â in the highest court; likewise the decision of Comelec to keep Poe’s name in the official ballot despite legal limbos. Thus Amazing Grace zoomed again on top from 21% to 30%.

Binay whose son Junjun was booted and disbarred from office is also facing plunder charges of plunder upon recommendation of the senate Blue Ribbon Committee and his Â report card plunged deeply from 30% in December to 23% in January.

What is most significant about the January poll results is that for the first time in almost a year every Filipino now has an opinion on who to vote for president among the five candidates including the floundering senator Miriam Santiago. 97% of voters already had a choice by January compared to only (85%) in December, (81%) in September and a low 77% in May 2015.

Where is the battleground in terms of social classes?

Note that the real fight is in the D (60%) and E (30%) market or Â a total of 90% of the voting populace, Thus no matter how attractive a candidate is to the ABC so-called rich, intelligent market, it matters little. So in the January results, the winner Grace Poe controlled 32% of the D market (the biggest market) for first place and second in the E market (26%) behind Binay but who dropped 12 percentage points in January from 42% to 30% only.Significantly , Poe also topped the ABC market.

Grace lorded it over NCR and Luzon and was second to Roxas in the Visayas; almost half of Mindanao went to Duterte -showing where his strength really lies.

What are the coming stories in store for February?