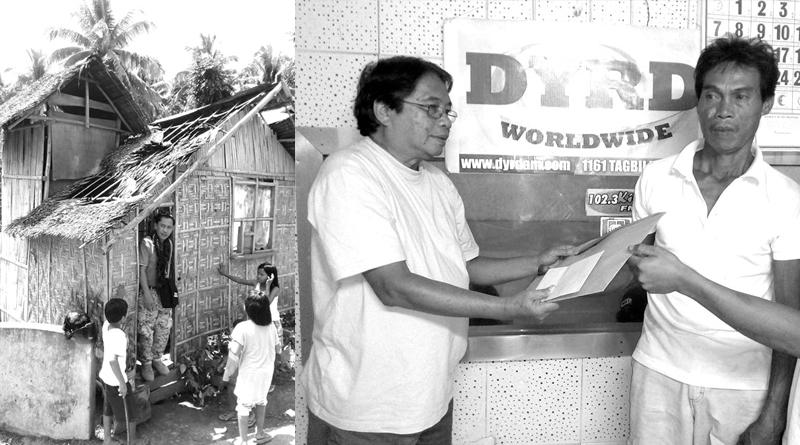 The trait of kindness and generosity remain in the hearts of every Boholano. This was shown again last Thursday when donors, mostly wanting to be anonymous, sent their cash donations to the top rated “Inyong Alagad” program of dyRD to help the family whose house was destroyed by a fire in barangay Lapacan Norte, Inabanga town. During the fire, Angela Uayan perished while her on-year old daughter, Joanna suffered 3rd degree burns as well as the child’s father, Jojore Impei now confined at the Gov. Celestino Gallares Regional Hospital. The donations whose donors included DYRD listeners from abroad reached to P52,720 in a span of two hours when anchormen Fred Araneta and Chito Visarra sounded off the need to help the fire victims. Indeed, DYRD’s “Inyong Alagad” program has live up to its commitment to be the channel of public assistance to the less fortunate residents here.