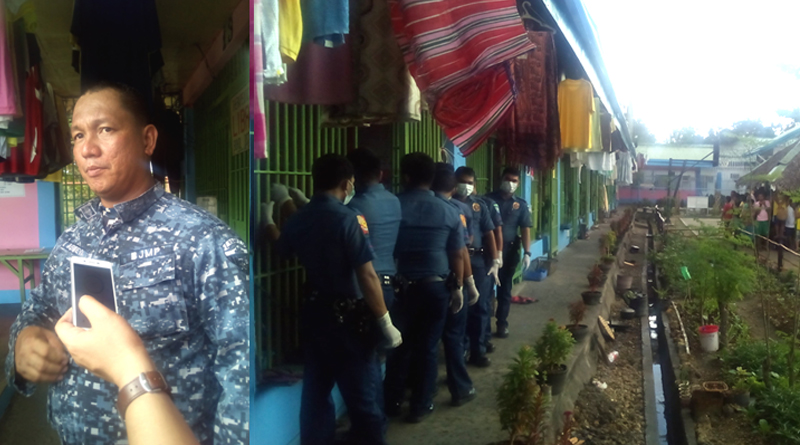 Bohol District Jail (BCJ) is bursting at its seams and the warden thinks there are two ways to decongest it.

Both however would mean government resources, which the Bureau of Jail Management and Penology could not possibly come up as yet.

That leaves the jail keepers with the local government as the possible source.

With 588 inmates occupying a 350 inmate-capacity jail constructed on a remote part of Cabawan District here, the BDJ is a provincial government correctional and rehabilitation facility administered by the Bureau of Jail Management and Penology (BJMP).

Now with an excess of 238 prisoners, some of them political prisoners while some are female inmates, jail authorities hint congestion problems brought about by dragging court litigation and slow resolution of cases.

“Court resolution of cases is slow, and inmates are piling up,” Abueva told the media.

“We still have inmates who have been committed here while awaiting the hearing of their cases, which could get them shorter jail terms,” another jail guard said.

“We are strengthening our paralegals,” Abueva added, knowing that some of the cases inmates are facing can be settled with para-legal means.

Or, instead of increasing the occupancy of the BDJ, he believes setting up of another jail facility in Loay and in Tubigon can greatly impact on the BDJ population.

To the members of the media who talked to him, the former jail administrator and warden rolled into one pointed out that, each prison cell at the BDJ is mostly populated by inmates coming from as far as Guindulman to the east and Talibon to the north.

Reasoning that a new facility in between Tagbilaran and Ubay like in Loay and Tubigon can greatly reduce the population of Bohol’s largest jail facility, Abueva said that way, BDJ can drastically lessen its population to less than its capacity.

But even with a congested facility where an inmate shares with over ten more inmates in a cramped 10 feet by ten feet grilled compartment, the discipline and respect for authority shows.

With less than 30 police men and jail guards keeping an eye on the 588 who were gathered unrestrained at the center of the compound’s basketball and volleyball courts, a slight provocation can ignite a problem severely out-manning the guards.

But warden Abueva said their Therapeutic Community Modality Program helps a lot in creating communities from the inmate containment and their neighboring cells.

At the BDJ, each cell is called a sitio, the smallest political subdivision of non family members.

The cell residents elect their leaders and assign tasks, working by picking up each man’s ability to contribute to a task.

This makes our life here bearable, admits an inmate who has a murder charge pinned upon him. (rac/PIA-7/Bohol)