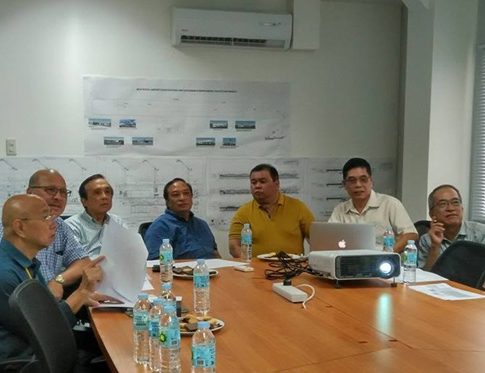 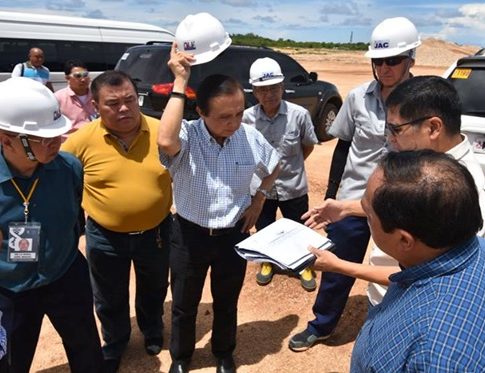 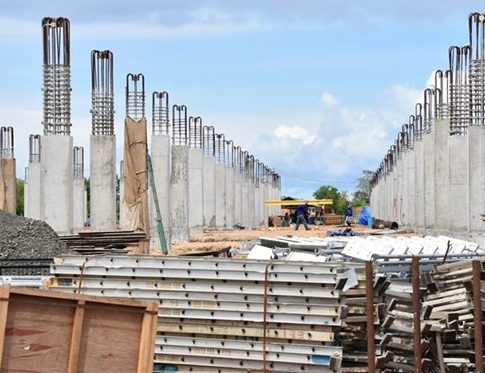 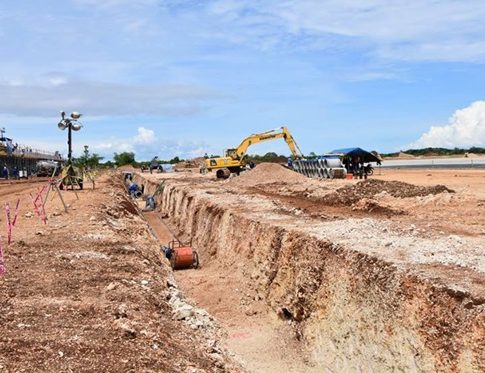 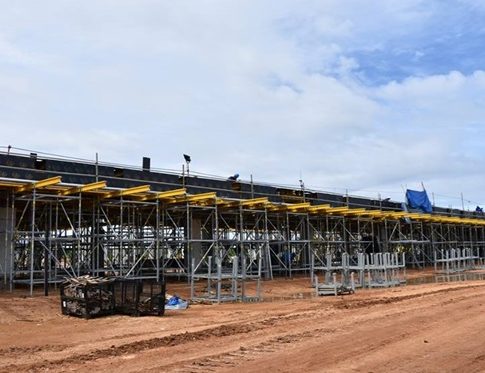 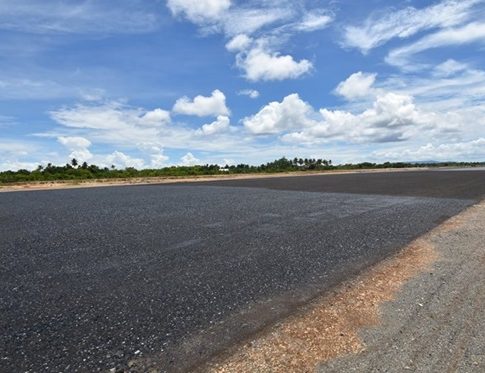 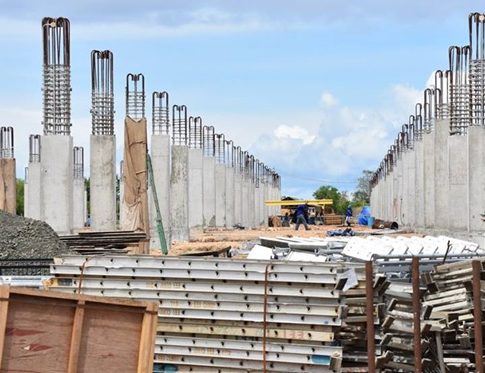 Bohol leaders are mulling this early to extend the Panglao airport runway to full three kilometers to accommodate bigger direct flights from America, Europe and other major global sides outside Asia.

Meanwhile, Bohol is now the newest foreign gateway to the country with the maiden daily Philippine Airlines (PAL) flight from Incheon in South Korea to Tagbilaran City Friday morning.

Gov. Edgar Chatto and Rep. Rene Relampagos got the full assurance of support from National Economic and Development Authority (NEDA) Sec. Ernesto Pernia for funding the “perfect” runway of the new Bohol airport in Panglao.

Department of Transportation (DOTr) Project Director Edgar Mangalili said the runway extension can be worked even simultaneously with the operation of the airport starting June, 2018.

Mangalili updated Pernia, Chatto and Relampagos on the progress of the airport construction at their meeting in Panglao on Thursday.

Based on its present revised-upgraded design, the airport, which is of international standard, will have a 2.5-kilometer runway when finished and operationalized in the middle of next year.

The runway length can already accommodate connecting regional flights from neighboring Asian countries like South Korea, China, Japan and Thailand, among others.

The governor was told that the demand for direct Bohol flights from China and other Asian countries is growing.

But bullish industry and expert projections have indicated an unprecedented upsurge of Western tourist arrival, too, aboard bigger commercial aircrafts on direct flight in not a remote future.

The landing facility is, therefore, to be prepared this early for the “very likely” exciting happening by adding to the runway 500 meters more for a total of three kilometers.

It was assured at the meeting that the operation of the airport using the present design of 2.5-kilometer runway cannot be affected even if further extension of the landing pad is simultaneously done.

From the meeting, Pernia, Chatto and Relampagos led the Boholanos in the ceremony at the Tagbilaran City airport welcoming the inaugural flight also of PAL from Cebu to Bohol Thursday afternoon.

It was, an hour later, the same aircraft of the national flag carrier that proceeded to the Incheon airport in South Korea for PAL’s maiden daily flight, first international flight to Bohol the following day.

Full of Korean tourists, PAL officials and members of the media, the plane departed from Incheon at dawn Friday on its first Korea-Bohol flight that landed back on Tagbilaran airport at six in the morning.

It was the first international commercial flight by any airline ever to touch down in Bohol and Chatto described it as a tourism-economic breakthrough in the province.

PAL-Bohol Manager Emma Caseñas said this is the complete daily circuit of the new PAL route connecting Bohol, with estimated times of departure (etd): The plane leaves Tagbilaran for Cebu at etd 7am; Cebu to Tagbilaran, etd 3:30pm; Tagbilaran to Incheon, South Korea, etd 5:05pm; and Incheon to Tagbilaran, etd 2:30am, until arriving at Tagbilaran airport at 6am.

Chatto said Pal has now considered Bohol a hub destination, which means that the flights here can connect to more destinations like Palawan, which happens to have an eco-tourism sisterhood with Bohol.

The United Nations-World Tourism Organization declared 2017 as the International Sustainable Tourism Year and Bohol was the first Philippine province to echo the declaration.

Pernia clarified with the DOTr that the public-private partnership (PPP) modality of the operation and maintenance of the Panglao airport will push through.

This is unlike the other new airport projects in the country which may still need funds.

Also, there is no problem with the implementation of the Bohol airport as a major infrastructure project since its construction has been fully funded as supported by the Japan International Cooperation Agency (JICA).

While the project has been progressing right on its site, volumes of other construction materials have at the same time been prefabricated in Batangas and are due for shipment here in July.

Chatto said the NEDA secretary, himself a Boholano, is happy with the rate the airport construction has been accomplished.

The construction is targeted for completion in March next year, immediately after which are the installation of the passenger elevators and boarding bridges en route to the start of the airport operation in June.

From June to December next year, the planes can land and depart only from sunrise to sunset because the runway lights and other safe night navigation facilities are yet to be completed within the period.

The airport’s 24-hour, “all-weather” operation will begin in January of 2019.

Road projects worth P602.93 million are to be implemented beginning next year for easier, fast access to and from the new airport, Chatto said based on the Department of Public Works and Highways (DPWH) program.

These include the widening into four lanes and concreting of barangay Tawala, Panglao road, with drainage improvement, leading to the airport at a cost of P237.33 million.

Also for concreting is the Biking, Dauis road from the junction of the Panglao island circumferential highway to Libaong-Bolod in Panglao, P231.25 milllion

Another road leading to the airport, the Lourdes-Bolod-Tawala road in Panglao, will be concreted at P134.35 million.

The projects complement the main access road, which has four lanes with center light, connecting to the Dauis-Panglao central highway funded by JICA as part of the airport complex project itself.

A rotunda has been proposed for construction in the intersection.

Already in the DPWH Programs, Activities and Projects (PAPs) for 2018, all these are to make the traffic routes more convenient for vehicles going to and from the airport.

In the last project coordination meeting led by the governor, Panglao Mayor Leonila Montero and the concerned barangay officials were asked to help secure the road right of way for the airport access roads. (Ven rebo Arigo)