The many challenges of new governance 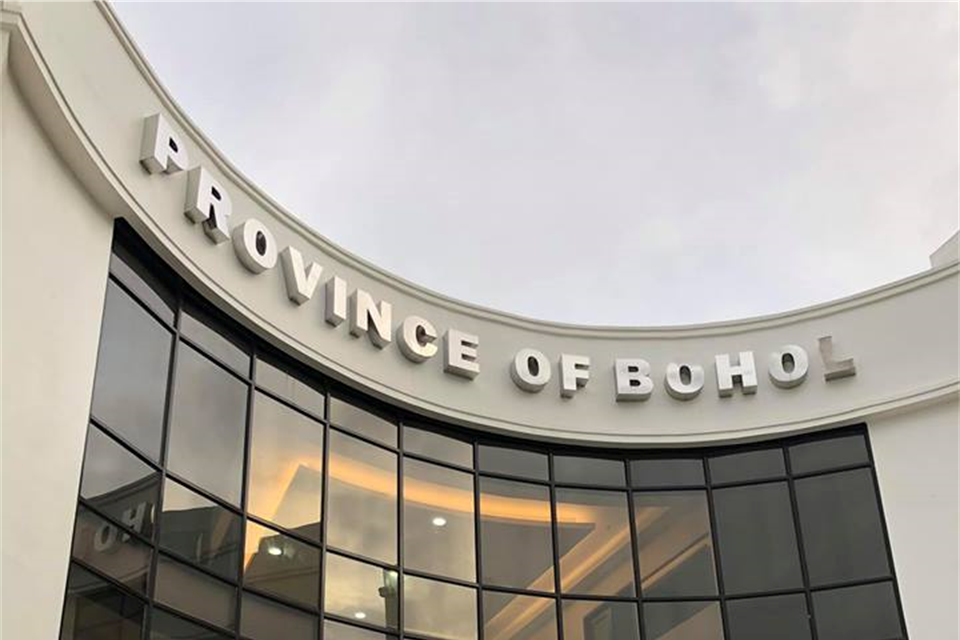 The many challenges of new governance

New officials have promised, got elected and sworn into Office. That is the easier part.

Delivering on the promises and making sure the 1.3 million Boholanos are better off at the end of their term -compared to the beginning is the more monumentally hard part. And people should keep their notebook open and pencils sharp and note what the officials promised to deliver- and put the officials to task if they fail- during their term and when they seek your vote again for reelection.

Then dump those who are long in promises and short in achievements come next election day. To be misled once could be human, but to be misled twice is a sign of a fool.

That challenge stares in the faces of all inducted officials led by  Governor-elect Arthur Yap for the province and City Mayor Baba Yap  (induction tomorrow) timed for the City Charter Day celebration.

The three elected congresspersons of the province are expected to work for legislation that redounds to the national good and therefore to Bohol as well.

Provincial Concerns (surely, not the first time these issues are raised);

1) The protection of the environment and our vibrant eco-system are crucial for Bohol whose flagship industry is Tourism and whose people depend on agriculture and fishery for food security. The standoff in the demolition instruction at the Alona Area is a test case of political will (or lack of it) because it seems the Panglao town hall drags its feet in meeting the orders of DENR Secretary Roy Cimatu. Who is the Boss, here, Watson?

2). Related to that is the continued defiance of most LGUs to have their own solid waste management facilities mandated by law. Do we ever take our environmental laws seriously, Watson? Even the Pope in Rome is bothered with Climate Change, why are we not?

3) Bohol suffers from intermittent power outages and is physically dependent on the vagaries that will befall the long interconnection under the seas to the Leyte Geothermal plant. Lip service has all we have heard (for a long time) about paving the entry of additional land-based power source to Bohol. The fact that some individual towns have installed solar renewable sources (even a solar plant) on their own- shows how there is a complete lack of province-wide direction in this regard.

4)Honestly, ask NAPC (National Anti Poverty Commission) and one can get the exact location of rural areas in Bohol that are considered “waterless” by NAPC definition and be shocked how Third World we can be. To view, thereafter, the astounding waterfalls and rivers in the province is to be shocked at the lack of forward-looking policies on water sourcing.

5) For Tourism, specifically, the needs are:

a) need to hasten the turnover of the new Bohol Panglao International Airport to the Aboitiz Group, the winning bidder before everything deteriorates-  like not-so-well attended restrooms, lack of restaurants, transport, and other services.

c) to have a docking area for pump boats going island hopping rather than tolerate the eyesore that is portrayed by boats anchored in front of swimming areas in wanton abandon.

e) to control the environmental concerns in other tourist destinations like Anda, Loboc/Loay River, Chocolate Hills, and the  man-made forests

f) to seriously develop other tourist destinations at least into a “one site one town” affair.

6)  To maintain peace and order especially the momentum on the fight against drugs. And to fight for the erection of those drug rehabilitation centers.

7) To properly manage the gambling business since the “Peryahan ng Bayan” continues sprouting tentacles even though government through the PCSO (Philippine Charity Sweepstakes Office) says its an illegal operation. So, Watson, who is protecting who?

A) since time immemorial, everyone knows the problems such as the lack of storage facilities, financing, assured market, cheap inputs, insurance and transportation which have been discussed to death for ages.

But the results remain the same: high prices of fish and marine products, lack of prime fruits and vegetables and expensive agricultural inputs like fertilizers.

B) As previously mentioned in this Editorial Page, the Government must look at the serious displacement faced by thousands of rice farmers in the wake of the  Rice Importation Liberalization Law and the Coconut farmers facing marginal income from their products. The poor rural folks are largely responsible for Bohol still having a poverty rating of 21% for individuals. Ignore them at one’s peril.

For, the litmus test of a true “growth economy” is the rise of the Middle Class -not the GDP  growth percentage since there is a yawning gap between the rich and the poor that tilts the growth in favor fo the Haves and not necessarily the Have-Nots.

1) Serious implementation of diversion roads to decongest traffic in CPG and Gallares streets.

2) develop tourism-related activities in the city like further development of Heritage Houses and sites.

3) develop Matabaw Reef in Taloto area, a potential diving site within the city

AND FINALLY, THE TOWNS

(A) growth centers should be developed fast like those in Tubigon, Ubay, Jagna, Talibon, and Carmen and spread the commercial benefit to the more rural areas out of the city,

We enjoin one and all, therefore, – to see that we are “doing the right things and doing things rightly.” Watch and prod your newly-elected officials.