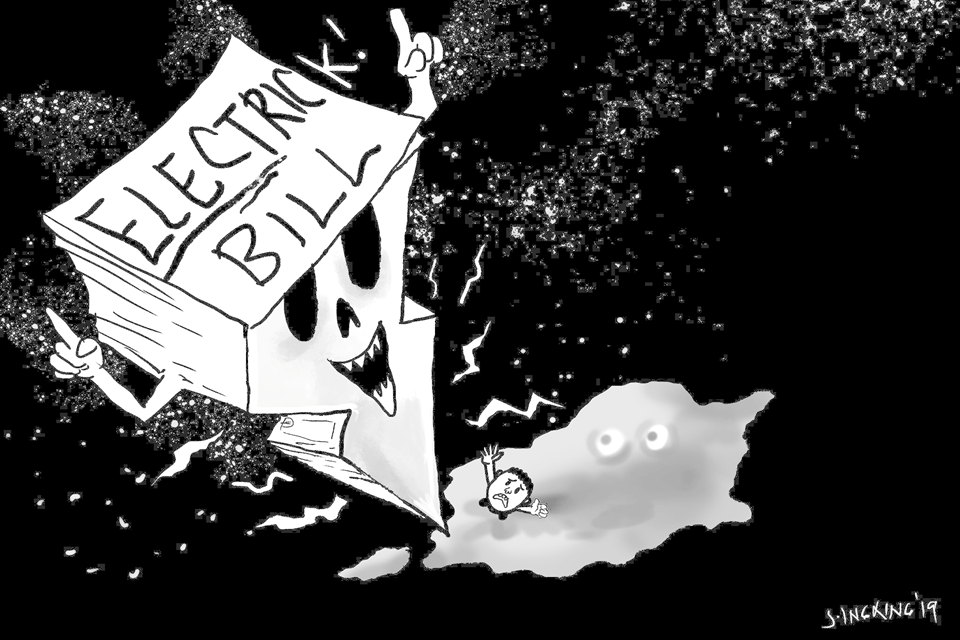 Of course, Watson, many people now know that such is an Economic facticity rather than a legislated act of Congress.  That more inane bills have been filed in Congress, thereafter, is beside the point and is not funny, Watson. Why?

Because of this rigid law, there is now a power crisis with the escalation of power bills of  Boholano consumers, up 100%. The per kilowatt rate is now P13,22, the triggering factor of which is the high “Generation Charge” pegged at P9.13 per kilowatt hour (to include the contracted rate of the power source and the power distributor plus the charges of the Wholesale Electricity Spot Market (WESM).

It is ironic since the sole purpose of the WESM mechanism is to provide stable and cheap power to Luzon and the Visayas and let us not go soft and spare the rod and say: yes, that system failed. By its own admission, the WESM operators said demand of 8,796 Mws recently outstripped supply of 8,666 Mws and they had to run to more expensive alternatives like gas and diesel just to keep supply stable but prices high.

Bohol is connected to the national grid that is why the National Grid Corporation is in town. But it seems, from our readings, there is another unique cause of the frightening, confiscatory escalation in the cost of electricity here.

The Leyte-Bohol interconnection power capacity is 100 MW and the regular maximum demand has been at 80 MW. But it seems, there is a small footnote that allows the grid to search for extra power (which happens to be expensive diesel-powered plants) when the 85MW usage is breached- an event which apparently- actually occurred, in fact.

This additional “power congestion charges” is the one event that reportedly scaled upwards the cost of electricity by 90-100%. Hardly any business entity- whether mall, restaurant, hotel, communication or those that rely on power as part of its overhead cost can survive this attack for long. Or will surely hyperventilate along the frigging way.

Already the Philippine power rates are among the highest in Asia – and now this? Enthuse foreign investors to come to Bohol, are you kidding us, Watson?

There is no Superman in the local government unit who can pull down even a cent of this present charges. But many certainly could have done something in the past- but did not.  Now, what went wrong?

Even without the new international airport and the new businesses sprouting in Panglao and Tagbilaran because of it- we knew demand peaked at 80 MW. Was an additional 5 MW unimaginable to happen given these new economic entities? Of course, it was easy to see.

The ” fast-tracking” of the so-called Cebu-Bohol Interconnection has long been vocalized for over two years now – and ended up it being realizable by 2021 instead of next year. The National Grid Corporation of the Philippines -who knows whereof it speaks – and not some arm-chair analyst- already declared last year Bohol needs a land-based new power plant source. No movement?

We know it takes a couple of years (at least) to put one in operation – so where are they? Our sources in Ayala Corporation told us they wanted to come into Bohol power sourcing many years ago – and vowed never to come back due to the “scourge of politics” here, is this good?

A sea-based power plant  (run by gas or diesel) anchored on a permanently attached boat to land was once discussed- avoiding huge rental fees for land and potential earthquakes on land, what happened? Solar plants and other renewable energy sources are being installed off-grid- why are they not here on a larger scale?

Being off-grid means one is not under the mercy of the vicious demand and supply dynamics currently raging in place. We are not masochists so let’s get out of this rut.

We heard of words like lobbying- which is practiced everywhere, even in Washington. We are not hoping this will fail but we are not overly optimistic, either,

We heard that the immediate steps to be done are to get WESM on the discussion table to review line rental computation and also to seek the approval by the Energy Regulatory Commission (ERC)  of the “ancillary service contract”, the authority to reduce the opportunity for another round of rate increase.

Some of the agreements may be carved in stone- and any adjustment thereof will always have an entity becoming an economic casualty. Who would take the fall?

A crucial meeting at the ERC main offices in Manila is scheduled on Wednesday with the power distributors to tackles these two main concerns.

In the meantime, the next bad news is that the Malampaya National Gas Facility will undergo 8-day maintenance stoppage this July reducing further the already thin margin buffer supply to only 2,000 Mws. Bad days face us ahead, Watson, let us call a spade a spade.

It is extremely lucky for many politicians that this roaring, debilitating increase in power did not happen before the crucial May 13 polls. Otherwise, it would have been a smoldering boulder of a political issue- so heavy one could not have just dropped it like a hot potato. We digress.

Let’s pray to God we find a solution, soon. It’s a good day to do that- it’s Sunday.

TO BE HONORED BY THE PHILIPPINE PRESS INSTITUTE

THERE WAS ONLY ONE MAN WE THOUGHT ABOUT When the Philippine Press Institute through its 2018 Civic Community Journalism Award last Friday conferred on THE CHRONICLE  as “The Best Editorial Page” among all the weekly newspapers in the country. You know who he is.

To his last lucid days, our Founder -Publisher the late Jun Dejaresco insisted and gave to no one the key to write the paper’s Editorial. To him, it was the “Soul” of the newspaper sandwiched by loads of news, features, and pictures.

The Editorial gives the paper a chance to articulate what “should be” in place of “what is”- with nothing but the welfare of the general public in mind. It is not always easy because in doing so – sometimes one stepped on the toes of private interests- some of them friends and even relatives.

It is an honor to be feted this award, truly, especially from those who taught the “form and substance of good journalism: the academe. First, the UST Mass Communication Group voted the paper as one of three finalists in the country for “Best Editorial Page”, “Best Edited Paper” and “Best Environment Coverage”. Champion of the Visayas.

Then, the National Board of Judges voted us “The Best Editorial Page”- a group that included the esteemed Dean of the College of Mass Communication of the University of the Philippines ( Dr Arminda V. Santiago) and respected News Editor of Manila Standard (Joyce Panares) and Jose Bayani Baylon, a sharp columnist of a broadsheet paper.

The two other national judges like Joel Adriano (Asia Pacific Coordinator) of the Science and Development  Network and Angelo Da Salva of the Photojournalists Center of the Philippines gave the “evaluation” a truly holistic identity.

Part of the citation, thus follows:” The CHRONICLE has dealt with issues that have relevance to its stakeholders. There is an objective explanation of issues and the writing style is concise.” Being viewed by superior evaluators as “relevant and objective” means a lot to our hearts.

It is both an honor and humbling, at the same time, to be called the best influencer, the best opinion-maker, and generator among the nation’s weeklies. It has been a long journey for this once tiny paper operating as a one-man team, on rented space and equipment sometime in May 1954 to what we are today.

And if- we could have changed one life, made one policy better. helped Bohol progressed differently and made one person smile (even for one moment on a Sunday), this task is more than what we could ask for. And we thank God Almighty! Shalom!