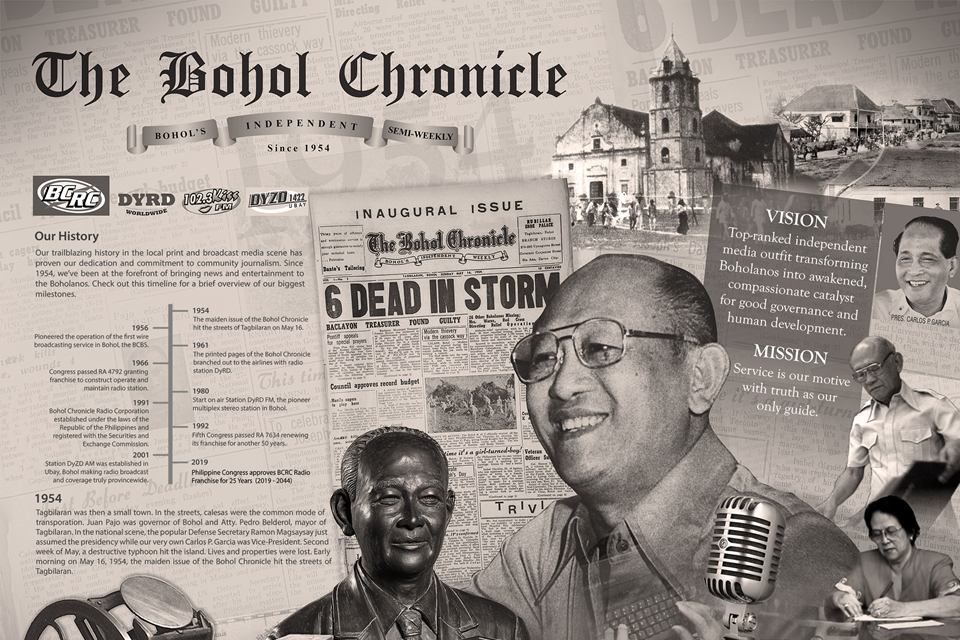 THE NEW YORK TIME’S Slogan “Truth is Worth It”- which exemplified the newspaper’s journalists ‘ grit, determination and willingness to pay the price in order to establish the truth – has won admiration from everywhere.

From its investigative report on Mexican corruption, Myanmar’s denial of ethnic cleansing and the terrorists’ lairs in the Middle East, it has been good journalism: resourceful, accurate and fearless. That kind of perfection is not always found in all media, of course.

President Trump, for instance, has called media “the enemy of the people”, despotic leaders harass and kill journalists and advertisers blackmail protesting editorial content. These, indeed, are years of living dangerously and the media profession is sometimes viewed as bordering on martyrdom or is it masochism? Not meant- and unable to please everyone- media often unwittingly create enemies in whatever position on an issue it takes.

A No Win situation.

In our case- it was humbling for the Chronicle to receive its second “Best Editorial Page” this decade from the prestigious Philippine Press Institute last week- amidst wide prophecies that the newspaper business – because of the cost of production-  will “Rest in Peace”.  But no, the newspaper business will not die- its type of platform will just change -from hard copy to digital slowly- but the test of credibility- and, therefore, popularity will still be the same.

Does one have “Public Trust”?

Without public trust, a newspaper can just be made into a wrapping paper for fish in the market or be turned off online without “likes” or “subscribers” on the Internet.

For 65 years, the Chronicle had labored in both good and bad years financially, under friendly and hateful governments, in an excellent or weather-ravaged environment- but for the grace of God, it had survived today on its Wednesday and Sunday paper editions and online clones.

The secret of that is trust – trust of the public, which like respect cannot be demanded but earned. Taking the cue from SWS-patterned HNU survey, we must have earned that public trust still up to this 65th year by getting 95% of the readership province-wide. What is the secret?

A smart observer had said that good journalism “is a relationship, not a product.”. It is a relationship with a community who has learned to understand how media works- why it exists and for whom it works for and under what conditions.

It is a relationship with a community when the latter views the newspaper not just as an observer from the outside looking in- but as a member of the same community that will be affected by both the agony and the ecstasy of events happening within the community. They are tied together as if by umbilical cord-  as if one needing the other to survive.

It may be too conceited to completely agree with the statement of one who said that he would rather have ” a nation without a government than a nation without a newspaper”. But such sentence hints to an indestructible oneness between a people and their community newspaper.

As journalists, sometimes we tend to write about what is familiar to us – depending on our personal background and experience. It is a natural but not the right thing to do. Because doing so would tend to have writings and news that reflect only one’s natural biases and class interest and – making only homogenous thoughts and news when diversity could only have led to greater trust from a wider base.

It is a relationship when amid the avalanche of accidents, corruption, and violence-laced stories, space is always found  in the newspaper for the “feel-good stories- of the Good Samaritans, the medical missions, the tricycle driver who returns lost wallets with dollars and papers, the heroic cop and fireman, the old lady pursuing a degree at age 60 and the successful struggles into wellness and prosperity of those who almost had nothing in life but their willingness to rise above their lowly circumstances.

Journalism is prudent when it strives its utmost to find the correct facts from the right sources, counter checks the same and lay them down as a story that is logical, coherent and in good, interesting syntax.

It is good journalism when it takes the opinion of the other party, often the aggrieved one, to state his side of the story and consequently balance the news. And failing so in one issue – such newspaper will print his other side of the story with the same space prominence and respect given the previous article in the next week’s issue.

It is correct journalism to use words that are spoken with the higher ethical longings of man in mind and not indulge in the gutter street language that is the favorite of social media netizens. And, thus, separate, the best from the beasts.

It is pro-active journalism when more than just citing problems- and damning their perpetrators to the guillotine- tries to offer solutions- alternatives even- not too smug to assume that any of them are the silver bullets that will unravel problematic situations with certainty.

It is noble journalism when it can take it on the jaw- the hits, the criticism (especially from those who feel wronged) even when the practitioner knows he is in the right or did nothing wrong- without being crudely defensive, blaming others, answering offensively and giving an eye-for-an-eye as the Gentiles do.

Accepting criticism is not necessarily an admission of guilt. It could just be an “acknowledgment that words and deeds have consequences, and accepting, even if symbolically, the great responsibility when serving on behalf of the public.”

The famed NASA Flight Director Gene Kranz had a thing to say about this:” ..that prudence, professionalism, dignified conduct, and the willingness to take the hit- are part of the PRICE OF ADMISSION to public service”

So, as we journey to finish our 66th year of c committed community journalism, allow us, on behalf of the family, management, and staff to thank our readers, advertisers, and friends- without whom The Chronicle would have long been dead- 6 feet under the ground or deeper.

It is their deathless loyalty to us- 95% readership for the current- that allows us to say to ourselves: RIP – not “Rest in Peace”- but “Return if Possible” – for another year- and still another…. Shalom!