Who are the best men and women for LMP and PCL? 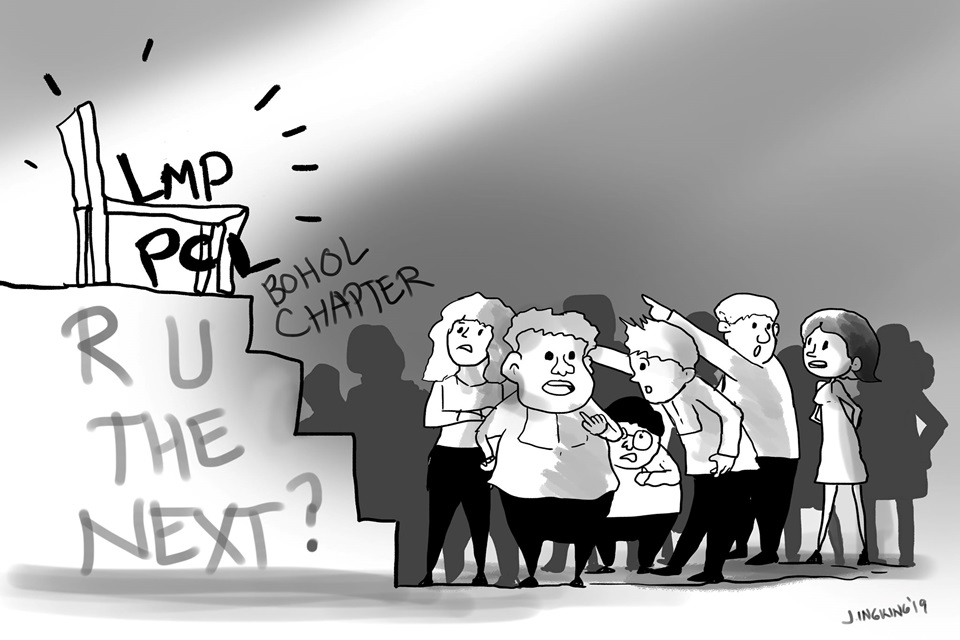 Who are the best men and women for LMP and PCL?

Hardly had the May 2019 election fever fizzled down when temperatures are again rising and nerves are being frayed as yet other types of the election come into view.

Who will provide the best leadership for Bohol among its elected mayors and councilors for the League of Municipalities of the Philippines (LMP and the Philippine Councilors League (PCL) -Bohol Chapters?

At one time, Bohol was in the national spotlight as then Bohol Governor Rico Aumentado was president of the powerful League of Provinces of the Philippines and in another time, then Balilihan mayor Edgar Chatto was at the helm of the mayors’ league.

So powerful was the governors’ league that then-president Gloria M. Arroyo, more than once, relied on Aumentado’s marshaling the provincial governors to back her against some impeachment intramurals raging in her midst. Arroyo kept her office.

In the foreword Arroyo wrote for the biographical book of the late Aumentado titled “Erico Boyles Aumentado: A Great Boholano Leader”: So great was the role of Erico Aumentado in my political life that when I was president, he became president of the Union of Local Authorities of the Philippines (ULAP), the first to head the ULAP- uniting 1.5 million local government officials in the country, in that capacity.”

Winning such national posts was no joke-not then and not now- as there was virtually no time to campaign or even attempt to vote-buy due to the vast expanse and the island-ridden nature of the nation from Aparri to Jolo. Of course, that’s putting the cart before the horse- because one has to be Bohol chapter head first before becoming a national league president. Let’s start with the LMP.

RA 7160 or the Local Government Code of the Philippines states: “There should be an organization of all municipalities to be known as the League of Municipalities for the primary purpose of ventilating, articulating and crystallizing issues affecting municipal government administration and seeing, through proper and legal means, solutions thereto.”

As of 2018, there were counted 1,634 cities and municipalities of the country although not all have chosen to become members.

We cannot truly trivialize the role of the LMP since- due to the bottoms-up style of budgeting of the National Budget and the primordial role of regional economic development bodies, mayors can largely influence the policies, programs, and projects of the national government.

The clamor for federalism, on the other hand, is the desire of many LGUs in order to exercise more autonomy but using the people’s participation as its co-anchor in promoting the common good. Is your potential favorite LMP candidate familiar with the tools for greater decentralization and of empowering citizen participation in governance?

Most importantly, is that candidate familiar with the strings to pull in government so that -in the end, gainful employment is generated in the localities and does he also have a broad understanding of the nuances of the Public-Private Partnership Principles (PPP) to help prosper the constituency at a faster pace?

A candidate for such post must be familiar with all of the above as these are the main objectives of the LMP.

We hope that the debilitating partisanship, personalistic attacks and money politics that characterized a part of the last May 2019 polls will not be repeated in the elections of these two bodies. Let us just say- we had enough of that last May.

We voice this apprehension as the LMP (at least) seems like a bullfight extension of the acrimonious May polls with two of the contending parties represented by their respective flagbearers to date.

It will be a one-on-one battle royale between Padayong Bol-anon’s banner hoisted by Dauis Mayor Miriam Sumaylo while that of the Tinuod Bola-anon group is represented by former NBI Boss and now San Miguel Mayor Virgilio Mendez.

Sumaylo’s supporters tag her reported closeness to the powers-that-be in the Palace itself, namely president Rody Duterte with influential senator Bong Go as her ace on the sleeves when push comes to shove- as decided plus points.

Mendez, on the other hand, prides himself of bigger national exposure and can be crucial in dealing with the other mayors of cities and municipalities across the nation. He will have the decided advantage in the area of peace and order bordering on issues of terrorism, criminality, insurgency, and drugs which are still key problems in many areas of the country today.

Will the better person- man or woman- win the LMP Bohol race this Wednesday or will the ugly head of partisan politics once again be reared and as if to say ” it’s the same business as usual” in deciding a critical position in governance?

Will the eventual winner be a person or someone we Boholanos will be proud of to represent us in the national LMP? It is a good, relevant question to ponder on.

Hotter than hot, in a manner of speech, on the other hand, is the fight for the Bohol leadership of the Philippine Councilors League (PCL) as it is contested by at least two candidates who are “in-laws” of Vice-Governor Rene Relampagos. One is city councilor Agustinus “Dodong” Gonzaga and Loay Councilor Giselo Adiong.

Gonzaga is the husband of the sister of Rene while Adiong is the brother of the wife of the vice-governor.  What is thicker these days, people are won’t to ask? Would one eventually give way to the other?

It can be recalled that Jonas Cacho, a city councilor, was way ahead piling votes for the race of PCL but withdrew recently to give way to Gonzaga on the basis of seniority.  What is certain is that the Tagbilaran Sangguniang Panglungsod drafted a resolution  Friday endorsing the veteran councilor Gonzaga to the PCL post which will de facto be- leading hundreds of Bohol councilors.

The position is no fluke- for the elected one becomes an automatic ex-officio member of the bigger provincial Sangguniang Panglalawigan. This post was formerly held at Board Member Gloria Gementiza who failed in her reelection bid as a board member of the 2nd district of Bohol last May.

Whoever wins the PCL mandate – it is hoped that the Bohol chapter can send as many of its councilors to the Philippine Councilors League Legislative Academy to earn their respective degrees in Public Administration and Public Governance – that teaches both the science and the values formation needed for effective, clean governance.

It is important since, like the national government, the ‘Executive-Legislative agenda” which will define the face of the communities they serve will require the active participation of councilmen. The new laws and amendments to laws, nay even the priority goals of the chief town executive will have to start their discussion at their doorstep- deliberated upon and approved within their walls as well.

Being educated in mechanisms to participate effectively in those is truly a must for councilors.

We, therefore, call on all those who will cast their precious votes this Wednesday to exercise the best traits of statesmanship, non-partisanship, objectivity, and maturity by selecting only the best among the contenders.

This is an extension of their mandate from the May electorate to exercise prudence in all their acts in order to advance the best interest of the greater number in their localities.  Show wisdom and independence, please.