Is it worth keeping POGOs here? 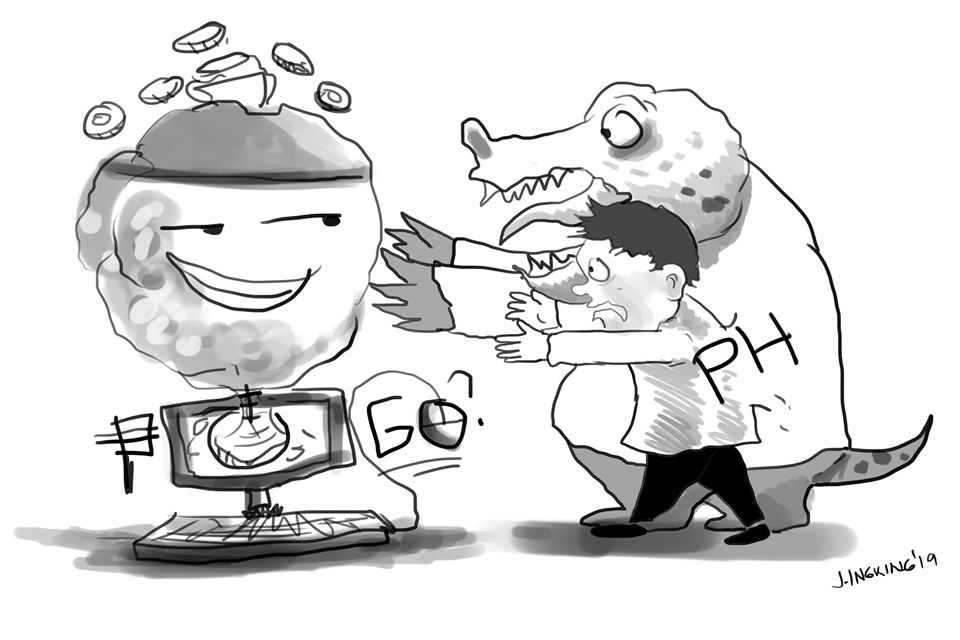 Is it worth keeping POGOs here?

Online Gambling is big business- with a business value of $45-B in 2017 and projected to hit $94-B in 2024. Today, only one among the over 1 billion Chinese suffer under the “poverty line”- and its burgeoning economy producing a new wave of rich elites and a rising middle class.

China populace, therefore, has extra money to spend on online gambling- but gambling in both casinos or cyberspace is a disallowed there. Singapore, Australia, and some Asian countries have outlawed online gambling.

President Rodrigo Duterte, on a personal note, dislikes gambling. Yet when he arrived in office- PAGCOR was already licensing several casinos in the country and the PCSO supporting nationwide gambling- the first to help achieve fiscal targets; the second to do the same and at the same time to kill illegal gambling in communities.

Moreover, this government has allowed the entry of the so-called POGOs (Philippine Online Gambling Operations) in the country where 58 of them are legally licensed but some estimates another 30 others are operating illegally.

Some 250, 000  are reportedly regular POGO employees who are assumed to contribute their withholding taxes, but the illegals estimated at 170,000 make use of indirect government services here without paying the withholding tax. Even the legal ones could not all be allegedly issued the legal TIN numbers due to sheer volume.

PAGCOR Chair Andrea Domingo claims POGOS contribute an annual average of P 7B in franchise fees (and 2% of the business) during the last three years. On the other hand, the BIR estimates POGOS paying P24-B in annual income tax and the legitimate workers some P15-B in VAT payments from their employees’ purchases or a total of  P43 B annual government take.

Further, depending on the salaries and the corresponding amount of tax withheld of the  250,000 POGO employees- one can estimate the total financial contribution of the POGO operations to the government. Are that materially significant enough numbers when juxtaposed against the P3.7 Trillion annual budget the previous year going over P 4 Trillion for next year?

What about when the financial gains are matched against the downside risks?

From 2017-2019, the real estate industry raked in P20-B in rentals from POGOS even discounting the individual rent of employees seeking their shelter homes here.

While the rich land barons are happy, this may have unduly pushed prices of real estate and rent above the means of our ordinary Filipino citizens.

Moreover, Chinese workers are disguised as tourists, human resources or hotel employees while their working papers are still processed here. The Philippine military has expressed apprehension about the proximity of certain POGO hubs to military installations -presenting a high-security risk.

A participant in a recent Rappler-sponsored forum harked about the dangers we earlier faced during the onset of World War II. When Japan bombed Pearl Harbor, Japanese military disguised as fisher folks, farmers and vendors here went immediately into action.

It was, however, pointed out that POGOS are not state-sponsored endeavors so the risk of workers being mere “trojan horses” is minimized. But some risk remains.

But the biggest drawback comes from the Chinese Embassy here, who in a recent communique revealed China is cracking down on cross-border online gambling which it termed “a dangerous tumor in modern society.” It has also been  described as an avenue for money laundering since cash is paid through “underground banks and other online payment platforms.”

China had earlier noted the other social ills prevailing in Macau where China has allowed gambling.

In a blog penned by Dean de la Paz, he cited a China Supreme Court Ruling in 2005 which considered it a crime  “to provide capital, internet networks, telecommunication facilities, payment settlement to gambling participants and organizers”  to gambling operations. It is understood that just as outlawed are online gambling operators, gamblers, offsite proxies, creditors and settlement runners.

In a sudden turn-about, China last week had asked the Philippines to stop POGOs here whose clientele are Chinese Mainland gamblers (80%) using the Mandarin language.

Given this possible new irritant – in addition to the West Philippine dispute, the manageable fiscal revenues at stake, rise in property prices and rent and the security risk, is it worth keeping the POGOS here?