Be bold, be Catholic 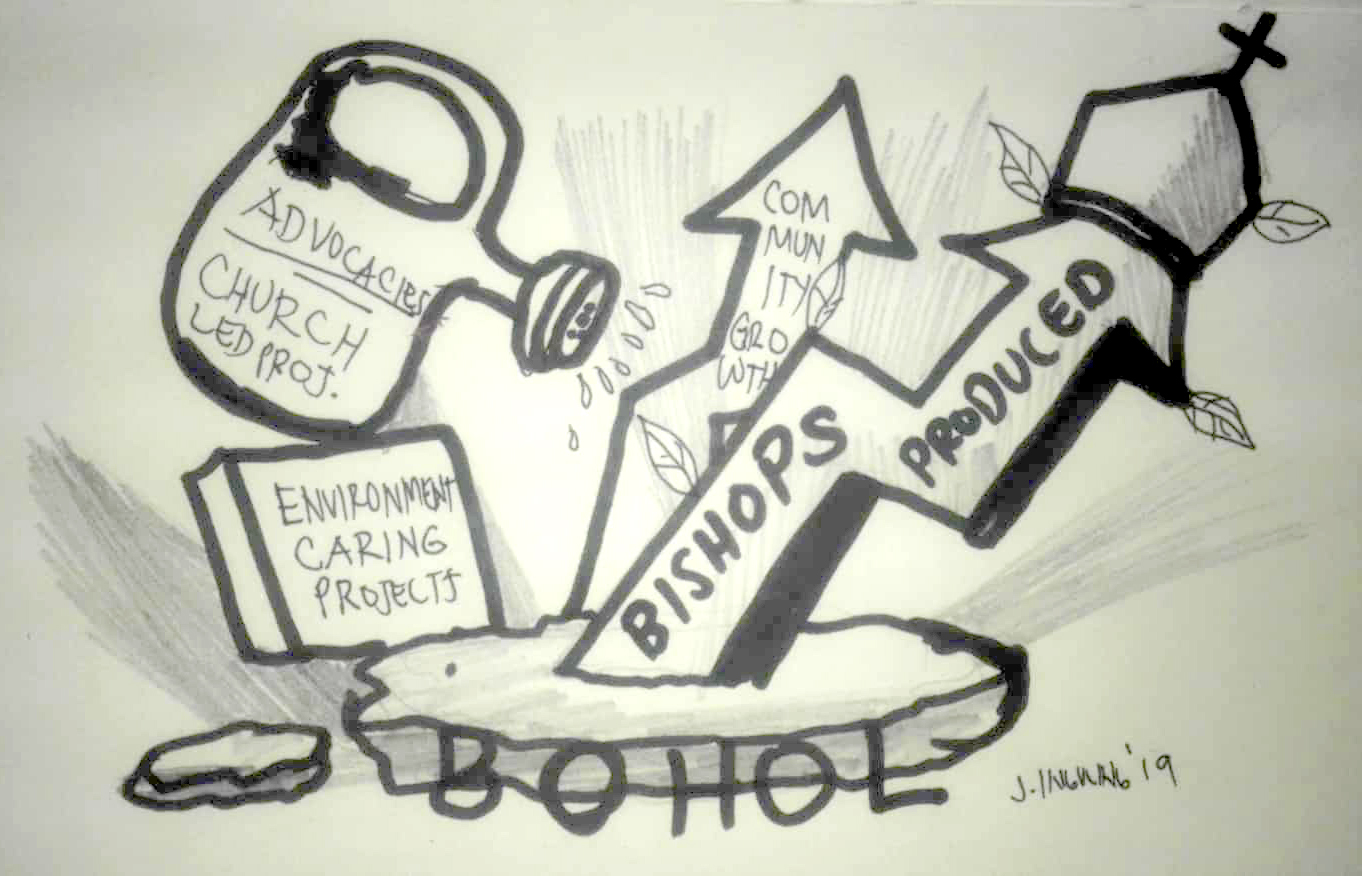 Be bold, be Catholic

Topic |
"Amen I say to you whatever you do to the least of your brethren, you do it unto Me."- Jesus Christ                        "As stewards of God's creation, we are asked to make earth a beautiful garden for the human family. (When we don't) we betray the noble calling." - Pope Francis
ADVERTISEMENT

BOHOL IS KNOWN TO BE THE SINGULAR PROVINCE to have produced the most number of bishops in the country as it continues to shine as an icon of a dynamic Catholic church in this part of the archipelago.

Boholanos are blessed to have church leaders today who are not just focused on the teachings of the Church but is also responsive to the needs of the time.

Only recently, we saw a multitude across the entire province plant thousands of trees to make Bohol greener in the next generation to come.  While other places are forecast to be of denuded forest and greenery, Bohol, without fear of contradiction, will be one province where we can expect more trees and mangroves for our children to take care of.

This is largely due to one of the successful advocacies of the Catholic Church in the province. Bishop Abet Uy of the Diocese of Tagbilaran with the support of Bishop Patrick Parcon is at the forefront of the provincewide tree planting activity.

Amazingly, this has generated support from the people who come in groups to contribute their share for the love of the environment. This care for Mother Nature snowballed to other programs such as the “no to use of plastic”, the campaign against tarpaulin use and of balloons and fireworks released in the air.

The Boholanos are also appreciative of the “Balay sa Kabos” project which has built no less than 600 houses to the poorest of the poor in different remote barangays in the province. This is a Church- led project where funds to build the homes come from families and business firms who have the heart to care for the homeless.

What is more inspiring in this Church- led project is that it utilizes the “Bayanihan” spirit wherein neighbors and friends come together to build the houses themselves. Hundreds of homeless folks are now living in these small houses which they call “more than a mansion as the houses are built out of genuine love.”

There are now some 600 houses in the towns of Jagna, Talibon, Bien Unido,  Guindulman, Sierra Bullones, Ubay, Buenavista, Candijay and in other towns..  Aside from this locally funded houses, the Italian Bishops Conference has also sent support to build some 500 houses more for those stricken by the strong quake which rocked Bohol six years ago.

Also done by the Church is the feeding and schooling for street children and the urban poor.  Saturdays, as some people know, are “happy days” for these less fortunate children as they will gather at the different parishes now conducting the” Fast-to-Feed” program. Value formation talks are also given after partaking of their breakfast.

Seeing these done by the Church gives true meaning to its existence.  It simply shows that the Church is living by example of what people should do to the less fortunate and to the environment.  We need this kind of advocacies so the faithful would believe that indeed we have a dynamic and responsive Church- in words and deeds.

Likewise, Bohol continues to produce priests amidst scarcity of those wanting to join the vocation, The Immaculate Heart of Mary Seminary (IHMS) through its new rector Fr Harold Parilla (who runs a column in the Chronicle) continues to strive hard to attract more to the vocation.  The seminary building will soon undergo total renovation while financial help from the parishioners are very well appreciated.

For verily, the Vineyard is so vast and the workers are yet so few.

There is a movement started in America that moves for a more dynamic Catholic Church: “To re-energize the Church with resources (all kinds) to rediscover the genius of Catholicism.”

So here at home: Be an Ambassador of the Church, Be Bold. Be Catholic.

OTHER CONCERNS OF BOHOL CLERGY AND LAITY

THERE ARE THREE CONCERNS That the Bohol clergy and laity should brainstorm and act together for a common solution as this affects the wholistic nature of the society we all live in.

One, is the need for clarity. Social media is beset by information overload- including engineered fake news and incorrect information. How do we make a collective filter such that we ferret out the truth from falsehood? The bearers of facts from the messengers of distortion and ill-will? What messengers should be shot down, figuratively?

Two is the growing menace of the “Danger of Isolation”. Many people, nowadays (look around you), are lonely and feel abandoned. They pride of many “friends” on social media- but they never really talk, press hands, pat the shoulder or hug each other. When one has problems, one does not know who to converse to, confide and find help, comfort, and direction. Billions of people on planet earth and no one to talk to? Imagine that!

Three is the people’s aching need for “genuine change”. In 2016, the nation elected a leader who many thought could bring real change. But till now, the Church says ” genuine change is still far-fetched. If this populist leader will fail us, to whom shall we go?”

As in many things, even on the side of the Laity’s act of service – there is still also much to be improved. Take a cursory look at the way we behave during the observance of the Holy Mass.

One is the need for the churchgoers to line up in an orderly fashion when they take Holy Communion. In many places, here and abroad, whether jampacked or not- people take patterned turns -instead of rushing to the aisles as if catching the last bus ride in a terminal.         It only takes a little discipline and respect for each other to overcome this.

Second, why is there less participation in the singing of the  Mass hymns as compared to other places? The first culprit could be the “unfamiliar hymns” being sang, Is this is perhaps due to too-much giftedness of Boholanos in music that these hymns are chosen- or are the favorites of the choirmaster?

Even in the communist nation of China, we were amazed to attend Holy Mass in a Catholic Church where everyone sang in unison since they have familiar hymns, thus the mass became very participative. Perhaps, the local diocese can have all choirs be coordinated to sing uniform familiar hymns and with either songbooks provided or lyrics projected on a screen so everyone can participate.

After all, as Mother Theresa of Calcutta said: “when you sing, you pray twice.”Shalom!