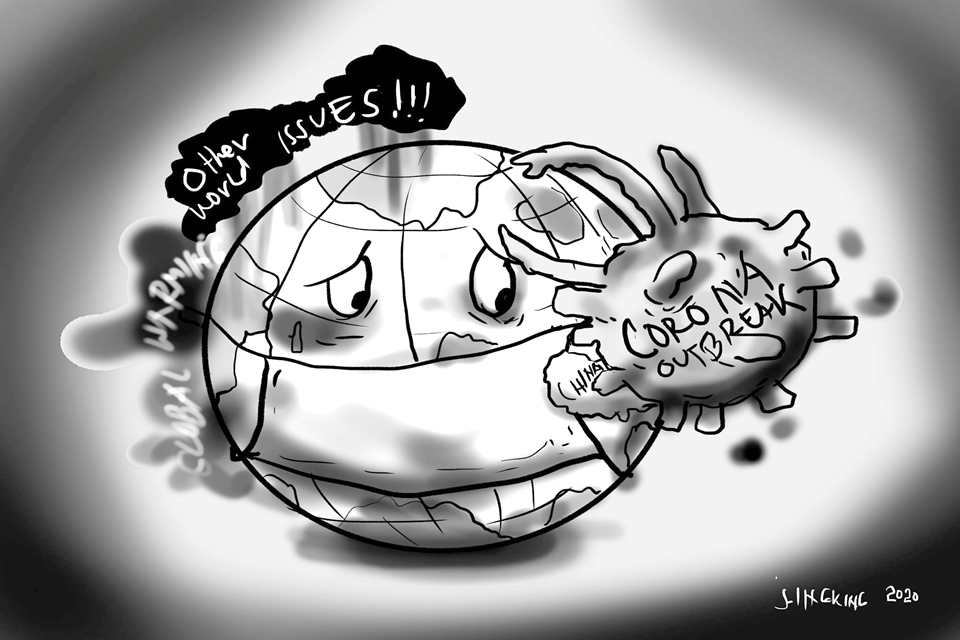 THE LATEST CNN Report last night disclosed there are now 57 nations with confirmed Coronavirus cases including big countries like the USA, Australia and France.

There are already over 40 dead and hundreds infected in a matter of a few days from the outbreak.

Wuhan and 10 other cities are in lockdown situation affecting 60 million Chinese and they are running out of supplies. China is trying to neutralize the spread and is hurriedly building pre-fabricated hospitals in the epicenter (Wuhan) which can be set up in a matter of days.

Emergency medical personnel are wearing diapers and insulated overalls covering their head to toe to avoid being infected.

The world financial markets have reacted negatively (on top of the Trump Impeachment) wherein Dow, Nasdaq and major stock markets are currently taking a beating.

It brings to mind, a similar respiratory disease epic in 2002- 2003 where 800 died and thousands infected with the SARS virus. The saving grace is that unlike in the SARS Phenomenon where China only admitted the outbreak after months, China now has been immediately forthright with the Coronavirus.

US President Donald Trump thanked his China counterpart President XI  for this honesty even if they still trade dagger looks over the “Trade war” issue.

The Philippines is struggling with the issue even as world health authorities say there are safe vaccines against coronavirus but their efficacy remains under severe question.

Bohol dodged the virus bullet when two initial suspects- a 35 year and a 2-year old both Chinese – have been released with a clean bill of health.

But NO COMPLACENCY is a good buzzword to follow. Afterall- Bohol has twice a week direct flights to the Panglao International Airport from Chengdu, China- making us extremely vulnerable to the epidemic.

True- we have thermal temperature cameras installed at the fabled airport but the seaports where most foreigners use to find their way to Bohol are in complete absence thereof. We are, therefore, urging in the highest anxious terms possible, the Philippine Ports Authority to go search and find within the National Budget the wherewithal to fund these gadgets in the seaport areas.

It is comforting to know that we have specific quarantine areas in the Gov Celestino Gallares Hospital in the city and the Del Valle Hospital in Ubay. But that is merely a small comfort, really.

A greater fear lies in Luzon where any transmittal of the virus in the evacuation centers engendered by the “hot-headedness” of Taal Volcano will be catastrophic since the conditions there like -poor sanitation and nutrition, low immune system and the complications from the ashes and sulfur from the volcano – will convert many of the evacuees, God forbid, into the Living Dead.

As we say an ounce of prevention is still worth more than a pound of cure.

We have to live “defensively” now- getting enough nutrition and sleep, staying away from crowded places and contacts with strangers. If it is not tragically important, better to stay home and enjoy passive interests with family.

When conditions, like running nose, coughing and difficulty in breathing are accompanied by fever, do not take chances -go to the nearest medical facility and have oneself checked. If not careful, that day could be your last on planet Earth. Take extra vitamin C as our favorite doctor is wont to advise. Take heed.

Where did the coronavirus and SARS virus emanate, anyhow?

It seems they are both “zoonotic” a new word we added to our vocabulary – as referring to diseases transmitted from animals to humans and then trans-multiplied to fellow humans by contact and coughing the germs into the air into someone else’s lungs.

In a multi-year study by The Scientist Magazine from 1940 to 2012, most of the zoonotic diseases emanated from countries in western Europe and western America. In the latter stages, it came from most developing countries.

But the last two, however, have both come from China where their over a billion folks still carry some bizarre practices. For instance, it is suspected that the SARS came from the ingestion of a certain civil cat- (although we also hear of siopao in some Binondo restaurants to be of a cat’s meat- meoow).

The suspects in Wuhan come from a district there that allegedly sells and eats delicacies of exotic animal food including raccoons, cobras, snakes and dogs. We need, we think ardently,  that to focus our meals on more conventional dishes from hereon is a good lesson as any.

But China, in our research, is not wanting of bizarre events and inclinations. For instance, It constructed a huge dam (as big as the country of Bahrain) containing 40 cubic kilometers of water- so big that upon construction, it slowed down the rotation of the earth a bit.

Or that 30 million Chinese still live inside limestone caves- constructing apartments there that can rival those in Beijing in style and quiet. Or that starting in 1949, the Communist Party decreed the huge country will only have a one-time zone so that some parts get to see the sunrise only at 10 in the morning.

Or that they claim to own all of the pandas in the world. Or celebrate their Chinese New Year (recently canceled in some areas) for 15 straight days where none of them work but get to drink and be merry – with family and friends.

China, after all, is the world’s oldest known continuous civilization- recorded from 6,000 years Before Christ to the present.

But little did we expect that their adventurous spirit of experimentation can lead the world to experience two serious zoonotic epidemics in just two decades (2002-2020).

But our spirits remain high that when the world is threatened this way- some inventive spirit somewhere in this bright universe of overwhelming technology- would appear -like Edison discovering the bulb- to short circuit the coronavirus.

Necessity, after all, is the mother of invention.