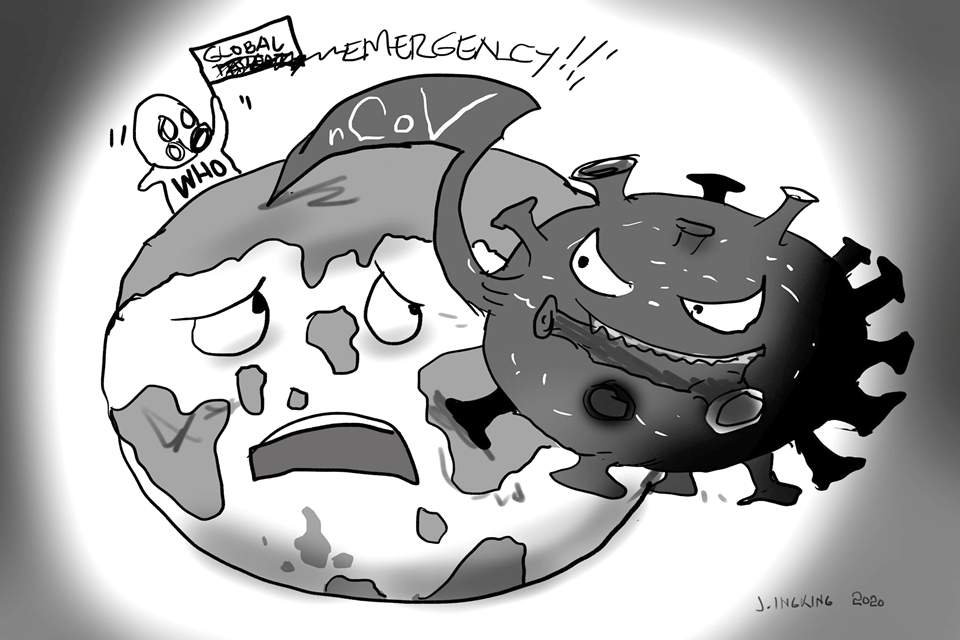 IN  1346-52, THE WORLD Was inflicted with the worst catastrophe suffered by man called the ‘Bubonic plague’ or ‘Black Death’ that caused 50 million deaths and decimated 60% of the population of Europe.

It was also “zoonotic” in nature – or caused by animal origins (rats and rat fleas)  that probably eclipsed the number of deaths caused by world wars and wraths of Nature (storms, eruptions, earthquakes).

It is a dangerous precedent.

The first 21st worldwide plague called SARs (Severe Acute Respiratory Syndrome). happened in 2002-2003. Now, we have the 2019 Coronavirus that has so far killed 241 people and afflicted over 10,000 in 17 nations (not 57 as we erroneously reported last week ). Both are zoonotic.

But because of modern medicine and technology- for certain we will probably not have the same devastation as the “Black Death” brought upon mankind. Or would it?

China has locked down over 10 cities including the Wuhan epicenter (now, de facto quarantined and under an undeclared Martial Law) but 300,000 had allegedly illegally fled out of it – reportedly. Were they infected- where did they go?

Wuhan is an important city of China where many of the car manufacturing companies are located and the Huben province that houses it and the 10 cities locked down cities, according to “The Economist” based in China, accounts for a huge 4% of the country’s Gross Domestic Product (GDP).

Russia, in the meantime, was forced to seal off her 2,600 miles border with China to prevent illegal migrations. British Airways has suspended all flights to and from Mainland China and other airlines could likely follow suit.

Wuhan, right now, is a virtual ghost town with a ghastly video smuggled by a volunteer nurse in Wuhan showing some sections where people were falling down and dying on the streets, people fighting for scarce items in the supermarkets and hospital facilities and personnel severely lacking.

The WHO ( World Health Organization) declared the situation as a “world health emergency” because of the rapidity with which the virus migrated to other countries outside of China. Japan and the USA had already evacuated all their citizens out of Wuhan.

China also offered charter flights to bring home Wuhan residents who are now in various countries to prevent the further escalation of the malady.

In the meantime, we note the 60 million people in Chinese cities in a lockdown situation is the largest “quarantined” populace in global history. How much that cost China and whether in fact, they can sustain such activity effectively is a million-dollar question.

Australia, Russia, the USA and others are racing against time to find the antidote to this supposedly bat-based virus that attacks a man’s respiratory system like SARs. Australia plans to host quarantined citizens in an isolated island, more than 2,000 miles from the Australian mainland.

A medical expert involved in the containment of SARs disclosed that even if a vaccine antidote is discovered, it would take 10 months to distribute this for public usage at large. What does man have to do in the meantime?

The Virus Scare, the potential explosion of the Iran-USA conflict and the debilitating trade war between giants the USA and China are a combustible equation that could lead to a global financial meltdown.

China, last week, suspended the operations of its stock market to prevent a massive sell-off. By tomorrow Monday when it reopens, the value of Chinese stocks is going to have a massive diminution. The other stock markets are in general in bearish sympathy.

The world impact according to analysts would be more “volatile” in financial terms now- since the USA stocks are at a high level compared to when they were at the bottom during the SARs crisis in 2002-2003. Also, at that time, the Chinese economy was not as dominant as it is today (the world’s second-largest).

In short, it looks like a global bearish than a bullish market looking forward short-term.

The Philippines Thursday reported its first virus victim – a 38- year old woman -a tourist from Wuhan who traveled to Hongkong then to Manila and two cities in the south-Cebu and Dumaguete. Did she infect others? The other 29-year old  Chinese PUI (Person under Investigation) earlier died in a Manila hospital. There are now over 50 persons here classified as PUIs.

Generally, the Philippines is at risk because of about 1.5 million Chinese tourists coming in from China to RP every year- the second biggest after the Koreans.

There are POGOs in the country manned by about 150,000 Chinese nationals ( from which province we do not have a record yet)-making the incoming workers all potential risk-bearers.

Some over 200 of them were found out to be illegal and were deported by Manila last December. How many more POGO workers are illegally entering and working in the country from China? They are potential unmonitored virus-carriers.

Friday- President Duterte banned the entry initially of residents of Huben province, possibly later other places in China and the world where there is a predominant infection of the virus.

Health Secretary  Francisco Duque had hinted at suspending the entry of all Chinese nationals to our country. Cebu Governor Gwen Garcia also proposed a 14-day quarantine for Chinese visitors in the country’s quarantine-capable hospitals.

Given the average 4-5 days say of Chinese tourists here- imposing a mandatory 14-day quarantine is effectively telling our Chinese travelers “not to enter the country, at all”. There are some who object to this.

The bigger the animal, the harder they fall.

As of this writing (Friday night), Bohol reduced its risk with the cancellation of the two direct flights from Chengdu, China but the majority are coming in through our numerous seaports. Meantime, the monitoring gadgets for temperament evaluation of visitors are still being awaited at the various Bohol seaports.

This development could at best temporarily hurt the Bohol economy since tourism is its flagship industry and the Chinese ranked as the second-largest visitors here.

One financial expert said that by the end of February and the rate of multiplication of victims does not abate, there is real trouble that it can transform into a “global high-risk financial situation”. If it persists through March 2020, all bets are off and anything mind-blowing can happen.

Those can be esoteric scenarios that only Big Business and the rich can relate. But the Filipino Every Man is concerned more about his life and how to avoid the virus.

There is one school of thought, though, that says a healthy lifestyle is far better than any esoteric face mask one will use.

Loading oneself with vitamins, nutritious food, plenty of water and even just gargling salt and water to cleanse the throat and washing hands more regularly and vigorously are practical To-Dos.  Cleaning hands with soap and water, Alcohol (70% Issoprophyll) and hand sanitizer for a minimum of 20 seconds ever so often are recommended.

However, this is one moment in history, folks, wherein being paranoid, however, can also be more self-limiting than the disease itself. Balance is important.

In the meantime, let us hope the secret antidote appears soon enough on the botica shelves for our peace of mind.

Are they coming earlier than that stage where the Coronavirus has become an irreversible global plague as well?

It is a horrifying thought.