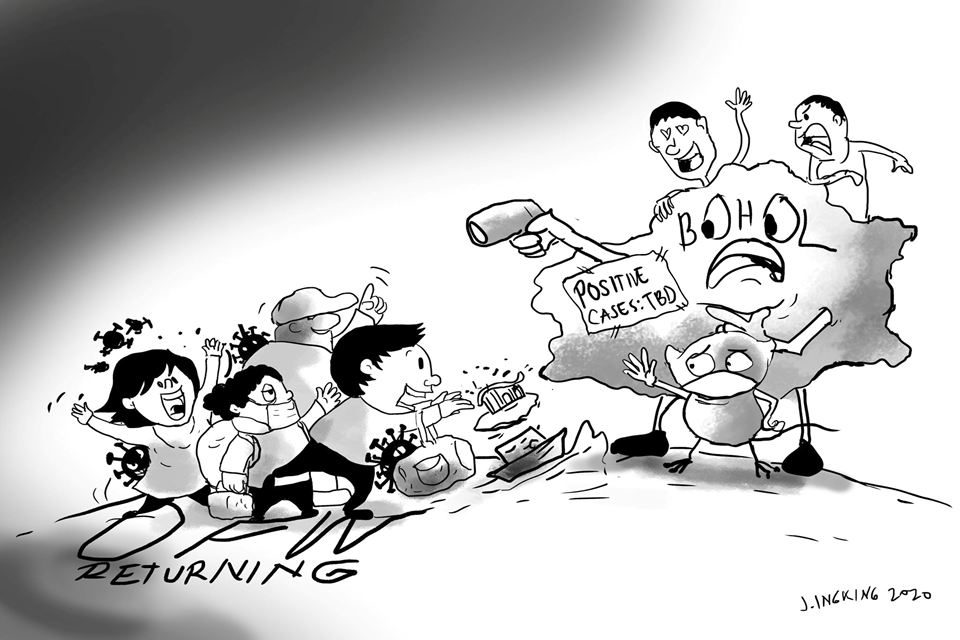 WE HAVE A STRONG HUNCH that there is a legitimate reason why returning OFWs are asked to be shipped to their respective provinces. This is not just true for Bohol- but all provinces.

We surmise that if the fragile health care system in the NCR and surrounding provinces around it- would collapse, the economic impact on the Philippines would be devastating.

Metro Manila and these Cabarzon areas had always accounted for about 70%  of the national GDP. Conversely, budget analysis from the intermediate past also showed the National  Budget was skewed in favor of these cities and provinces.  Cebu is also an important cog, as well.

The nation cannot afford a runaway pandemic in these metro centers,

So, this move to disperse the health risk (away from them) by asking the OFWs to go home is largely an economic one. Of course, for their relatives, it is heaven to have the OFWs back.

But understandably, the rest like 63% of those interviewed in the popular dyRd “Inyong Alagad” and “Tagbilaran By Night” object to their return and understandably so. The risks are high.

One of the unwanted results?

Two of the 58 allegedly cleared  OFWs were found to be positive here. The second testing results on the two still have to be received. Were they railroaded just so to dispose of them in a jiffy to the provinces? That’s very risky.

In nearby Cebu where the prevalence of those – afflicted is high does not serve its constituents well shown in the slow processing of the Vicente Sotto General Hospital under the rapid testing scheme. Two labs have been added to augment the obvious Cebu failure but how accurate?

Now, even before we could shout Covid-19, with only 14-hour notice, some 51 new OFWs coming through the Mactan International Airport came marching in – what can we do but scratch our heads.

The LGU’s position was to let us clear the 14-day quarantine observation period  of the first before the next batch is thrown our way, Nothing doing

So, Bohol is a “low risk” area- but it seems we have chosen to adopt the more conservative ‘Enhanced” rather than:”General” Quarantine Community.

The reasons are twofold. Bohol has not tested enough “samples” – in statistics to be able to rule out we have no undetected walking carriers around. And unless and until our facilities (three floors)  in the Gallares Memorial Hospital.dedicated to the disease is credited in three waves of inspection by the Department of Health and the Research Institute of Tropical Medicine- the level of medical confidence is hard to be established for certain.

According to Dra Mutya Macuno of the Gallares Hospital, we are already 50% already there for completion. Rep Edgar Chatto we heard is one of the strong lobbyists for the top of the line facility.

So it seems Bohol will go “Enhanced” even if its conditions are : “General”

The implication is that the economic recovery will take a backseat while the health issue is addressed this primary way.

To our elementary knowledge of Economics from the demand side, the computation of GDP (Gross Domestic Product) j is Consumption+ Government + Investment ( Imports- Exports) equals the GDP- for the nation or the province.

Now, at least 70% of our GDP is accounted for by Consumption ( what people buy in terms of goods and services).

With the quarantine where businesses are not open and workers not earning or earning partially, the economy ( due to the lack of C) is open to imminent collapse.

That is why it is (G) the government (largely) and some private sector groups who are helping Consumers have amelioration cash to buy goods and services.

This cannot go on forever. Because while the debt/GDP ratio of Government is low- supporting Consumption this way ( for a long time) will strain eventually the Government’s fiscal position and disable it to borrow more in the future if other emergency needs again arise. Investment, due to economic slump is next to zero.

We cannot go on forever relying on (G) Government so we have to rev you the economy) private sector owned) so that Government need not subsidize Consumers forever.

That can only happen- switch to General- if our capability to test patients in terms of speed and accuracy is established, we have a mechanism to sieve unwanted carriers from entering our shores and established a statistical number of test results to say for certain that the probability of Covid-a9 to exist among the non- tested population will be a definite XYZ.

But the resources of Government now and its ability to borrow for Consumer support is not infinite.

In the meantime, we may have to accept the fact that sending back our OFWs here is a certainty or the nation runs the risk of crippling Manila and environs and Metro Cebu with too many Covid-a9 patients.

That is why the parallel effort to do the “Balik Probinsiya” Movement is also meant to take the development of the economy away from being metro-centric and make our provinces vibrant in economic activities that can support their C (Consumption) without anymore relying on Government to a large degree.

BECAUSE WE NEED the biggest broadcasting network to supply us facts (not fake news) from Aparri to Jolo and because our psychologically assaulted populace needs the cheapest entertainment there is via TV broadcasting – in the midst of the pandemic,  ABSCBN should be opened soon.

The closure has become an international black eye for the Philippines and created a Pandora Box with lots of political powder kegs-that everyone should stop for the moment this finger-pointing.

Let history judge the real culprits in this debilitating closure of the nation’s largest broadcasting network.A solution -soon- should be in place.

Tomorrow, the Supreme Court will raffle the petition of the network for the SC to issue TRO ( Temporary Restraining Order) versus the NTC. Congress can tackle the franchise bill which may take a while because there is opposition to the network’s application.

The best, so far, to our minds, is the bill filed by Rep Rufus Rodriguez- to ignore the NTC- and for Congress to provide instead a Temporary Authority  for ABSCBN to operate until June 2022 while the big debate is allowed to prosper in the halls of Congress,

Let us support this bill instead of fanning the flames of a divided nation. Shall we? Congress has three weeks to approve Rufus’s Bill. 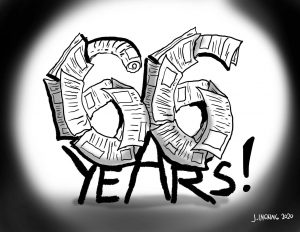 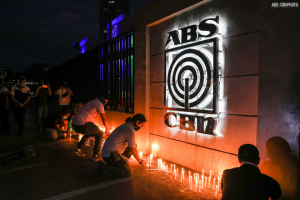 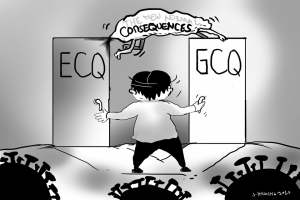 HE WAS NEVER ELECTED Governor of Bohol. But in his close to four years’ journey as Cabinet Secretary, he had… 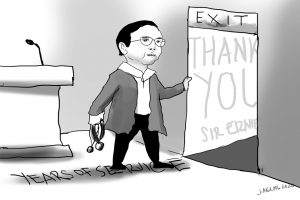 THE COVID-19 SCARE prodded  Boholanos to an unusually totally quiet observance of the Holy Week. Good Friday has always been… 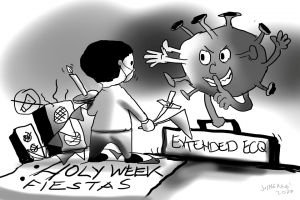