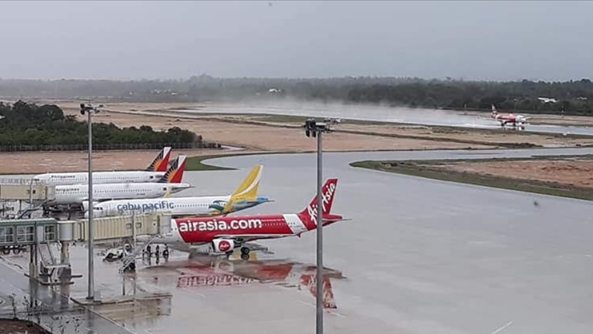 BOHOL IS ENTITLED to bask in the glory of the shimmering success of the PHITEX ( 19th Philippine Travel Exchange) which we hosted for a week.

To be chosen from among all the provinces is both symbolic- reflecting the status Bohol is rated among tour destinations and redemptive- that Bohol was perceived as having strictly implemented the rules of health protocols being established here to ensure the safety of the delegates.

After the clinking of champagne glasses and after the last glimpse of the last delegate faded into the airport’s tarmac last Monday, is Bohol really prepared to reopen  tourism finally- maybe Christmas – in time for Santa Claus’ ride with his reindeer?

The Tourism sites- bubbles, yes, we are ready; but health protocols, we are not so sure yet because of two recent events. The latter is primordial because its failure can threaten not just the safety and lives of tourists but those of  the host Boholanos at large, as well.

First issue is the Philtex delegate tested positive for Covid-19 upon reaching Manila from Bohol. A thorough investigation has to be cemented and establish the fact as to where the delegate actually hinged on to the virus- in Manila before coming to Bohol or right here during the confab?

Either way, the delegate was a walking virus here- possibly spreading the dreaded pest from among the delegates and Bohol officialdom and hosts during the 10-day event? Is the contact tracing system now in place?

The second incident places the integrity and consistency of the whole health protocol system here in doubt when one, a prominent (Panglao) mayor Nila Montero apparently broke protocol (with 16 others) and went to Cebu, with nary a check-up and came back with no quarantine to attend social events- breaking all the rules of the game.

Cebu, as everyone and his uncle know, was once an epicenter of the outbreak. Bohol’s leaders in Governor Art Yap, Vice Governor Rene Relampagos and Rep. Edgar Chatto  even had to self-quarantine, as they interacted with the lady mayor in two events.

Thankfully, the mayor was cleared negative of Covid-19, well and good. But tell us, Watson, where are the 16 others who equally violated the law? Have they been cleared negative as well? If anyone of  the16 is unsafe, what will happen to those crew members who served them during the travel between the two islands?

That seacraft sailed – we know for a fact-without clearance from the Bohol IATF, another breach.

“Leadership by example” applies dramatically in the case of Mayor Montero because she is not just an ordinary town mayor but that of a premier town of tourism, the goose that lays the golden eggs, so to speak Watson, for many a Boholano. Hers is a town that seats the Panglao International Airport, the gateway for tourists who fly by air here.

The public is angered by a town executive who violates the very health policies of her own government. What if a VIP will violate health protocol in the future and run to the mayor for a potential cover-up? She will be caught deliriously in a dilemma- squirming between “the devil and the deep blue sea”.

Such will happen if no sanctions are made on the erring mayor once the final ” complete” report is made on the situation. The fact that it took this long to even complete the story is news in itself. Why? We are a small community- everyone knows what everyone does and does not do. Why tarry on the “final” report?

We do not blame the public to get scandalized that double standard etiquette prevails here where ordinary citizens get charged and penalized for similar pandemic offenses while guilty highly-placed persons remain scot-free.

This is not just unfair. This is a dangerous precedent especially when Bohol finally opens its doors to tourism again.

It is a challenge to the Bohol IATF headed by Gov. Yap to have these two incidents be given a clear, unbiased investigation and tough recommendations.  If Capitol wants the public to continuously follow the health policies, then it should implement these policies equally to both the lowly and the mighty.

On the second issue, many netizens are already wagging their figurative tongues saying that “political and business interests should end where the almighty public interest begins.” The public should remain vigilant on this one.