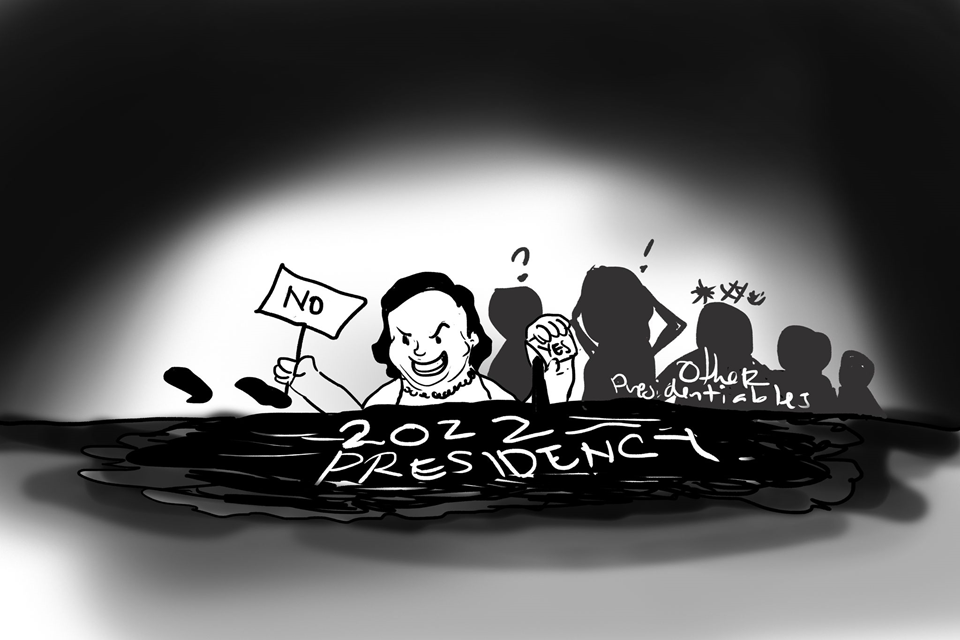 AS THE DATE OF COC FILING in October, nears- instead of unraveling, the race for the presidency in May 2022 is becoming instead “as clear as mud.” No one seems to be gunning for it openly. Why?

Senator Bong Go, with a loyalty medal from President Duterte, was just here in Bohol this week and said he ain’t running.

The Davao-based senator says he will, however, bow to the wishes of the Dutertes. Papa Digong had always the name of the senator among his potential successors. And, many times, the father reportedly told the daughter the “presidency does not fit a woman” or words to that effect.

Now that Inday Sarah looks more inclined to run what did the fatherly advice, therefore, amount to? Days ago, the president himself after years of abhorring the stresses that a presidency brings- suddenly becomes “ripe to the idea” of running for VP. At one time, the Davao City mayor was quoted that she and Papa Digong will never run together. (In one party, she did not categorically say).

Meantime, the ruling party PDP- Laban is thrown asunder by the Pacman and Cusi factions. Before flying for his August fight with Errol Spence, Pacman fired Cusi and company for acts prejudicial to the party. The July 17 national meeting of the party called by Cusi might do the same on (acting president)  senator Pacquiao and allies. Where is senator Koko Pimentel now?

The ruling party is as orderly as one’s hair when we wake up in the morning and many members are red as crab in the faces from embarrassment over these intramurals.

Early last week, the president indicated he might join the group of Sara (Hugpong sa Pagbabago). Does this give the puzzling conclusion that Cusi’s group might not have the numbers in the July 17  PDP-Laban showdown? Or is it a bluff of the president to shake the party mates to the realization that the very Chairman of the party can leave the group if his wishes are not met?

It is indeed a puzzlement, according to the King of Siam.

Ilocos Sur kingpin (Pacquiao’s financial buddy) Governor Luis Chavit Singson weeks ago officially joined the NPC (Nationalist Peoples Coalition) -people thinking it was Pacman’s fallback if PDP-Laban disintegrates or he is kicked out. But lo and behold, this week Senator Panfilo Lacson and NPC president (senate president) Tito Sotto are together in a “Tour of Luzon” – to gauge the pulse of the people. The NPC has not acknowledged, much less supported officially a putative Lacson-Sotto tandem.

On the other hand, the Opposition’s “best bet” VP Leni Robredo is apparently still in “limbo” – undecided if she will be president or just a Camarines Sur Governor. Senator Antonio Trillanes is there, but he is clearly vice-presidential material only based on following. Vote-getters senator Grace Poe and Manila Mayor Isko Moreno seem nonchalant about it – or just keeping their aces close to their chests?

So, Watson, as of July 11, 2021 (today)- despite the huge stakes in 2022, there seems to be no one announcing that he or she is salivating for the presidency. As far as that goes, the horizon, therefore, looks as foggy as Taal’s emissions right now. But a big volcanic explosion can happen, anytime, as well.