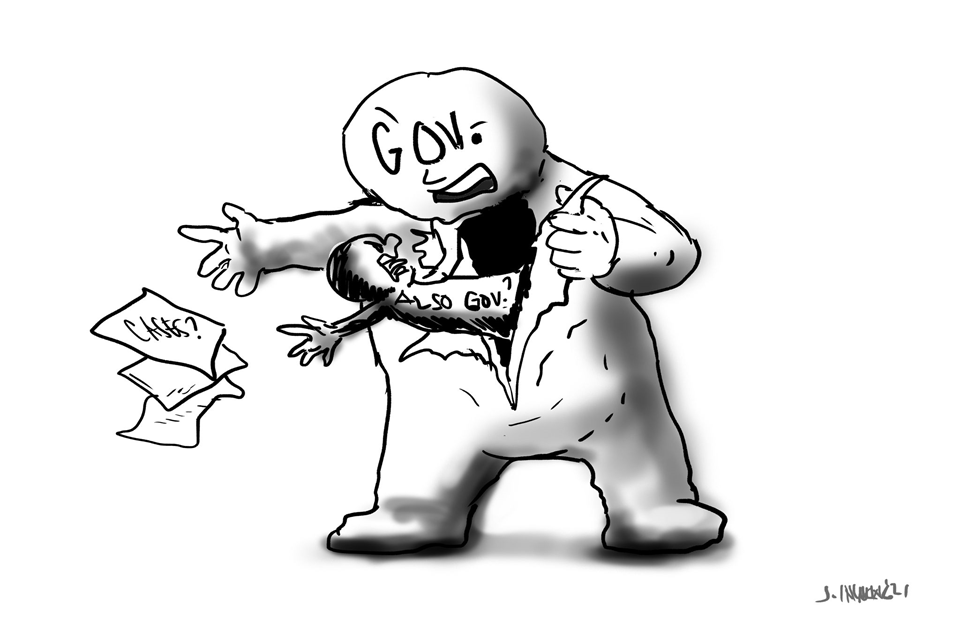 “Time will inevitably discover dishonesty and lies; history has no place for them.”-UNKNOWN

THE MAGNITUDE AND FREQUENCY By which cases have been filed and accusations made against Governor Art Yap and some provincial officials seem to create a “trend” that makes people ask if “perhaps” there must exist a “government” within our provincial government. Why?

It is a separate “government”, as alleged by the accusations- because it appears to be  bereft of respect for the Constitution and the laws particularly in the governance of public coffers -since millions are alleged to have been inserted into deep pockets through the dirty hands of politicians and their collaborators. People seems to be making hay while the sun shone like it was nobody’s business

Graft and corruption in government are as old as ancient history, For it was aging US President Benjamin Franklin who quoted: “There is no kind of dishonesty into which otherwise good people more easily and frequently fall than that of defrauding the government.”

Maybe because as the Marxists say “Power corrupts and absolute power corrupts absolutely.” And government officials have mighty powers.

Three-termer former city mayor and lawyer  Dan Lim must have seen enough to recently file a non-bailable “plunder” case against Yap and members of the BAC (Bids and Awards Committee) for adding salt to the wounds, as it were, on a starving public due to the pandemic – by sourcing part of the P195-M rice (subsidy) from at least two sources of dubious origins.

Two of the five, curiously based in faraway Pangasinan, Purita Inc and All Seasons Corporation, (P53M total rice supply) according to Lim’s investigation – appeared non-existent. Everyone knows that Bohol has been known traditionally as a “net exporter” of rice and that rice farmers have been brought to near annihilation by the “Rice Tarrification Law” and therefore needed a shot in the arm, like the government buying palay from them (not elsewhere in Luzon). Why Pangasinan, Bro?

Lim added three other items, two- one touching on allegedly “irregular” prices of oil bought by the government from Petrobest and the other- a negotiated oil purchase  Pfor5.5M. The third was the awarding of a contract to an event management corporation long after the event had occurred.

Earlier in March 2021- Lim also filed several cases for violations of Sec 3 of the RA 3019 or the Anti Graft and Corrupt Practices Acts against Yap which was covered heavily by a national paper, The Philippine Daily Inquirer and with some follow-throughs in national TV and radio.

The cases covered allegedly spurious purchases of motorcycles, communication and security system, and mobile x-rays and another case involving another event management.

This week- a double black-eye was transported to the Office of the Governor when maverick contractor Nilo Sarigumba, acknowledged leader of an SEC-registered 55- member Association of Bohol Construction Companies, Inc (ABBCI), and speaking for some colleagues requesting anonymity, blasted Capitol for continued corruption in the dispensing of government construction contracts.

The accusations are two-fold: the alleged 18% kickback (rising to 23% in certain cases) demanded and the “clearance” required by a certain “Irwin Sy”, allegedly Cebu-based-  of all government contracts even as far as covering the distribution of bidding forms which should be given as a matter of course. Who is “Mr. Irwin Sy” is the same question people posed on “Mr. Ivan” his counterpart in the alleged “tongpats” for the “anapog” version.

The aggrieved parties could no longer stomach the intemperate greed of the “commissioners” and their consistency in raiding the vaults of government. Five percent, then, was the magic number but 23% is a suicide note, the contractors complained.

Records show that a certain Muana Construction (not from Bohol) reportedly corner almost more than half of the provincial deals; the same “lucky” company said to have hooked a gargantuan pile of contracts, as well, from the third district of then-Congressman Yap in the amount of P27.1 B (2010-2019). It is almost surreal in its size – only that the figures originally come from the third district engineering offices.

The Ombudsman is looking at Lim’s bombshells; two dedicated NBI agents on the allegations of the Bohol contractors as they validate the paper trail and of course, we have lost track of the number of pending cases filed against the same Yap while he was Secretary of Agriculture of president GMA.

These are cases, Watson (2003-2021) that span three presidents ( GMA, Noynoy and Digong) – so that if this does not represent a “trend” then the world must be flat (not round, perhaps). We are tempted to say ” if it walks like a duck, quacks like a duck-then it must be a duck”. But let us leave that to the intelligent judgment of our readers to decide if there is a single thread that seems to sew all these cases leading to a case of “flawed character”.

Arguments like ” we are innocent until proven guilty” and “that’s just harassment for political propaganda to unseat me from power” are not the right legal answers as Atty Arthur Yap knows. Neither is saying that this was done  similarly to VG Rene Relampagos before and was proven false – which is again another “argumentum ad hominem.” Besides compared to this avalanche of cases vs. Yap, that of Rene was “petty cash”.

Ladies and gents, all the above this Media outfit did not manufacture. People came out in public and slammed them frontally. Our only concerns as the Fourth Estate are two-tiered.

One is when -kickbacks occur, substandard materials and operational shortcuts will necessarily be done so that the contractors do not lose their shirts in doing their jobs. The public clearly suffers in inferior public works and /or supplies as the case may be. Anything that is prejudicial to the public interest, we will stick our neck out and will certainly follow through with the cases as they unravel. We owe it to the public.

The second lesson comes from inspirational best-selling author Stephen Covey. Says he: ” The more people rationalize cheating, the more it becomes a culture of dishonesty. And that can become a vicious, downward cycle. Because suddenly, if everyone is cheating, then you feel the need to cheat, too,”

Is a society wallowing in a culture of dishonesty, one you would like to live in? Further, is it one you want to bequeath to your children as your lasting legacy? We must have enough shame.