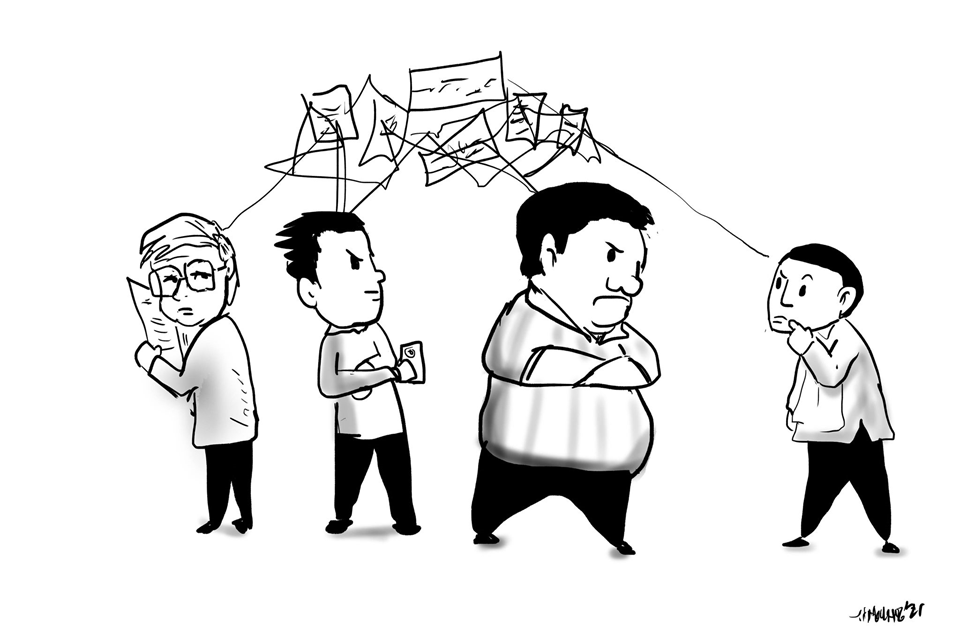 LEGAL LUMINARIES consulted on the case filed by Governor Art Yap in Makati versus three respondents for inciting “sedition” with conspiracy- concluded it is just “pure harassment” if not downright laughable.

Downright ridiculous to be lumped together as “conspirators” are Dejaresco and the two others who are incompatible as oil and water. Dejaresco and Ramasola have never met in person, talked on any phone, or messaged each other in the “two years” the governor alleged to have been maligned by both social and mainstream media with respect to his acts as a public servant.

Ramasola disclosed that he was willing to swear under oath that he and Dejaresco never communicated in any medium before and was willing to waive his right to privacy and allow the NBI to “check his emails and phone logs.”

On the other hand, most Boholanos know that former city Mayor Lim and the twin media institutions’ head (Dejaresco) were mortal enemies (over public issues) from 2007-2013 and thereafter, avoided each other like a plague whether in airplanes, parties, or graduation rites of children. The only time the two met in a civil manner was after Lim filed a charge sheet against Gov. Yap last March on very serious charges involving millions of pesos, that were of genuine public interest.

Lim was on the air at station dyRD to elucidate his charges and the two (Dejaresco and Lim) met right thereafter (never before).

Now, how then can Dejaresco ever be part of a “conspiracy” (going on for 2 years, per Yap) when a conspiracy is defined as ” 2 or more people agreeing to commit an act, then take some action to its completion.” Maybe, they conspired via mental telepathy?

On the other hand, “sedition” is defined as a crime against the state, caused by organizing and encouraging opposition to the government. The involvement of the BCRC media has always been on issues touching on official acts of Governor Yap. and in a few cases the Legislature(like the aborted purchase of vehicles amid the pandemic). And, besides, Yap is NOT the Philippine government.

We have high respect for the Judiciary, the many LGUs (which comprise the provincial government), the hundreds of dedicated staff in government, the government agencies and the military which has done a reasonably good job in peace and order here amid Covid 19.

Besides , “a province is just an administrative division within a state and country.” So, what sedition against the state is Yap talking about?

The old jurisprudence used by Yap is a 70-year old case that involved a personal protest against the entire government of then-president Manuel Roxas. Can a province consider itself a state?

Moreover, a major overhaul of the Philippine Constitution was already done  (from that ancient time) during the 1987 Freedom Constitution that did away with repressive and old fashion rules that hampered man’s individual freedom and liberties.

Gov. Yap also admitted in his interviews that he had to file the case to stop (hunongon)) the so-called daily tirades against him and the Capitol. Onion-skinned as he is known, perhaps he does not really want to be criticized and his recent act is not really to ferret any truth but to stop any further opposition in aid of his reelection.

If indeed Boholanos are now agitated as to be easily led to rebellion because of this so-called “sedition”, why is Yap (too) freely going about his town visits (and in the past with protocol violations, still )  and without a coterie of military escorts  ( to protect him) if citizens are now so inflamed with anger towards him?

The media bears no arms and as governor, he has the full backing of the military and police. The media’s only weapons are Guns of Persuasion- and maybe we cannot be entirely at fault if the governor feels somehow that perhaps some public-based tide is turning against his political interest.  But all we know (for certain) is that respect by other people is always earned not demanded, our Ethics teacher told us.

He has over a billion pesos in his provincial budget to use for propaganda and media- why does he still want our Mainstream Media to shut our mouths and stop us from writing news and opinions of PUBLIC interest? (We never talk about his personal life or private preferences, for instance).

By attempting to shut us down with cases like this- does Yap prefer that the Boholano community listen to just one and only “Radio Capitol” and “Capitol Chronicle”? Are we in a democracy there or are we in danger of reverting back to the dark ages of monolithic thought and silenced opposition? Do you want to go back to that, ladies and gents?

What brings people to rise up in protest will not be endless broadcasts or tons of sheets of newspapers. It is a hungry and angry people (see news item: at least P20-Billion lost and 200,000 jobs evaporated in Bohol) and the 300,000 Boholano rice farmers displaced by the Rice Tarrification Act and awaiting their redemption from their daily hell of hunger and powerlessness.

In one of his interviews, the governor mentioned veiled threats that even the staff of the contrarian media ( us specifically) could be included in the charge sheet if they do not kowtow to his “definition of journalism”. Beg your pardon, sir, we are no slaves and we intend to remain as free men as we were born such.

It is people who cannot stand public rebuke and criticism who have, in fact, been responsible for making this country the 7th most dangerous nation for journalists in the whole world. But we are not alone as the world is watching.

The recent anointment of Maria Ressa of Philippines’ Rappler and a Russian media man as Nobel Peace Prize awardees this year shows that the world acknowledges the power of and the need for media to balance the power between the haves and the have-nots, politically and economically. And, too, remember that the print and broadcast media in the Philippines – are NOT disorganized. ( Read “One Voice” this issue)

And the citizens of this beloved island, ponder this. Our heroes fought and died for us to obtain our freedom. Continue to exercise it- use your God-given intelligence and technology to tell the world about any anomalies and abuses of government that you see. Report them to 8888, the anti-crime bodies and COA-  let our countrymen know. Do not be intimidated.

And not just about Yap and his cohorts- all crooked deals you know for sure in your localities and wherever. We always deserve the government we get.

Remember that all salaries of government men and their projects are paid for by the taxes you pay starting with everything you buy (through the VAT in everything that is sold goods and services) to other taxes.

Therefore, become engaged citizens developing a “watchdog culture” over our public funds. Do not be drowned out by cynicism and accept that corruption and abuse are already a way of Boholanos’ life. Consult your priests, pastors and enlightened community leaders for guidance.

Reclaim your right over the land and resources. They belong to The People.