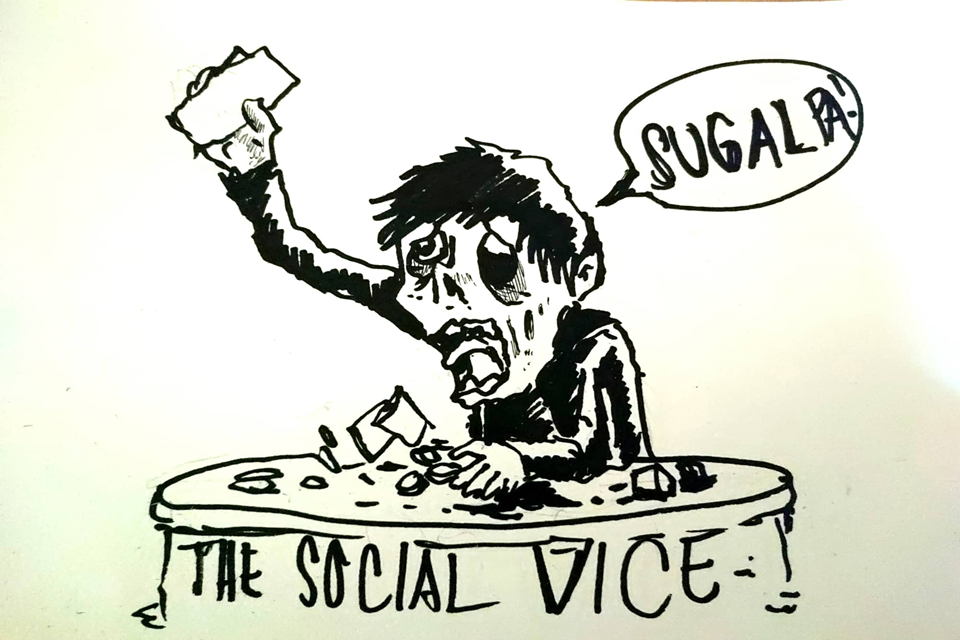 THE PROLIFERATION OF GAMBLING-  betting on uncertain outcomes is as old as the ancient Greeks. People bet- on anything that had at least two possible outcomes – whether Celtics or Warriors, baby boy or girl from Mama, head or tail ad infinitum.

It is also said that there are three kinds of gamblers: professional, social and problem gamblers.

No problem with the professional (he had developed skills and gambles sparingly), and the social (just for entertainment and manages the amount of risk) but the Problem (gambles for mood reasons and does not know how to stop- through addiction and in order to recoup losses).

The truth about the “curse of gambling”  that never dawns on players is that “gamblers with finite resources continuously playing will go broke against the player with infinite resources – in a fair expectation game.”

Sadly, most gamblers’ life is governed by a cycle of winning, losing and then becoming desperate. If he wins he wants to bet some more to win more; if he loses, he bets more to win back his losses.

Then the stages of his life unfold as he “borrows, begs and then steals”. The last stage destroys families, relationships, businesses and sanity.

Gambling is probably the worst form of social vice. Alcoholics can drink and then collapse from toxicity and recover; most drug users too- except the unfortunate ones who die from an overdose.

The womanizers can buy sex and let the party go – the worst ones set up a house and a mistress and pay for her keeps. But usually, there is a limit. Gambling does not have. It just goes on and on. It becomes an addiction.

Compulsive gamblers withdraw all their cash and then peddle or mortgage their cars, property, titles and houses. Then the alert “loan sharks” are always near him- ready to offer him the rope to hang himself.

When big-time money is involved, things can become violent. For instance, one of the reasons looked into behind the bloody murder of popular actress Nida Blanca in 2001  (bless her soul) was reportedly her link with casino players ‘ financing. Was this proven?

There has been a recent violent incident for control of the Okada Hotel Casino between two bloc owners-shareholders in Roxas Boulevard – news that shook the business pages days ago. Eleven prominent E-Sabong aficionados are still missing to this day- considered now dead, by most. We all hear of how the Mafia also in the past used to exterminate the enemies of their gambling empires. The violence is so similar -in any decade.

It is because gambling is “big money”. The E-Sabong (which Duterte scuttled because of its huge “social costs) raked in P600M per month to government coffers.  In Bohol the Scorpio STL operation remits P2-Million a month to the government. It is under a war of attrition with “Peryahan ng Bayan” allegedly illegally operating in 18 towns under reported police and LGU protection. Is this all true – and without contributing anything to government coffers?

There is just too much financial gain at stake in gambling- that’s why.

Poor Juan de la Cruz parts with his P1 per day to win either P400 or P500. Sometimes, he spends for three draws for P10 a day investment -to strengthen (not ensure) his probability of winning. But that P10 a day is already P300 a month, just his minimum wage per day but  Juan anyway takes the risk and deprives his family of one-day sustenance.

Just ask any of them, though, in all honesty as to how much they have actually won versus his total “bets”. Many of them even complain that they are dirt poor yet are able to throw away P300 to P1,000 a month to bet on an uncertain outcome in gambling. Why always take the “easy money” route that is unsure?

President Duterte was so shocked at the extent gambling has made their unfortunate practitioners become- going crazy “not sleeping ” 24 hours just to look for betting money to the neglect of his family and business- that he decided to forego P600M a month government collection per month to save the many suffering Filipino families enduring the huge social costs.

That’s why even the Catholic Church represented here by our bishops Abet Uy and Daniel Farcon have been very vocal about their opposition to gambling and the attached instrumentation that afflicts many Filipinos leading to their poverty and then- criminality.

Gambling addicts, take heed and think hard about this.

PHARMALLY AND A PRESIDENTIAL SPOKESPERSON

JUST FOR THE RECORD so no one forgets their names as senators of this republic.

Here is the list of senators that did not sign the report of the Senate Blue Ribbon Committee recommending charges against private executives and government officials who were found to connive to deprive the Filipino people of pandemic funds in the so-called “Pharmally Scandal”: Senators Imee Marcos, Zubiri, Angara, Poe, Villar, Gatchalian, Lapid, Pia Cayetano, Bong Go, Revilla and Tolentino.

At least two of them (Zubiri and Gatchalian) recently explained that they did not sign because they did not see President Duterte’s complicity in the scandal costing hundreds of millions of pesos. There may be others of the same mind.

On the other hand, those who signed are:  Senators Gordon, Lacson, Pacquiao, Pimentel, Hontiveros, Pangilinan , De Lima,Drilon and Recto. It was a close 11-9 vote.

Hontiveros said, however, she will refile the same case once Congress resumes business.

Meantime while President-elect Ferdinand Marcos Jr.peviously said he would not need a presidential spokesperson, it seems he has changed his mind and is allegedly narrowing the choice between media practitioner and former ambassador Bobby Tiglao and Karen Jimeno.

Jimeno seems the better choice- mild-mannered and is a lawyer while Tiglao is generally known as “toxic”- opinionated, brash, brooks no opposing views, and biased. Tiglao might get an idea of how a spokesperson of a similar cut- Harry Roque-  is appreciated and rewarded by the Filipino people.

Roque was thrashed in the recent senatorial polls into the near oblivion with his poor showing.