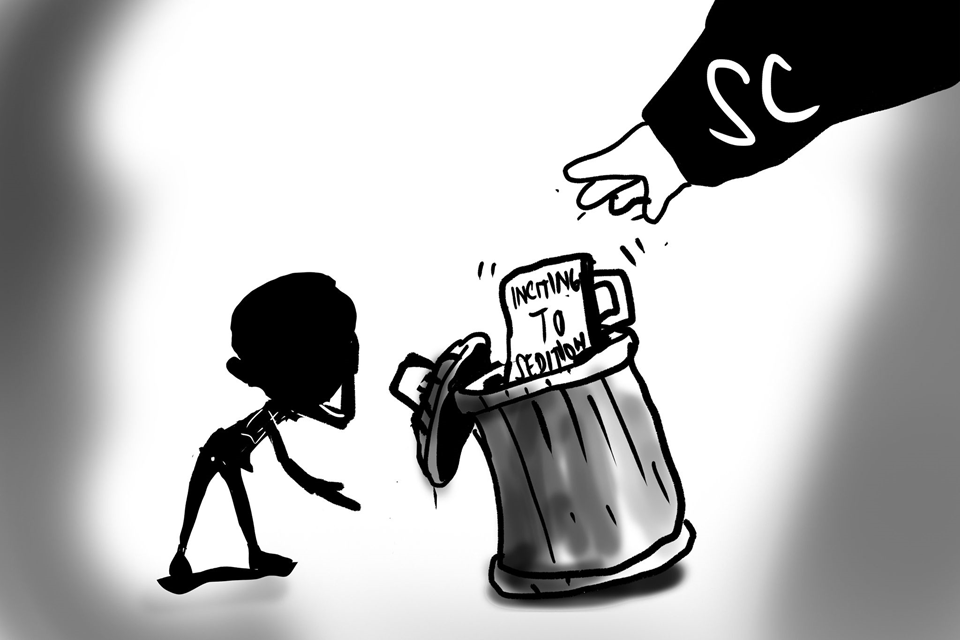 AFTER THE COURT OF PUBLIC OPINION publicly thrashed incumbent Governor Art Yap and his Capitol allies in a resounding defeat in the last May polls, a legal court in Makati junked the “inciting to sedition” case tied to the CyberCrime law against the Chronicle  Associate Editor and DYRD  Manager Peter P. Dejaresco for “lack of sufficient evidence”.

The twin events vindicated the twin media’s two-year battle with the Capitol over the issue of good governance, transparency and competence. The latter had earlier branded the BCRC media institutions as “allied with the political opposition” and a “purveyor of fake news.”

The landslide loss of Yap and cohorts, however, in a way, indicated whose word the public trusted more.

Caught in Yap’s frothing mouth was his main aim regarding the case: to stop the opposition from dissecting him. So, it is of no great wonder that the case he filed had no legal footings. It started on the wrong premise.

Lady Justice has said her piece: blindfolded from any and all biases, with a weighing scale to objectively assess the merits of the case and a Sword to mete out or hold back punishment on the accused.

The complainant failed to establish “probable cause” that a case of conspiratorial inciting to sedition occurred among the respondents. Conspiracy needs direct evidence, not conjectures. The similarity of their (accused) causes does not automatically mean conspiracy.

Dejaresco was years away from Lim emanating from issues regarding his style of governing the city years ago; Peter never even met Ramasola in his life. The “Conspiracy Theory” was a big joke.

That the three aired public grievances simultaneously, the court said, cannot presume that the three “acted in concert with one another.” Similarity and simultaneousness do not mean outright “conspiracy”.

The BCRC media never, at any time, encourage people to rise in rebellion against the government despite the many issues thrown against it. Neither did this media hide these criticisms as if they were “evil” things to be concealed.- they were all printed and discussed publicly.

The Court dutifully found 7 elements necessary in a sedition case to be missing. Aside from not encouraging rebellion, Governor Yap was freely (not prohibited) doing his functions about towns, with a coterie of staff and bodyguards with him aside from having the PNP under his command.

The public was not encouraged by us meeting illegally to organize dissent but was merely reminded about their rights as citizens during pandemics and natural disasters. Never were Boholanos encouraged to riot but were even defended by this media when Gov. Yap warned the president of riots if aid was not rushed after Odette. This media said “Boholanos are not like that.”

The media’s exposure was never meant to sow chaos and disorder and disrespect of authority but was aimed, instead,  to have an orderly community through good governance, transparency and effectiveness among the government bureaucrats.

The Court then defended the press that “freedom of expression” is a basic component of our Constitution. Therefore, there should never be “prior restraint” in the discussion of issues of public interest. Officials are expected to, at all times, be accountable to the people.

The Court said the only time the press can be restrained is when the speech or publication can immediately and likely lead to an evil that the government has the right to prevent. This is the principle of “clear and present danger”, a circumstance, by inference, the Court did not find prevalent and apropos to the case at hand.

Also cited is the often-cited jurisprudence on the Jalandoni vs. Drilon case: ” The interest of society and the maintenance of good government demand a full discussion of public affairs. Complete liberty to comment on the conduct of public men is a scalpel in the case of free speech. The sharp incision of its probe relieves the abscesses of officialdom.

Men in public life may suffer under a hostile and an unjust accusation; the wound can be assuaged by the balm of a clear conscience. A public officer must not be too thin-skinned with reference to commenting on his official acts. Only thus can the intelligence and dignity of the individual be exalted.”

With that, we rest our case. The Mighty God be praised. Shalom!