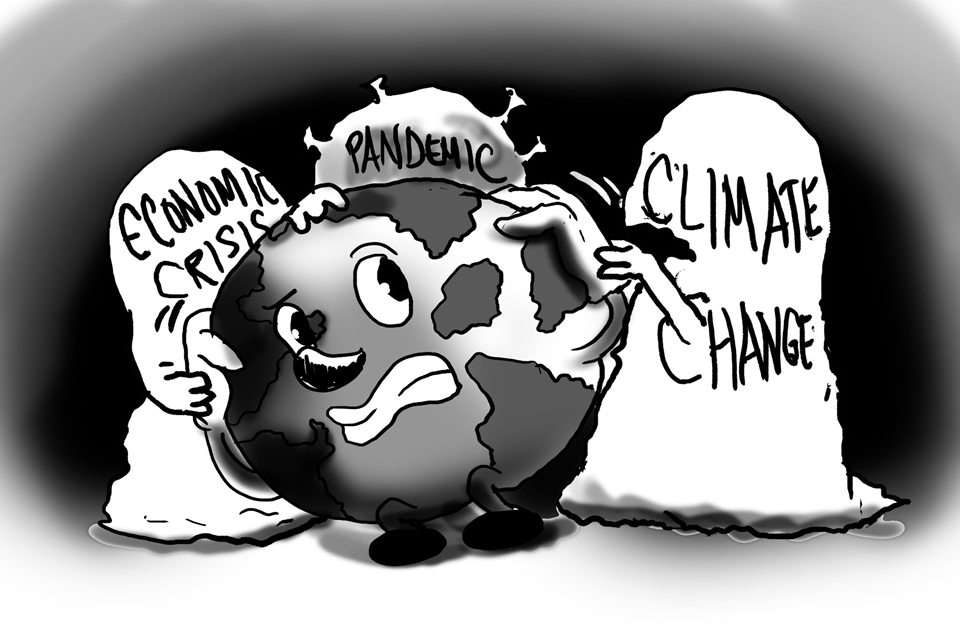 DERIVING FROM ELLIOT WAVE Principles, it seems the world is programmed to have an economic catastrophe, almost unerringly, every 10 years or so.

Today, the world is still reeling from the effects of the medical and geopolitical events affecting the major economies of the United States (biggest), China (2nd), Japan (3rd) and the EU (European Union). The IMF (International Monetary Fund) already lamented the debt default of countries like Sri Lanka, Lebanon, Russia, Suriname and Zambia with Belarus on the verge of default.

Also in deep trouble with huge debts are Argentina, Ecuador and Egypt.

In the USA, the GDP contracted by 3.4 percent (2020), rebounded by 5.7 percent (2021) but again went into negative territory for the 1st half of 2022. Inflation hit a record 9 percent in June but decelerated somewhat to 8 percent in July this year. The FED had used hiked interest rates to fight inflation- hoping to bring consumer demand down and stabilize prices.

Technically the USA is in a “recession” having contracted GDP for the 1st two consecutive quarters of 2022. In this second half, consumer shopping, dining, and traveling are perceivable but slowing down as investments and employment appear robust. But a forecasted GDP growth rate of 1.3 percent in 2022 and a slower .2 percent in 2023 do not augur too well for the biggest economy in the world.

China, the second largest, is even worse off. From a purely communist state-controlled economy, Chairman Deng Xiaopeng introduced in 1978- a hybrid capitalist/socialist economy. This resulted in n high GDP growth rates of 10 percent in the 80s to the 2000s. As China’s economy matured, however, the GDP rates scaled down to 6 percent thereafter.

Due to its strict Covid 1 zero policy, China’s supply chain is broken, employment is down and inflation is up. The real estate crashed 70% recently and could drag down some banks and consumer spending weak. China suffered a 3.3 percent GDP contraction and this year 2022, the 5 percent GDP growth projection was narrowed down to only 3.2 percent. The China solution in terms of monetary policy is to slash interest rates, the opposite of the USA policy.

President Xi is expected to be reelected this year as China’s Boss but he will be facing a far more troubled China than he has ever seen in his reign. Can he hack it?

Till up to the year 2010,  Japan was second to the USA economically. However, despite its highly developed technology, Japan has sort of stagnated.  It is still the third largest in nominal GDP in the world and 4th in purchasing power.

But Japan’s per capita GDP has been stuck at the US$40,000 /year level for over a decade now.

What about the EU (European Union) made up of 27 countries and accounting for 1/6th of the global economy? Like USA’s 8 percent, and China’s  9 percent, the inflation rate of Europe is also high at 7.6 percent. It is pummelled by food and energy shortages since the Eu is very dependent on the oil coming from the gas pipeline coming from war-torn Russia.

Europeans have been asked to cut back on energy consumption by 20 percent to avoid rationing which will hurt as the Eu faces a cold winter ahead.GDP contracted 2.3 percent in 20221 and this year’s forecast has been cut from 4 percent to 2.6 percent and GDP is expected to remain sluggish up to 2024. Eu suffered its last recession in 2008-2009.

Germany, the UK, France, Italy and Russia make up more than 50 percent of the EU economy. However, since 2010, the following European nations have been in debt default: Greece, Cyprus, Ireland, Portugal, Spain and even Italy. The only way out of the EU is to escape from its pernicious oil dependence on Russia and seek alternative fuels and sources elsewhere.

Of course, millions remain unvaccinated in Africa and there is famine in many other regions. Taiwan and China are showing dagger looks to each other, Afghanistan remains a turbulent country of violence, the South China Sea full of contentious claims. North Korea is still saber-rattling and Russia and Ukraine continue to trade bombs.

This is our world today- awfully chaotic and economically faltering. Brace yourselves for what is next.