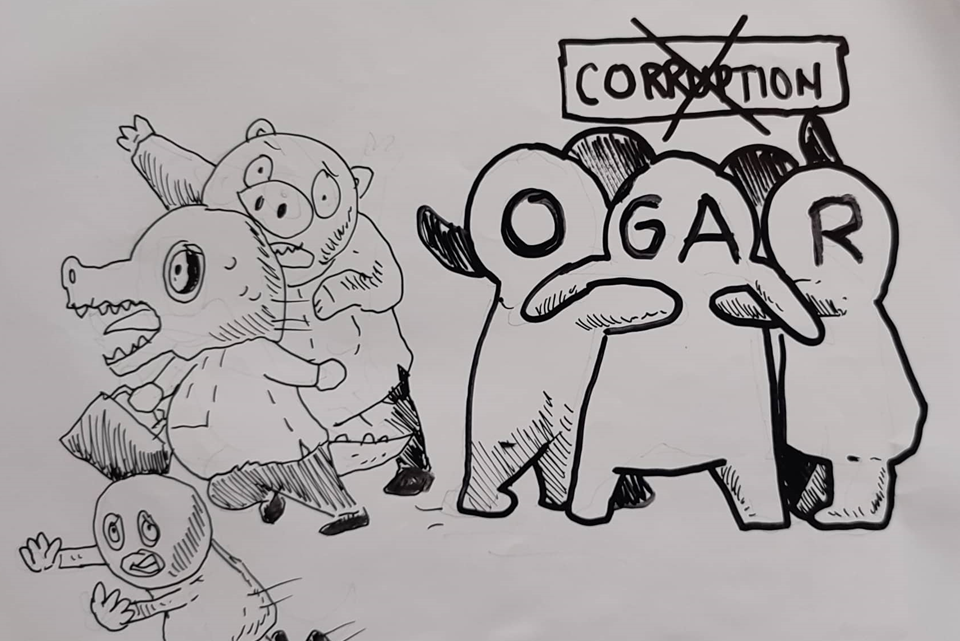 THE ANGER OF BOHOLANOS translated into the crushing poll defeat of former governor Art Yap is translating into a wave of rising expectations that the corruption issue is given true meaning through the conviction of criminals.

Take our word for it, people will be tabulating results. And the fact that OGAR will also remain as a watchdog for future crooks in the Aris administration does not lessen the yearning of people to have the previous violators see just recompense for their sins, first.

People feel there should be persons answerable for the unspeakable miseries the people had suffered especially during the pandemic and typhoon Odette.

They do not want OGAR to just be an overblown “Maritess”- merely discussing cocktail topics of whodunnit in the crime scene.

After all -the OGAR composition is an all-star cast of persons who are experts in pursuing crime and identifying the fire behind the ominous smoke. There’s The Main Man Jun Evasco, Mr. “No to Vote-Buying” who lost by a hairline to Yap in 2019 in his sacrosanct belief to have clean elections. There are two former provincial prosecutors: Former Provincial Fiscals Macario Dellusa and Susimo Arcamo;

We doff our hat to Gov. Aris Aumentado that with the creation of OGAR, he put meat into his crusade against graft and incompetence. Boholanos will be disappointed if nothing is nailed on the wall by OGAR since it would appear that the issues of graft were just low-lying fruits exploited to make people thumb down the Yap administration and win the polls.

No matter what expense is involved in creating OGAR, we are sure it will be minuscule compared to the gigantic financial scandals that rocked the Yap group and sent them into solid electoral defeat. Among the popular graft issues:

2. Favored purchase of rice during the pandemic from a Luzon supplier and motorcycles from a non-existent Central Luzon “supplier”.

3. The real cost of the containerized RTPCR laboratory and why a piece of unused farm equipment was parked idle inside Capitol grounds when farmers were in the throes of bankruptcy, needing help.

4. The circumstances surrounding the alleged purchase of several prime lots under the name of Yap Allies (from his provincial administrator to reported kin of the former governor who had never even stepped on Bohol soil).

5. The reconciliation of the so-called P2-Billion time deposit during the time Yap hollered “no money-send money or troops, Mr. President” or there will be looting and riots in Bohol. Is this akin to the billions deposited by PS-DBM and the Philtrade to the Landbank of the Philippines when there was an acute need for funds for economic rehabilitation and Covid recovery? This is scandalous and the height of hypocrisy and double-talk.

OGAR, more than the mandate of the Governor, has the moral proddings of an impoverished, deprived and short-changed 1.3-million Boholanos. Action, not more talk is needed, from hereon.

AMONG THE BRIGHTEST STARS In the OGAR is a former Executive Justice of the Court of Appeals and Regional Trial Court Judge in Cebu- (Visayas)- a man we can call our own from Tagbilaran City- Judge Gabriel Torero Ingles.

Much of the Christ-centered foundation Ingles obtained from the College of the Holy Spirit (S Sp S) and the Divine Word Mission Seminary (SVD), He returned the favor by acting as Law Dean of the (SVD) University of San Carlos for many years.

He was a feared judge of several drug-related cases in that he did not bend to the pressures of powerful and wicked men and dispensed justice with the objectivity of a blindfolded Lady Justice. For years, he refused to receive the standard allowance” given by the LGU in Cebu out of “delicadeza” so that if court cases affectING the LGU would surface, Ingles could dispatch them with prudence and a sense of urgency. So far, he is the only Filipino judge we have known to do so.

It was no wonder, he had been a candidate both as Commissioner of the COMELEC and even as a member of the Supreme Court. He was the first to be named as new Associate Justice of the Court of Appeals under the era of corruption-free president Noynoy Aquino.

As a private citizen, Ingles is known to always live within his means and does not show an undue interest in the luxurious profligacies of the rich. He is known as a judge who dealt with all his cases with maximum competence, fairness and dedicated integrity.

He accepted the role as Consultant of OGAR not only because he has always been a blue-blooded Boholano but was shocked at the deprivation Bohoalanos had suffered under a previous administration identified with graft and incompetence.

Let us support Gabriel “Boy” Ingles by giving him tips, leads and encouragement to make his job easier and effect conviction of the guilty at the soonest possible time.