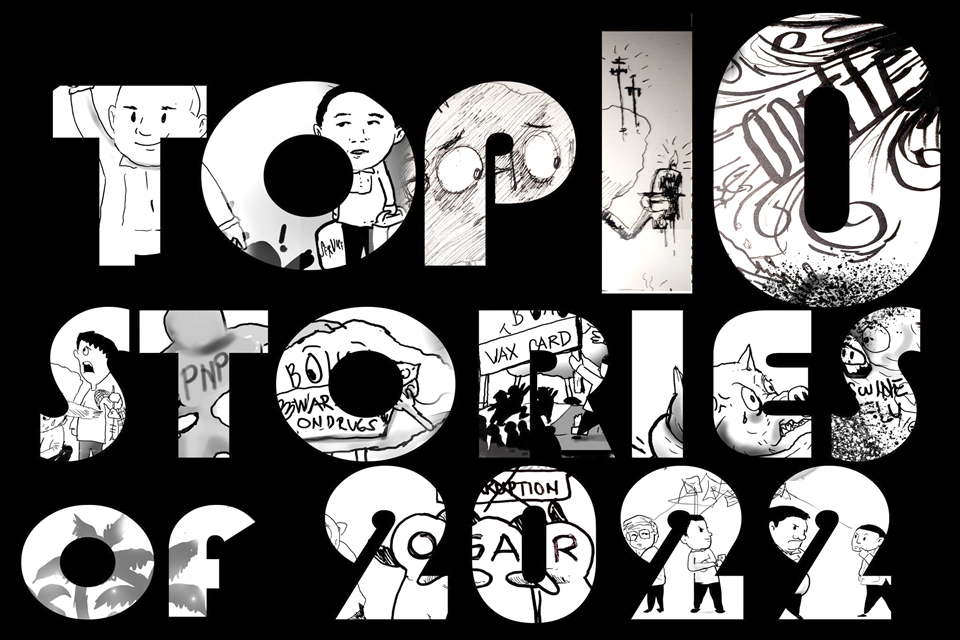 It was not just because “Odette” was the strongest Bohol ripper to date but underscored clearly how difficult it is for one province to rely on the power source of another Leyte – divided by land and sea. The submarine cables are always suspect as they are underwater and the “twin towers” fell like the two New York buildings of 9-11- taking time to restore their functionality, plunging the province into a series of total, partial and then acceptable lighting for months.

One life gone is one life too many but deaths soared over a hundred in Odette’s wake. Thousands lost their homes and when we couple that with the loss of livelihood, a sense of gloom and doom prevailed over the Bohol landscape.

Momentarily, only the Ubay 104 Power Barge and  Tagbilaran  Diesel Plant temporarily provided 48 MW against a demand of 90 MW causing the Bohol economy to flounder and tumble until full-electric power was restored.

A “Quick fix” involving a 1.1-kilometer stretch of cable wires across the Basiao channel connecting Ubay and CPB and two smaller temporary towers built in Ubay and Carlos P. Garcia “short-circuited” the problem for Bohol which was facing an impending colossal election in May, making power loss a non-negotiable issue.

Toward the end of a bitter political campaign, the writing on the wall was starting to emerge on the last few days before the actual Election Day in May. Incumbent Governor Art Yap, perceived to have thrown the “entire sink and then some” – in terms of money, publicity, intimidation – was slowing down and his defeat was becoming more discernible.

As the smoke cleared at midnight on poll day, Yap was vanquished by 185,000 votes, the most stunning political massacre for a sitting governor in the annals of Bohol’s political history – by youngster 2nd district congressman Aris Aumentado, an heir apparent of renowned politician and statesman, the late Rico Aumentado.

Veteran politician of many summers, VG Rene Relampagos was not spared the tsunami of votes and was defeated by an underdog, Senior Board Member Victor Balite, himself a part of an extended political family like Relampasgos.

Aris’ group wrested control of the provincial board and most of the town leadership (by a landslide) and lost by small margins in towns where Yap won.

Incumbent re-electionists Edgar Chatto and Alexie Tutor of the first and second districts parleyed their popularity as incumbents by snaring congressional mandates while newcomer “Van Van” Aumentado, wife of the winning governor became a freshly minted new congresswoman of the second district.

City Mayor Baba Yap surrendered the mantle of mayoralty leadership of the city to his wife Jane Censoria Cajes and sewed up control of the Legislature as well presided over by vice mayoralty winner Adam Jala, a Yap ally.

NO. 3A  – EX-NEDA CHIEF BLASTS CAPITOL

At the middle of the May poll campaign, former NEDA chief Ernesto Pernia of this city called Governor Arthur Yap an “estranghero with a “complicit” Vice Governor Rene Relampagos and 1st District Congressman Edgar Chatto, as he vented his bitter disappointment and extreme frustration over the governance of the present administration.

Pernia told the Chronicle that “Bohol’s economy under the present leadership has gone from good to bad” citing the state of affairs of the Boholanos as “miserable” with Yap as a “weak” economist. A mercenary is commonly understood as a person primarily concerned with making money at the expense of ethics.

Pernia also pointed out the stained reputation of Yap as a public servant facing a string of complaints before the Office of the Ombudsman and cases filed before the Sandiganbayan during his tenure as Department of Agriculture (DA) Secretary.

Don Bernabe Reyes was elected in February 1899 and headed the Republic of Bohol when war broke out between the Boholano army and the Americans. Reyes did not join the fight and retreated to Dauis under American protection.

According to Tirol, the Boholanos resented his non-support because Reyes, who did not grow up in Bohol, could not understand the cultural idiosyncrasies of the Boholanos.

Reyes and Yap, both lawyers who hail from Luzon and scions of rich families, were steep in the Tagalog culture and both married Boholanos, Reyes to Bernardina Fortich of Tagbilaran and Yap married Carolyne Varquez Gow of Loboc.

NO. 3B – 6 MAYORS TEAM WITH SOCIAL MEDIA VS. GRAFT

An unprecedented gathering of thirteen municipal mayors exposed the Yap administration’s brand of leadership rooted in the “lack of good governance and empathy” using “everything at its disposal to do whatever it wants across the province”.

The thirteen mayors are part of the sixteen mayors that have drawn the line against the present leadership for its alleged “overpriced purchases to unnecessary projects” showing to “everyone that as long as they are in power, they can and will do everything to benefit themselves and not the Boholano people”.

NO. 4 – NO MORE VAX CARDS NEED FOR BOHOL ENTRY

Better late than never, as Governor Aris Amentado issued Executive Order No. 32 no longer requiring the vaccination card as a requisite to enter Bohol. Most provinces already canceled this messy requirement long beforehand. Aumentado also lifted the wearing of masks outdoors and made it optional for indoor use.

These cumbersome requirements, all offshoots of the Covid-19 attack, severely inconvenienced both locals and visiting foreign tourists. This somewhat slowed back the response of the tourists to look at Bohol as an island to visit again.

NO. 5 – VENDORS KEEP OFF VIRGIN ISLAND

Bohol is notouriously known to charge too high prices for the sale of food, especially for tourists which causes a black-eye on the tourism industry. The rumors became a fact and grew traction nationwide as social and mainstream media carried the lamentation of groups of tourists who visited the famous sandbar housing the icons of Padre Pio (Virgin Island) who were hijacked to pay P26,000 for one meal on the island.

Heeding public clamor, Gov. Aumentado ordered the stoppage of vendors doing their wares on the Virgin Island. Since then, the image of the island as a meditation island and for showing reverence for Padre Pio has returned to normal.

NO. 6  – AT LAST, CHEAP FISH FOUND IN CITY MARKETS

Food has always been the main issue for Boholanos – especially involving fish and other stuff from the seawater. The government enjoined “Task Force Isda,” the Capitol’s flagship program to address the perennial problem of expensive seafood in the island province, and has started to establish stalls in markets in Tagbilaran City and various towns.

“Task Force Isda” was eyeing to open stalls in the towns of Baclayon, Panglao, and Dauis, among others.

The opening of the fish stalls will be implemented in response to public clamor calling for the expansion of Task Force Isda’s coverage.

The Capitol’s “Isda” program currently has suppliers from Surigao, Zamboanga and other parts of Mindanao.

Former governor Art Yap, when he took over as governor in 2019, vowed that Bohol will have an abundant fish supply and Boholanos will be able to purchase aquamarine products at low prices before his first term ends.

Tight border control was the marching order of Gov. Aris Aumentado when the alarm sounded off to protect the hog and poultry industries amidst serious threats of the possible entry of African Swine Fever (ASF) and the dreaded bird flu.

ASF is a deadly viral disease that affects only hogs and cannot be transmitted to humans.

Its spread is feared however for its potential to cripple the province’s multi-million-peso hog industry and further jack up pork prices in the market.

In a response to the ASF threat, the provincial government vowed to impose stiff penalties against those who violate entry protocols for livestock and meat products to deter smuggling.

The Office of Governance Accountability and Review (OGAR) was established to wrap up the gathering of evidence on the alleged misuse of government funds as well as abuse of authority during the term of former Gov. Art Yap.

OGAR Chairman Leoncio “Jun” Evasco said after the compilation of evidence, the probe team will submit its recommendations to the Office of the Governor which after due diligence will file the appropriate charges against certain Capitol officials.

Evasco said the evidence compiled will support their recommendations to file appropriate charges against those found answerable to the offenses committed in the performance of their duties.

NO. 9 – Prosecutor junks Gov. Yap’s complaint vs. BC, two critics

Less than a month after a crushing defeat in his reelection bid, outgoing Governor Art Yap suffered another loss as the Makati City Prosecutor’s Office dismissed the inciting to sedition complaint he filed against two of his critics and a Bohol Chronicle Radio Corporation editor.

Col. Batuan who is the first Boholano to assume as provincial PNP chief expressed alarm on the report that P22 million worth of shabu was seized during several operations during the past 10 months this year/ or an average of P2.2 million every month.

He replaced Col. Osmundo Salibo who was promoted to a regional post in Cebu City.

The new PNP provincial director said he received the marching order from Gov. Aris Aumentado to put drugs on his priority list after the latter likewise noticed the high incidence of drugs, especially after the stepping down of the Duterte administration.

The composition of the new anti-drugs team instituted some major changes in order to effect an improvement in their operations.

“I need to get a better assessment of the war against drugs in this province,” Col. Batuan stressed.

The new PNP chief said he is not new to the drug situation in the province since has served three provincial directors while he was the operations officer of the local PNP based at Camp Dagohoy.