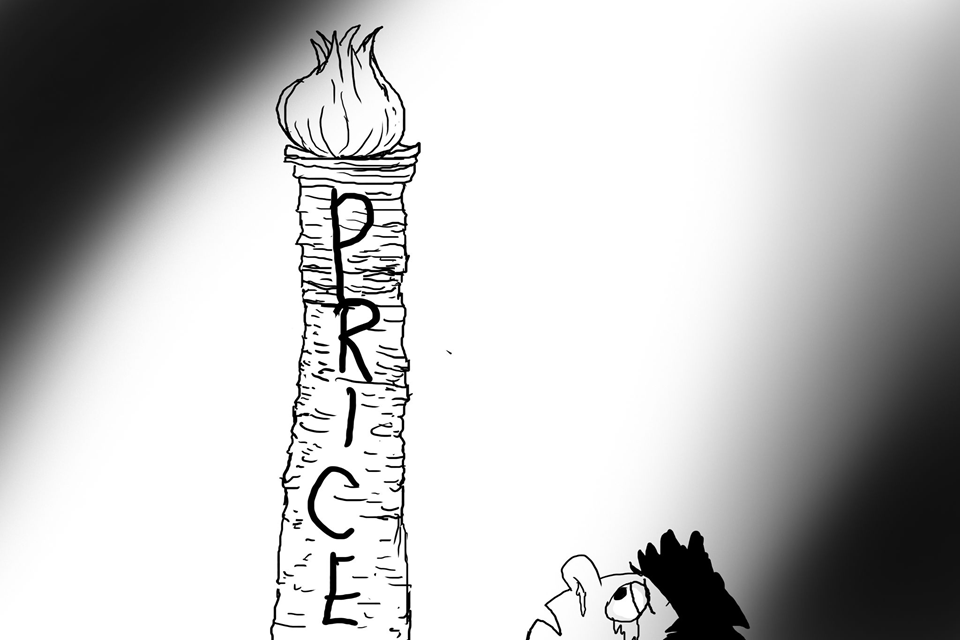 THESE DAYS, IT IS THE PRICE OF ONIONS,  not sad movies, that make people cry.

Our favorite, the succulent French onion soup and caldereta (Batangas) virtually drown in a sea of onions. Because onions are flavorful, texturizes and smell great, onions make good food taste even better. No kitchen is a kitchen without onions.

During the holidays just passed -capping at least 30 days of merry-making (Philippine style) like parties and get-togethers till New Year’s Day, people had to grin and bear the price of onions rising from P300-700 (peak) which at times beat the prices of pork, chicken, fish and a “slab of low-grade steak”, imagine that.  It now beats the minimum wage of P570 a day in Metro Manila.

Who are to blame?

One has to be the Department of Agriculture, seemingly inept ( in mathematics) with or without a head, which cannot compute accurately a forecast of the demand and supply of onions so they can calibrate the number of metric tons of onion to be imported to stabilize prices. Are they not up to the job or just trying to appear dumb to favor certain importers and hoarders? Or give way to smugglers?

They know that harvest time for onions in the Philippines is largely between January and March, yet aided by a certain senator (our source did not identify who) scuttled the planned importation of onions midyear because the country was “flushed with the supply” of the spice. By September, however, the prices of onions started to go through the roof -making the country’s onion prices among the highest in the world. Where’s that senator, now?

Yet by mid-November farm gate onion price was still at P25-27 per kilo. So what is going on, Watson, tell me.

These conniving bureaucrats and legislators know through data available from Volza Philippines that there are 522 importers here from  708 suppliers. No amount of sleuthing and investigation as to who is hoarding these commodities when they are needed most- seems to have been seriously pursued.

Or is the truism applicable to them that “none are as blind as those who refuse to see?” These creatures know that department stores and supermarkets make 70% of their income from sales generated during the months of October to December (especially). Why didn’t these people in charge tighten their detective work on who could be hoarding or smuggling onions (47 bags of such were caught peddled in Malabon and Divisoria)at this critical point of the market play?

They know that Filipinos import most of their onions from China, India, Malaysia and the USA. All data is available but alas- only common sense is missing in our government, it seems.

Now, this late, the DA is recommending the immediate importation of 7,000 metric tons of onions – (sic to stabilize prices) at this time when the farmers are starting to harvest (January). Stupid might be a mild word to describe the policy.

Thailand which is one of the world’s largest onion importers is selling at P55/kilo and according to former senator Kiko Pangilinan so is Australia at P112/kilo compared to our P400-600. Belatedly the authorities plugged an SRP (suggested onion retail price) of P 250/kilo, a laughable figure that the market did not recognize as realistic.

By September, RP was rudely classified as a nation suffering from ” First World prices based on Third World wages”. We know it is the poor who suffer most when inflation rises. The latest inflation count was 8% for RP, the highest in the ASEAN region.

As of September, the RP onion prices at $6.30/kilo were far higher than the world average of only $1.41/kilo which made our onions the most expensive in the world. RP was only followed by $4.70 for Puerto Rice and $4.62 for Japan.

Current onion production here centers in Cagayan Valley (118 metric tons for (50.% of the total) and Ilocos region (35.6%) or 86% of the entire Philippines. It is true that these regions suffered bad rainy weather (typhoons, in fact) this year which partly explains the shortfall.

But even during excellent northern Luzon weather conditions, onion local suppliers could only meet 70% of the country’s demand. The DA, taking the flak from all corners, lamely said that for the country to become onion self-sufficient, the production should be raised from 229, 039 metric tons to 279,270 metric tons. Now, they’re talking, Johnny- come – Latelies.

Mental dishonesty there must be when Agri officials say the excessive demand during the “ber” months affected the rise in prices as it outstrips supply. The fact is, according to Dr. Armin Adriano, RP has been facing acute shortage and high prices for a good six months ( since June 2022) of almost ALL food items including onion, sugar, pork, fish, chicken, cooking oil, vegetable and even table salt and dried fish. No need for October and Santa Claus to come.

It is a fact that uneven rainfall in onion-producing countries like India and even Ukraine this year somewhat influenced the rise in prices. But if all countries suffered the same fate (bewildering weather conditions elsewhere) why are the prices of onions ABNORMALLY high in this country compared to the rest of the world?

It is a pity because onions, per “Goodfeed Report”, are a fine source of anti-oxidants and good for the bones, gut health, and the heart and has anti-bacterial qualities useful for men.

The inability of this country to be self-sufficient in onions, therefore, staggers the imagination since the spice can be easily grown in almost all types of soil and temperatures and also in large volumes. Onions can be stored through aeration and are best at cold storage to maintain their flavorful qualities.

Subject to many satirical memes, the high-priced onions appear to have replaced the tear-jerkers Korean and Pilipino tele-series in drawing the lachrymal juices (tears) from the eyes of many housewives doing the cooking these days.

No, the tear inducement has nothing to do with the spicy ardor of the onion (in the same way as pepper makes one sneeze) but its God-awful prices are the culprit-which have made making delectable table dishes for the holidays oh-so-expensive to finish.

With apologies to the singer-of-old Sue Thompson, sad movies no longer the top tear-jerker around here although resilient as Filipinos are, they still manage to make “merry” of a very expensive Christmas celebration.

Or should Senator Robin Padilla declare Mr. Inflation or why not onions as “persona non grata”? That should cover the injury with humor.