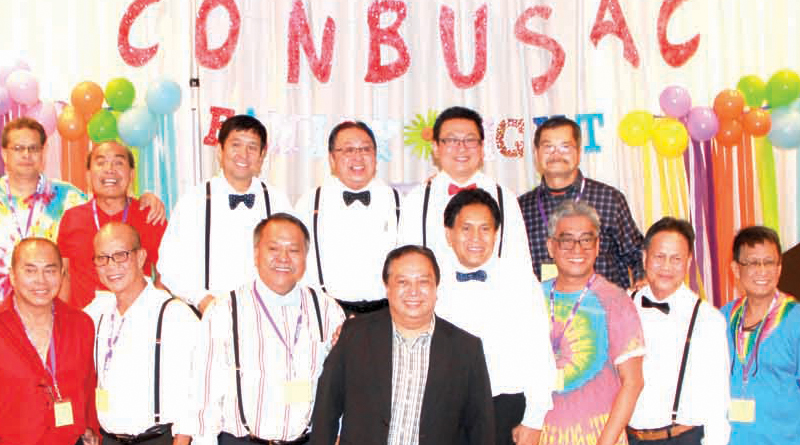 Newark, NEW JERSEY, USA– Bohol Governor Edgar ChattoÂ yesterdayÂ called on all Boholanos here for a united effort in pursuing the goals of the Tigum Bol-anon sa Tibuok Kalibutan (TBTK) and the Confederation of Boholanos in the United States and Canada (CONBUSAC) towards a progressive Bohol.

Gov. Chatto emphasized this during a meeting with the Council of Leaders of the CONBUSAC held during its 16th Biennial Convention held at the Marriott Hotel in Newark, New Jersey, USA.

The proposal unanimously voted during the said meeting will be officially ratified and incorporated into it’s by-laws following the election of the new officers of CONBUSAC set for today.

It was explained that starting in 2021 when TBTK and CONBUSAC will be held in that year, it was agreed that both organizations hold its festivities in Bohol and every six years thereafter.

The governor then proceeded to attend the CONBUSAC Family Night sponsored by the Sandugo Family Club headed by its president Malou Galang.

CONBUSAC President Larry Galang and TBTK Chairman Dr. Neil Bonje were in unison that TBTK-CONBUSAC be held in Bohol every six years starting in 2021.

Theme of the family night was “Throwback 60s and 70s” highlighted by a latin passion dance presented by members of the Sandugo family club.

The governor’s itinerary in New Jersey included a visit to Boholano Â Msgr. Bernardito Auza, Permanent Observer of the Holy See to the United Nations at his office residence in Manhattan New York. A “meet and greet” dinner for the convention delegates was held Thursday at Casa Vasca restaurant in Newark, New Jersey hosted b Fritzies Bakeshop, the first and only Boholano-owned bakeshop in New York and New Jersey, operated by successful businessman Alex Dacula of Catigbi-an, Bohol.

First runner up is Mrs. Maria Liza Sarmiento Wenger of the Bohol Circle of Eastern USA and Mrs. Anita Cal Jackson of the Bohol Association of /southern Calfornia as 2nd runner up.

Yesterday’s activitiesÂ  included a plenary session to attended by Gov.Chatto, the Council of Leaders and other delegates followed by the election of the new set of officers of CONBUSAC. Dr. Rhine Pamaong, CONBUSAC senior executive vice president who is based in Canada is groomed to be the next CONBUSAC president. Tonite’s Gala night will have Gov. Chatto as the guest of honor and speaker.

The newly elected CONBUSAC oficers will likewise take their oath before Gov.Chatto during the Gala night.

The biennial convention will be capped by a Holy Mass today and a picnic at the Liberty State Park.

CONBUSAC President Larry Galang expressed his profound gratitude to those who attended and the countless individuals who devoted their time and effort in making this year’s CONBUSAC biennial convention a success.