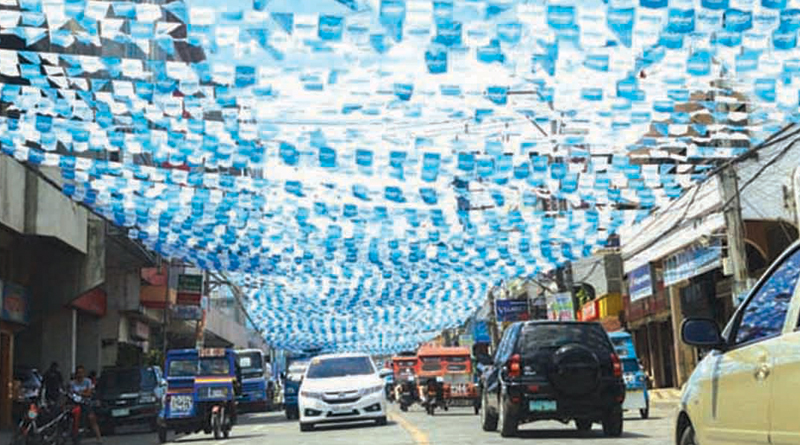 Boholanos from all corners of the globe started to arrive last week to join the grand homecoming dubbed as “Tigum Bol-anon sa Tibuok Kalibotan” (TBTK) which will officially kick off during the 161st Bohol Day celebration on Wednesday.

The grand reunion will bring the balikbayans, both overseas and domestic, to the various social gatherings which will showcase the unity of the Boholanos worldwide.

A grand welcome dinner is all set on Wednesday at the Bohol Tropics while the Trade Expo, showcasing Bohol made products will open at The Block of the Island City Mall. This tourist destination province will also have a weeklong International Fusion Nights with assorted cuisine of the resorts, restaurants and hotels prepared for the guests at Plaza Rizal by the Bohol Association of Hotels, Resorts and Restaurants (BAHRR)

Bohol Day on Wednesday marks the 161st Foundation Day or the birth of Bohol as a province which by land area is the 10th largest island in the country. The day is declared as a non-working holiday in the province

A Thanksgiving Mass will be officiated at the St. Joseph Cathedral. A motorcade will bring the officials and other dignitaries to a commemorative program at the Bohol Cultural Center.

Ambassador of Australia to the Philippines H. E. William Tweddell will be guest speaker.Â The Australian ambassador turns over on that day 14 provincial road sections completed under the Bohol Road Repair and Rehabilitation Projects through partnership with Australian Government-assisted Provincial Roads Management Facility.

The governor emphasized anew that the TBTK is not just for the balikbayans for abroad but also to all Boholanos from the various provinces who will come home to join the celebration.

Bohol Day also kicks off Tigum Bol-anon sa Tibuok Kalibutan (TBTK) activities with a motorcade to the CPG Sports Complex where the “Painit sa Bohol” will allow people to savor the Boholano breakfast.

Sandugo activities continue with the opening on that same day of the Sandugo Trade Fair at The Block at the Island City Mall and the week-long International Fusion Nights at Plaza Rizal.

Fresh from the United States and Canada for the 16thÂ Biennial Convention of the Confederation of Boholanos in the USA and Canada (CONBUSAC), Gov. Chatto is elated to learn that hundreds are coming home for this twin global celebration.

â€œBoholanos may leave Bohol but Bohol would always be in the hearts of the Boholanos,â€ the governor said, beaming, on several occasions when asked about this yearâ€™s grand preparations.

TBTK delegates will then be regaling each other with fun stories and anecdotes while having their TBTK 2015 Painit at the CPG Sports Complex Grounds.

Right after their native Boholano breakfast, everyone would then flock to the Bohol Cultural Center for the Bohol Day Commemorative Program

These visiting home-grown Boholanos will continue on their previously agreed itinerary as they are expected to grace the final canvassing for the Mrs. Bohol International at the Governorâ€™s Mansion on Thursday which will immediately be followed by a press conference with members of the media.Â Evening of Friday, July 24, will witness the Coronation Night of the Mrs. TBTK International 2015 at the Bohol Cultural Center.

Delegates will unleash their humanitarian spirit the following day by responding to their collective social responsibility as they participate and immerse themselves once more in the Boholano community for a City Streets Clean-up of plastic materials to start at the CPG Park at the Capitol Site and to culminate at the Plaza Rizal and Lionsâ€™ Playground.

And as what is happening annually during the month-long Sandugo celebration, delegates would Â engross themselves in the Sandugo Street Dancing on July 26 andÂ  the Sandugo Dance Party in the evening at the CPG Sports Complex.

And, as this international groupâ€™s grand finale celebration, TBTK will hold its election of officers at the Jade Room of the Metro Centre Hotel in the morning of July 27; while in the evening, the TBTK Induction of its New Officers and Awards Night of the The Outstanding Boholanos Around the World (TOBAW) at the Bohol Tropics Resortâ€™s Dagohoy Grand Hall. The search is jointly sponsored by the Prov’l Gov’t, Diocese of Tagbilaran, First Consolidated Bank and The Bohol Chronicle/DYRD.

The finale event is the first public presentation of El Gamma Penumbra, the all Filipino shadow play group who grabbed the title as grand championÂ  of Asia’s Got Talent. They will perform with the Loboc Children’s Choir at the Bohol Wisdom School gym on Jul y 27. Tickets at P200, P500, P1,000 and P1,500 are still sold at various ticket outlets.

The Provincial Government pursues further development through private sector ties with the signing of the memorandum of agreement on Hospital Care Services with the Healthcare Executives Society of the Philippines for a program on hospital administration.