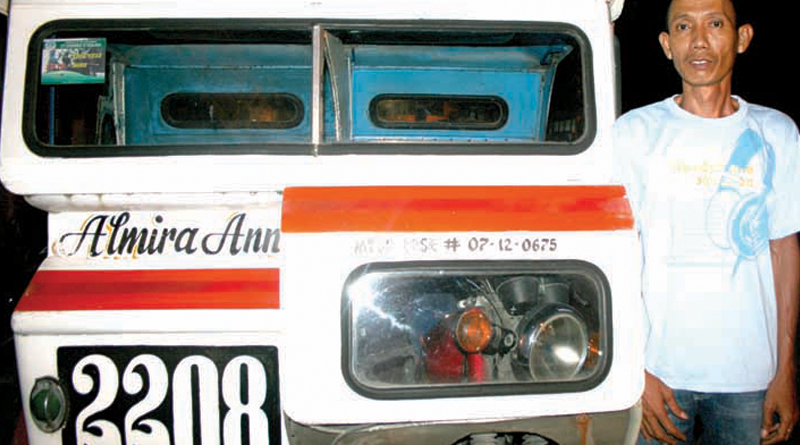 The Boholano community stood as one in praising individuals who hold closest to their heart the virtue of honesty.

The latest to receive commendation from well meaning citizens was 47-year old tricycle driver , Reynaldo Ingking of Dampas district, this city. He captured the limelight when he returned to radio station DyRD P88,135.00 cash left in his tricycle unit last Tuesday.Â  When he arrived home, he noticed a plastic bundle which contained paper bills. Immediately after seeing thousands of pesos left in the seat of Tricycle No. 2088, Ingking drove fast to the radio station.

The cab driver told dyRD’s “Inyong Alagad” program that despite his meager income of P200/day, he was never tempted to take the money as he knew that the owner would worry much having lost that huge amount of cash. Two hours later, the rightful owner, Germinia Torres of Norkis Lending Co. shed tears of joy after she found the money in tact in the plastic envelope. She could hardly believe that the money was returned even as she prayed hard that whoever finds it will return it to her.

Radio listeners that day heard two people narrating their virtue of honesty and the virtue of faith.

It did not take long for the honest cab driver to receive a resounding commendation from the community. Aside from simply commending Ingking, some radio listeners donated cash reward to the honest cab driver. At the end of the radio program “Inyong Alagad,” the honest driver brought home with him cash rewarded amounting to P13,500.00 given by various radio listeners who were touched ofÂ  what the cab driver did. In fact, Torres also donated P1,500 from her personal salary.

Meanwhile, 10 “Mr. Honest” awardees received commendation from BCBP, Our Deli Bread, Bohol Chronicle Radio Corp. and Mayor Baba Yap for returning found items to the trusted radio station. The awarding was one of the highlights of the 23rd anniversary of the BCBP Bohol chapters.