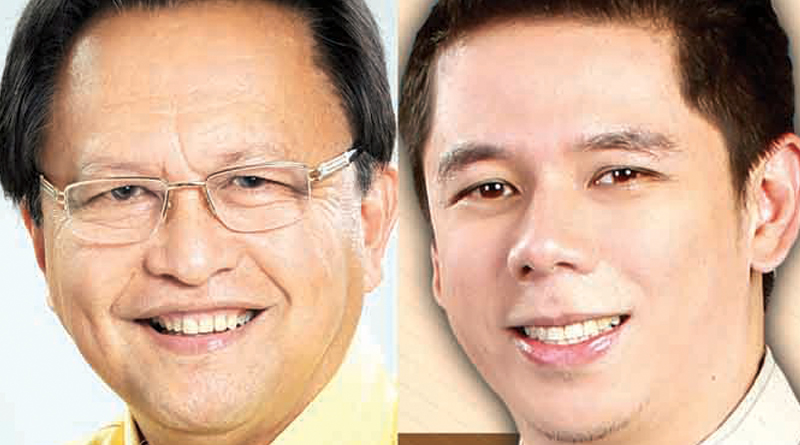 The choice of the Liberal Party (LP) on who will be their official mayoralty bet for Tagbilaran City remains undecided even as the filing of the certificate of candidacy with the Commission on Election is barely 23 days to go.

Incumbent Mayor John Geesnell â€œBabaâ€ Yap who will be running for his second term is under the National Unity Party (NUP) while defeated mayoralty bet, now City Kagawad Augustinus â€œDodongâ€ Gonzaga, an LP member, surfaced as a possible contender for city mayor making it a mayoralty Â return match.

Yap who is a personal friend of LP presidential timber,Â Â former DILG Sec. Mar Roxas could easily be sworn to the party amid brewing controversy since it is Vice Mayor Jose Antonio Veloso sitting as city LP chairman.

It may be noted that a move to unite Yap and Veloso under one ticket for the 2016 polls failed since the latter is rejecting an offer to become Yapâ€™s running mate.

During the party meeting, the attendees composed ofÂ Â barangay leaders identified with the vice mayor tossed up a proposed tandem ofÂ Â Gonzaga and Veloso for the coming election.

The discussion during the party meeting revealed that this proposed tandem isÂ Â also given the support of former City Mayor Dan Lim who is working hard to mount a strong opponent against his nephew, Mayor Yap amidst a brewing family feud.

While majority of the attendees voiced out their openness to the support ofÂ Â Lim, the LP leadership turned sour upon hearing the entry of Lim who is a perennial political foe of both Chatto and Relmapagos.

It may be Â recalled that Lim run against Relmapagos for congressman while he also brokered the running of Carmen Mayor Cheche delos Reyes for governor against Chatto during the last election where both Lim and delos Reyes were defeated by a huge margin, considered as one of the biggest in local elections.

With the needed decision to endorse the official city LP mayoralty bet,Â Â Chatto and Relampagos are slated to sit down again with Mayor Yap this weekÂ Â for a go -or-break Â talks regarding the dream alliance of Yap and Veloso for the 2016 polls.

During yesterdayâ€™s meeting, Gov. Chatto reiterated the existing coalition of the LP with theÂ Â Nationalist Peopleâ€™s Coalition (NPC) and the National Unity Party (NUP) to which Yap belongs.

A highly placed source toldÂ The ChronicleÂ that Yap has been getting several calls from Roxas to fly to Manila with his slate to be sworn as LP members. However, YapÂ politely declined the invitation saying he will consult with Gov. Chatto and Rep. Relampagos being the local LP leaders here.

Yap has been extending deadlines for Veloso to accept the invitation to be his running mate. However, ever since the invitation was publicly issued, Veloso appearedÂ  removedÂ from accepting the offer amid speculations that he wants to run for mayor against Yap.

If the Yap, Veloso unity ticket fails, then the Gonzaga-Veloso tandem will be running against Mayor Yap and his possible running mate, senior city Councilor Jala.

In this given political scenario, a possible three cornered fight will surface with the Lims on the third force running under the United Nationalist Opposition (UNA) of presidential timber, Vice Pres. Jejomar Binay.

Reports indicateÂ Â the former city mayor is courting to grab the political turfÂ Â in Bohol of Binayâ€™s UNA so for him to get anointed as UNAâ€™s gubernatorial bet. He might field again his brother, defeated city mayoralty bet, US based Dr. Abe Lim or his wife, Dr. Charlene Lim to run for city mayor against their nephew, Baba.

Lim is the lone Boholano politician hoping to get Binayâ€™s trust to run his campaign in Bohol since former Carmen Mayor delos Reyes is final on her dream to become 3rddistrict congresswoman when she will run against Rep. Arthur Yap. Earlier reports that former Vice Gov. Julius Herrera might be picked as Binayâ€™s bet for governor died down after the Calape born politician turned down the offer.