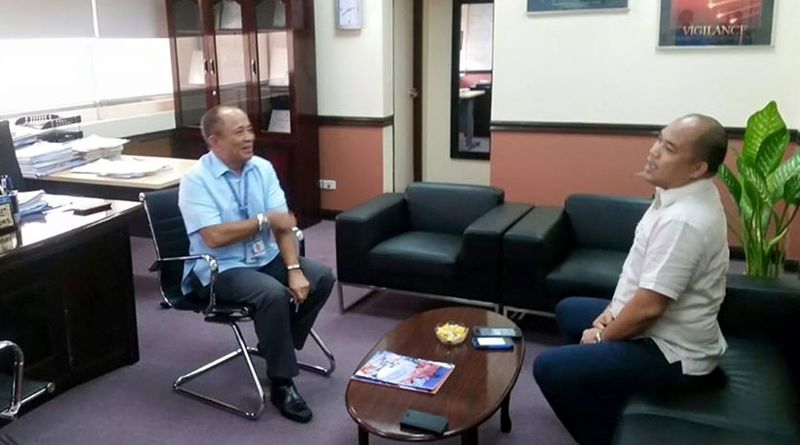 DEVELOPMENT next year of the Ubay Airport in Barangay Camambugan is guaranteed.

Rep. Erico Aristotle Aumentado (Bohol, 2ndÂ District)Â said the â€œguaranteeâ€ comes in the form of a P56.5-million allocation inserted in the 2016 budget of the Civil Aviation Authority of the Philippines (CAAP).

In a separate meeting with Deputy Director General Rodante Joya, the solon said he was shown a copy of CAAPâ€™s Annual Procurement Plan (APP) that allocated such amount for the improvement of the runway, construction of a terminal building and of a water reservoir.

Aumentado said the funding came about following the request of his namesake father and immediate congressional predecessor Rep. Erico Boyles Aumentado, and his consistent follow-ups,Â including filing House Bill 5889 seeking to improve the Ubay Airport and requesting funds for the purpose.

He said the House Transportation Committee chaired by Rep. Cesar Sarmiento (Catanduanes, Lone District) helped him arrange to outsource the same from the CAAP general fund.

The explanatory note said the improvement of the airport will be in preparation for the feeder of the Panglao Airport and the Mactan International Airport, flying school hub in the Central Visayas in the near future and even commercial flights.

The solon waxed sentimental when he said the project would be a another dream-come-true for his father.

The elder Aumentado had been a â€œdreamerâ€ who was able to implement mega projects, among them, the Bohol Circumferential Road Improvement Project (BCRIP) Phases 1 & 2, the Leyte-Bohol Interconnection Project (LBIP) Stages 1 & 2 and the Bohol Irrigation Project Phases 1 & 2 (BHIP).

He continued to envision more infrastructure, including a flying school and even a commercial airport for smaller planes on the other end of Bohol, opposite to Tagbilaran City, on the fist-shaped island â€“ and a bridge to link Bohol and Cebu.