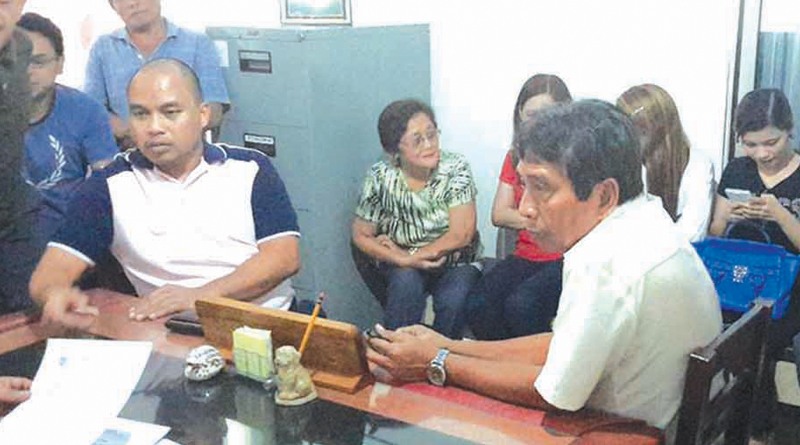 Loay Mayor May Imboy and Board Member Dionisio Balite will reportedly file their certificates of candidacies Â for governor and vice governor on Friday ending speculations that incumbent Gov. Edgar Chatto and Vice Gov. Concepcion Lim have no opponents in the 2016 elections.

This late breaking political development reachedÂ The ChronicleÂ just before deadline last night as the last day for the filing of the certificates of candidacies will be on Friday this week. Efforts to contact both Imboy and Balite proved futile unless press time. A closed door meeting was reportedly held yesterday in Cebu City.

The sudden decision of Imboy to run for governor came after the lady mayor felt bad after she was denied of the Certificate of Nomination and Acceptance (CONA) by the Liberal Party to which she is a member. In the case of Loay, the CONA for mayor was issued to Loay Councilor Jescelo Adiong who is running for mayor againstÂ Imboy’s daughter.

DisgustedÂ of failing to get an LP CONA, Mayor Imboy and other LP town mayors who failed to be given their CONAs flew to Manila last Sunday to seek the intervention of national LP leaders. However, their query did not generate a reasonable reply which made them decide to put up another slate against Gov. Chatto.

The ChronicleÂ learned that for the 3rd congressional district, Gov. Chatto gave the authority to issue the CONAs to Rep. Arthur Yap who is running again for congressman under the Nationalist People’s Coalition (NPC) which is considered as a part in alliance with the ruling LP.

The reported tandem of Imboy and Balite came with the support of former Carmen Mayor Cheche Toribio de los Reyes who is running against Yap.Â  It maybe recalled that de los Reyes still considers Chatto as her arch political rival after sheÂ ran, but lost to Chatto in the gubernatorial race in the last election. De los Reyes suffered the biggest debacle in the history of Bohol’s gubernatorial race where Chatto won by a landslide victory leaving margin by more than 200,000 votes.

A highly placed source said that Imboy was convinced to run for governor after assured of the full support in the 3rd andÂ 2ndÂ districts, namely by de los Reyes and re-electionistÂ  Rep. Aris Aumentado. Â Aumentado who despite his being an NPC member also failed to be considered as a “coalition bet” of the ruling LP here as former Rep. Roberto Cajes is slated to file his bid for congressman against Aumentado.

Political observers questioned why Yap was recognized as a coalition bet in the third district while Aumentado was not given the same party recognition even as both belong to NPC.

The “double standard” policy of the local LP hierarchy was questioned by no less than 17 town mayors who belong to LP, but were not issued their CONA under the Liberal Party.

A trusted political adviser of delos Reyes told The Chronicle last night that Mayor Imboy was assured of a huge support from the 3rd and 2nd districts.