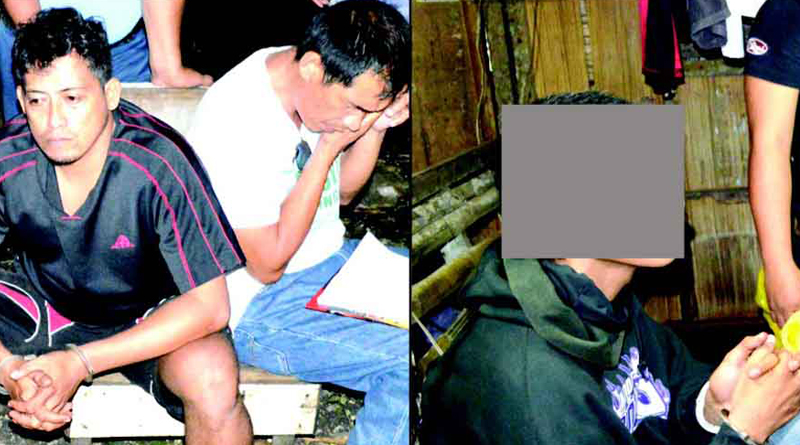 Police scored anew in the relentless campaign against illegal drugs with the arrest of at least three suspected big-time drug runners in separate operations in the first half of the week.

In Panglao, a team led by the chief of police, PSInsp. Joemar Pomarejos, arrest of one Adelo Buli during a buy-bust operation at around 4 p.m. yesterday in Barangay Bolod.

The police team recovered the small sachet of shabu that Buli to the police asset and the 500-peso bill used as marked money.

In another buy-bust operation atÂ around 9 p.m. yesterday, a team from the Candijay police station, led by Police Inspector Gerald Luna, arrested one Crisanto Fostanes Gulle, also known as Sansan in Barangay Tawid.

The cops recovered three small sachets and one medium pack of shabu, and the marked money from Gulle.

His companion, Rotciv Avenido, yielded one sachet of shabu and some drug paraphernalia.

According Luna, Crisanto Gulle is one of the top ten drug personalities in Candijay.

Earlier this week, a minor backriding an adult on a motorcycle yielded a .38 caliber firearm when apprehended at a checkpoint jointly conducted by elements of Sevilla police and Loboc police in barangay Quinoguitan, Loboc.

The adult companion, Anthony Jeson Anub, a 32-year-old resident of Poblacion, Bilar, yielded around 7 grams of shabu with estimated value of P50,000.

Anub and a backrider were heading Bilar, but they turned back upon noticing the checkpoint ahead.

This prompted SabaÃ±a and Mutia to flag them down and blocked their way.

Anub and his companion disembarked and ran away.

The cops chased them until they were caught, but the two resisted, resulting to a short scuffle.

When the cops finally managed to handcuff them, a thorough frisk was conducted incidental to their lawful arrest for disobedience to an agent of person in authority, a violation of Article 151 of the Revised Penal Code.

They recovered a .38 caliber revolver from the possession and control of the backrider.

Anub will also be charged with violation of Republic Act 9165 or the Comprehensive Dangerous Drugs Act of 2002.

Investigators still have to determine if the backrider was indeed a minor or they would charge him with a violation of RA 10591 for illegal possession of firearm.

The inventory of the confiscated items was conducted at the area as witnessed by Barangay Captain Crisostomo Tac-an, Barangay Kagawad Geronimo Tac-an, Weli Maestrado of DYRD-AM and Gaspar Dangoy of DOJ.

Anub was temporarily detained at the lock-up jail of Loboc police station, while the child in-conflict-with-the-law was turned-over to the DSWD for proper disposition.