Cache of firearms seized in Mabini 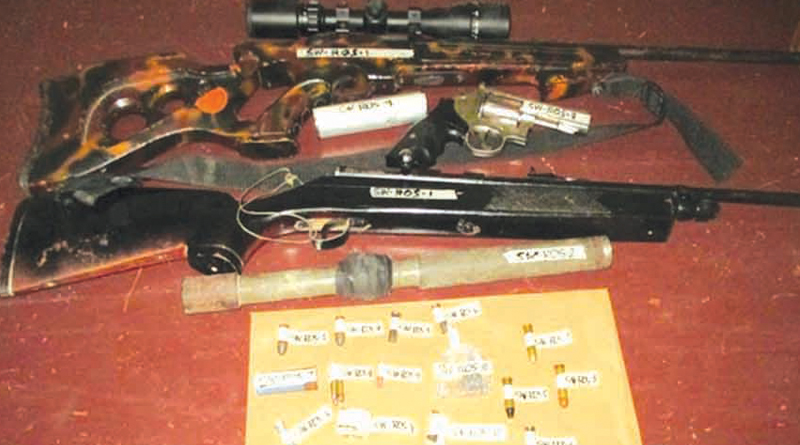 Cache of firearms seized in Mabini

A rice mill owner in Barangay San Jose, Mabini yielded a cache of firearms and ammunitions during a raid in his stock house and his residence Monday afternoon.

Elements of the Mabini Police Station, together with intelligence personnel of the 3rd Regional Public Safety Manuever Company of the Regional Public Safety Battalion (RPSMC-RPSB-7) based in Barangay Camba-ol in Alicia swooped down Salaumâ€™s stock house and residence at around 3 p.m. on November 23 by virtue of search warrants issued by Judge Patsita Sarmiento-Gamutan, presiding judge of Regional Trial Court Branch 51 in Carmen, dated November 20, 2015.

A charge on violation of Republic Act 10591 or theÂ â€œComprehensive Firearms and Ammunition Regulation Actâ€for illegal possession of firearms and ammunitions.

The arresting officers informed Salaum of the nature of the offense violated and his constitutional rights.

He was brought to the police station, together with the items seized and confiscated during the implementation of the search warrants for proper disposition.

San Jose Barangay Captain Carlito Cuizona and Barangay Kagawad Wilfredo, and Salum himself, witnessed the inventory of recovered items done in the stock house and the latterâ€™s residence.