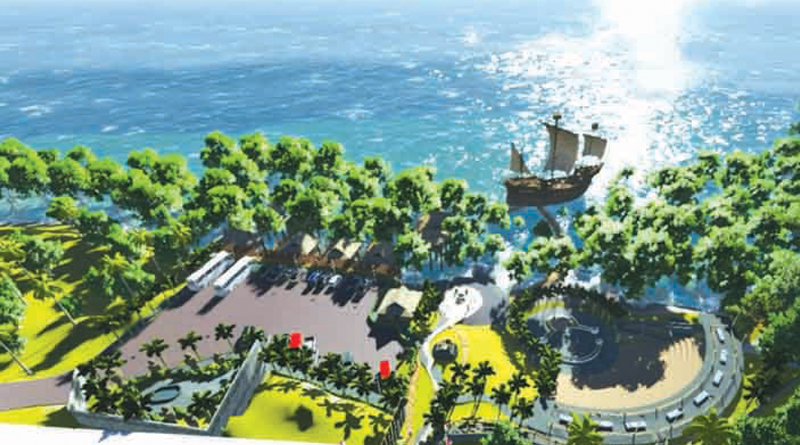 Days can already be counted when finally the funding assured for the much awaited Bohol Friendship Park (Blood Compact) in barangay Bool, this city will be released to commence its work in order for the city government to have its first major tourism project.

Atty Guiller Acido, officer-in-charge of the Tourism Infrastructure Authority (TIEZA) toldÂ The ChronicleÂ that upon the strong endorsement of DOT Secretary Ramon Jimenez, the project is indeed a “go” to kick off right before the election ban.Â  He said TIEZA is releasing P60 million within the month to finance Phase I of the park which is designed to become a major tourist attraction in the city.

Mayor Baba Yap received last Thursday the Certificate of Availability of Funds (CAF) from April Villavicencio who personally brought the certificate from TIEZA Manila. Earlier, the memorandum of agreement between TIEZA and the city government to download the funding was approved supported by a resolution of the Sangguniang Panlungsod authorizing Mayor Yap to sign the MOA.

Phase I of the project includes the completion of the stairway leading to an amphitheater where cultural shows can be staged. An audio visual room along the way going down to the life size bronze monument of the Blood Compact will be a stop for tourists to view an audio visual presentation on the historical significance of the various pacts of friendship between foreigners led by Spaniard Miguel Lopez de Legazpi and Boholano heroes led by Datu Sikatuna.

The existing bronze monument done by Boholano sculpture Napoleon Abueva will be transferred near the shoreline where an original well is located,Â  The tourists will walk through a mini botanical garden. The park will have a parking area for buses and vans in order to decongest the national highway.

The original design done by Boholano architecture dean Eufrasio “Boy” Araneta was taken as the basis of the final design under Arch. Nino Guidaben. The project to develop this Blood Compact was started by the lateÂ ChronicleÂ editor-publisher Jun Dejaresco as project chair during the term of then City Mayor Joe Torralba.

Bohol Chronicle Radio Corp. Chairman Peter Dejaresco under Mayor Yap’s administration reintroduced the project to DOT Sec. Jimenez during one of his visits here last year.Â  Upon seeing the proposed project, the DOT secretary vowed his support citing that this capital city needs such aÂ  project being the gateway of Bohol. Presently, hundreds of tourists pass by the existing Blood Compact marker just to take photos in front of the bronze monument of the historic Blood Compact.