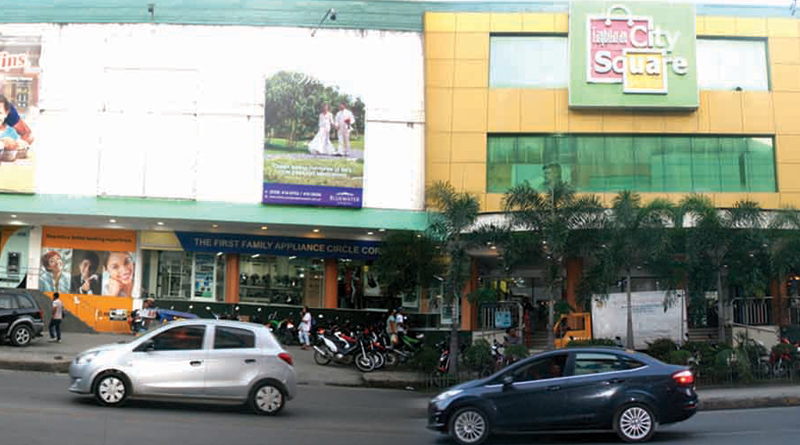 A complaint involving the rehabilitation and operation of the Tagbilaran City Agora Market now known as City Square that was dismissed on August 26, 2014, revived on May 20, 2015 and was again ordered dismissed on January 29, 2016 due to “procedural defects”.

The same case was also ordered dismissed “without prejudice” by then RTC Branch 1 Acting Presiding Judge Irma Zita V. Masamayor on August 26, 2014 for the non-appearance of the plaintiffs during pre-trial, “without notice to the court and to other parties”.

But Arcamo set aside the order of Masamayor on May 20, 2015Â after a finding that the failure of the plaintiffs to appear was “not actually a schedule for pre-trial” but a “continuation of a status conference”.

The class suit was filed by lawyers, former Governor Officer-in-Charge (OIC) Victor De La Serna, Zotico Ochavillo and the late city councilor Alexander LimÂ Â “in behalf of the people and taxpayers of Tagbilaran City” against the city government represented by then Mayor Lim to stop the implementation of the Rehabilitate, Operate, Transfer (ROT) agreement of the Agora Public Market.

Named co-defendants were Juan Apostol, Sr. and Ko Beng Sum of J.L. Apostol Enterprises, Inc. who bagged the 25 year lease contract at the rate of 20% of the gross monthly receipts, but not less than P5 million per year.

De La Serna, when asked by the Chronicle of his reaction to the dismissal said “Why should we be penalized for the failure of the mayor to represent the city when it is his duty to do so?. We will file our motion for reconsideration”.

For his part, Atty. J. Albert Tinampay, counsel for Apostol told the Chronicle that “Since day one I expected the case to be dismissed. They were suing the wrong person. The city entered into an agreement with J.L. Apostol Enterprises, Inc. not Juan Apostol, Sr.”.

But Arcamo said “This case cannot proceed without such proper substitution”.

According to the four page order, the plaintiffs failed to observe the provisions of section 17, rule 3 of the Rules of Civil Procedure upon the termination of Lim’s term as city mayor.

Two orders were issued by Arcamo – August 19, 2015 and October 12, 2015 both citing the provisions on parties to a civil action under Rule 3 section 17 pointing out to the plaintiffs the need to comply with the requirements of an effective substitution.

Lim was impleaded as representative of the city government and not in his private capacity and may be substituted by his successor, the incumbent Mayor Yap.

Arcamo stressed that “plaintiffs ought to have filed for a substitution of parties within the thirty days after Mayor Dan Neri Lim was replaced by the newly elected Mayor John Geesnell L. Yap ll after the 2013 elections”.

Arcamo pointed out that despite the lapse of the thirty day period, the court allowed plaintiffs to file for the replacement of Lim by Yap but still failed to make an effective substitution.

Section 17, rule 3 of the rules of Civil Procedure states among others that when a public officer is a party in an action in his official capacity and during its pendency ceases to hold office, the action may be continued and maintained by or against his successor, within thirty (30) days after the successor takes office or such time as may be granted by the court.

The dismissal order of the court came after more than eight years when the case was filed on December 10, 2008 and the merits will now be argued at the bar of public opinion.Â (Chito M. Visarra)