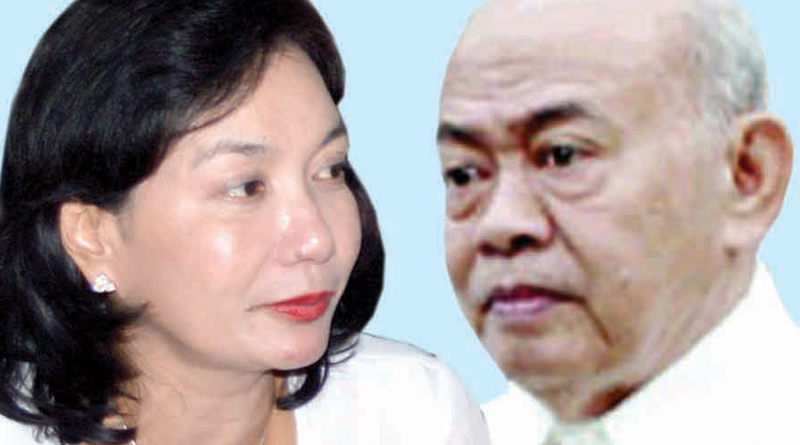 Latest survey conducted by DYRD showed a Duterte-Roxas battle for the hearts and minds of the Boholano electorate with Duterte widening his lead over Roxas.

The BUO was officially presented to the local media on February 22, 2016 at a press conference graced by the presence of no less than the Secretary General of the United Nationalist Alliance, Atty. JV Bautista.

The new political coalition called on the Boholanos to rally behind the presidential bid of Vice President Jejomar Binay with the promise of more development projects on top of a P60 billion worth of new spending for the province infrastructure needs.

2nd District Representative Erico Aristotle “Aris” Aumentado, a member of the Nationalist People’s Coalition (NPC) and youngest son of the late former Governor and 2nd Congressman Erico Aumentado told the media that “this alliance was borne out of the political reality that Binay is the “most qualified among the presidential candidates to lead our country”.

But Aumentado added “we respect the position of Balite and Tirol that as PDP-Laban official candidates they will rally behind the candidacy of Rodrigo Duterte”.

Loay Mayor May Imboy who filed her Certificate of Candidacy under the PDP-Laban for governor was not present but was represented by her son, former Bohol Sanguniang Kabataan Federated President Jethro Nathaniel Imboy.

Imboy was in Manila but her son assured the coalition that her mother will give her all out support for Binay while 1st District UNA congressional candidate Joahna Cabalit Initay welcomed the birth of the coalition a a vote of confidence in the leadership qualities of Binay.

The Chronicle talked to PDP-Laban national campaign manager Maribojoc Mayor Leoncio Evasco, Jr. about the political development in Bohol and was told that “our national campaign strategy is to go directly to the people who are the sole arbiter in this coming elections. We are not campaigning for candidates to join our party”.

Likewise, PDP-Laban provincial chairman, Dr. Doloreich Dumaluan told the Chronicle ” I was not consulted by the so-called opposition as to their coalition plans. Their decision to switch allegiance is their own personal political decision”.

According to Dumaluan, the party will discuss this latest political development as several candidates filed their COC’s under the PDP.

Even Bautista acknowledged the unique nature of the Bohol United Opposition composed of various parties unlike the alliance sealed between the One Cebu Party (1-Cebu) headed by former Cebu Provincial Board Member and Cebu City Mayor Winston Garcia.

Bautista said that a certificate of adoption will be issued to the coalition members even as the Chronicle learned that members of the various parties were required to execute a certificate that would show they have officially broken ties with their parties.

Several members who requested for anonymity told the Chronicle that their loyalty will remain with their respective parties notably the PDP-Laban but will rally behind the local “Rainbow Coalition” against the LP dominated provincial administration.

PDP-Laban 3rd District Congressional bet Che Delos Reyes when asked by the Chronicle if she has burned her bridges with Duterte said “I am an original VP Binay. I was really disturbed when I filed by COC under PDP-Laban”.

Delos Reyes explained that ” when she filed her COC under PDP, Duterte was still unsure to run for president”. She did not elaborate on the reasons why she did not initially file her COC under UNA.

For the top provincial elected positions – governor, vice governor, board members and congressmen, the Liberal Party fielded 13 candidates followed by PDP with 11, independent 5, NPC 4, UNA 2, and KBL, NP and NUP with one candidate each.

Joseph Bompat who is running for city councilor under the Liberal Party of Tagbilaran City Mayor John Geesnell “Baba” Yap changed positions and is reportedly under BUO.

Danao Vice Mayor Louis Thomas Gonzaga, UNA Regional Deputy Coordinator for Bohol exuded confidence that under the leadership of Binay, the BUO will end the administration’s dominance in Bohol politics.

Binay won only in Danao and San Miguel while Roxas garnered 81,408 votes in the 2nd district compared to Binay’s 46,636 votes.

According to Vic Endriga, UNA Liason Officer for Bohol UNA will hold it’s proclamation rally on March 21, 2016 with the presence of the party’s complete slate and will formally seal the coalition with UNA with the formal oath of allegiance of all members of the united opposition.(Chito M. Visarra)