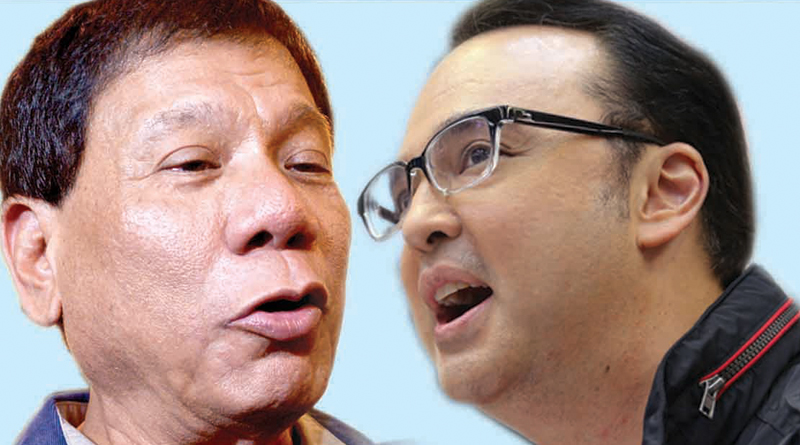 Duterte will barnstorm Bohol buoyed by his strong performance as one of the leading presidential preference based on recent surveys Â while Cayetano, a frequent visitor to Bohol, will renew close ties with urban and rural groups, beneficiaries of his PTK (presyo, trabaho, kita) program.

Duterte whose unrelenting drive against drugs and other forms of criminality is expected to focus on his campaign promise to suppress crime, spread of drugs and corruption within 3-6 months.

His other priority program is to call a constitutional convention within the first year of his term to study the shift to a federal form of government.

A veteran in public service, Senate Majority leader, Alan Peter Cayetano will share with the Boholanos his experience in his fight against graft and corruption in government which is the hallmark of his entire political career.

A better life for the poor Filipinos, the rallying cry of his presyo, trabaho, kita (PTK) program to reduce prices, create more and better jobs and raise incomes to enable families to enjoy the benefits of a growing economy.

Scheduled to arrive on Sunday, April 3, 2016 by chopper from Cebu City at the Ubay airport, Duterte and Cayetano will proceed by motorcade to the Ubay Gymnasium for a proclamation rally of the top PDPLBN candidate – vice gubernatorial aspirant, Senior Board Member Dionisio “Dioning” Balite.

Expected to be proclaimed are PDPLBN candidates for Board Member (BM) for the 3rd district incumbent BM Godofreda Tirol and Balite’s son Dionisio Victor Balite.

Duterte will raise the hands of the party’s candidates for Board Members – Donald Sevilla, Manuelito Buma-at and Christopher Bangalao.

PDPLBN candidates for elective positions of the 3rd District are also scheduled to be proclaimed during the Tagbilaran City rally.

The one day sortie of Duterte-Cayetano will be capped by a grand proclamation rally at the Panglao public plaza at 6PM with PDPLBN Provincial Chair and mayoral candidate Dr. Doloreich Dumaluan and vice mayoralty bet Benedicto Alcala and the eight councilors.

Duterte and Cayetano will take a much needed break from the campaign at the Dumaluan Beach Resort and will fly to Dumaguete City the next day for another grand rally.Â (Chito M. Visarra)