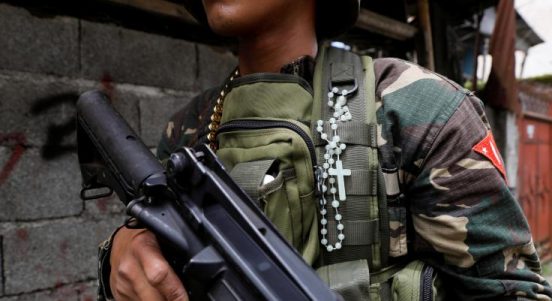 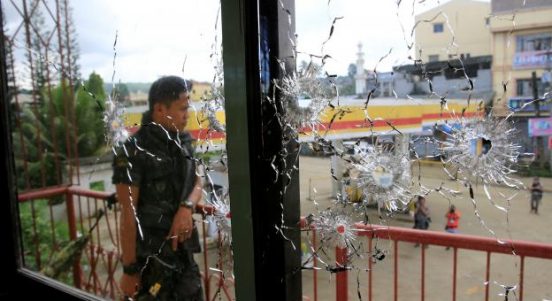 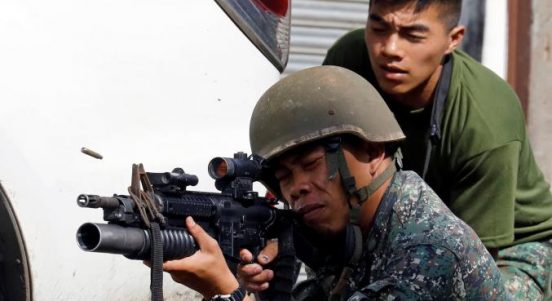 An air strike during military operations to drive Islamist rebels out of a southern city has killed 10 government troops, the defense minister said on Thursday, in a major blow to efforts to defeat fighters linked to the Islamic State group.

Seven other soldiers were wounded on Wednesday when two air force SF-260 close air support planes dropped bombs on a target in the heart of Marawi City, Defense Secretary Delfin Lorenzana told a news conference. The first plane hit the target but the second missed.

“It’s very sad to be hitting our own troops,” Lorenzana said. “There must be a mistake somewhere, either someone directing from the ground, or the pilot.”

The armed forces have used a combination of ground troops and rocket strikes from helicopters since the weekend to try flush rebels of the Maute group out of buildings. Wednesday was the first day the SF-260 planes were deployed.

The pro-Islamic State Maute group has proven to be a fierce enemy, clinging on to the heart of Marawi City through days of air strikes the military has said are “surgical” and on known rebel targets.

The Maute’s ability to fight off a military with greater numbers and superior firepower for so long will add to fears that it could win the recognition of the Islamic State leadership in the Middle East and become its Southeast Asian affiliate.

The deaths of the soldiers takes the number of security forces killed to 38, with 19 civilians and 120 rebel fighters killed in the battles in Marawi over the past nine days.

Lorenzana said militants who were Saudi, Malaysian, Indonesian, Yemeni and Chechen were among eight foreigners killed fighting with the Maute rebels.

In an earlier text message to reporters, he said of the “friendly fire” incident: “Sometimes that happens. Sometimes the fog of war … The coordination was not properly done so we hit our own people.”

The unrest started on May 23, when Maute rebels ran amok, torching and seizing buildings, stealing weapons and police vehicles, taking hostages, and freeing prisoners to join their fight.

Philippine President Rodrigo Duterte is concerned radical ideology is spreading in the southern Philippines and it could become a haven for militants from Southeast Asia and beyond.

Lorenzana said the military might suspend air strikes, describing the rebels as a small force that “cannot hold that long”.

The military was carrying out air strikes on locations where it believes Isnilon Hapilon, the so-called “emir” of Islamic State, and point man for its operations in the Philippines, is hiding. (Reuters)

MANILA – An outpour of relief aid from different foreign donors continues for the victims of Typhoon Odette, with more countries…

MANILA – The Minor Basilica of the Immaculate Conception, popularly known as the Manila Cathedral, has so far received over P3…