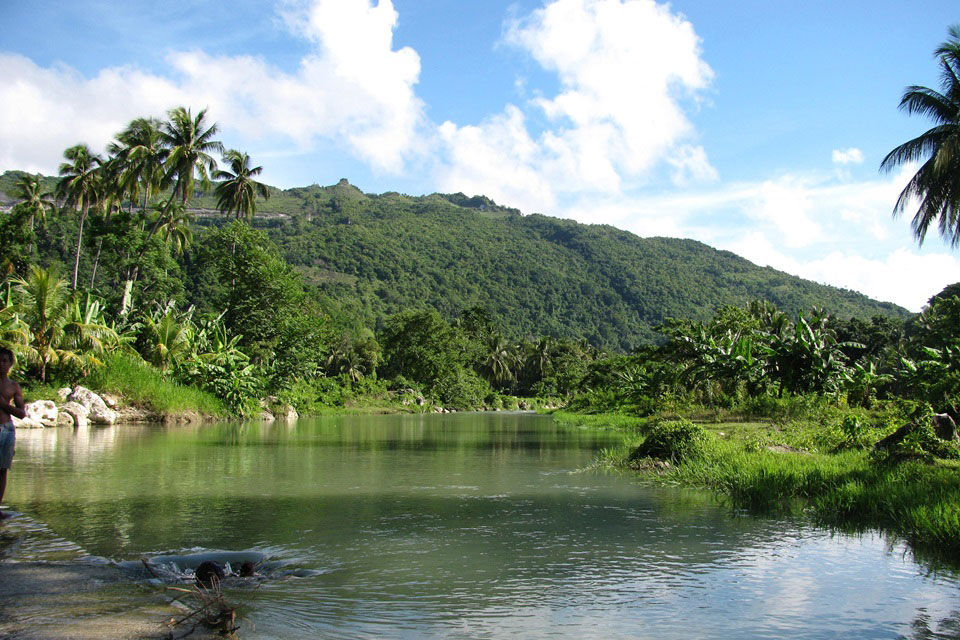 The Manaba River in Garcia Hernandez, after its water quality was improved in the past months, was recognized as the third cleanest river in the country through the Department of Environment and Natural Resources’ (DENR) first-ever RIVERs (Recognizing Individuals/Institutions Towards Vibrant and Enhanced Rivers) for Life Award.

The top prize went to Lamut River in Ifugao province, Cordillera Administrative Region while the second prize was given to Calbayog River in Samar province, Region 8.

A total of 16 Class C rivers—or those assessed to be safe for the propagation of aquatic fish such as tilapia, boating and other recreational use without human contact like swimming—in the country were selected to be part of the nationwide judging.

The selection was made by the DENR Regional Committee consisting of the DENR, Mines and Geosciences Bureau (MGB) and Environmental Management Bureau (EMB).

Entries were reviewed based on the list of activities and interventions undertaken by the concerned PENROs and CENROs on their nominated river.

Cimatu said the initiative was part of the DENR’s efforts to raise public awareness on the need to protect and conserve the country’s rivers as the lifeblood of the earth.

“We aim to tap concerted action to protect the country’s rivers from degradation and pollution and ensure their suitability, sustainability, and further improvement,” Cimatu said.

“Rivers and creeks drain to bigger bodies of water and affect their condition. This is the case with Pasig River which drains to Manila Bay. Thus, ensuring the cleanliness of rivers is among our top priorities,” he added.

Other rivers improved through the Rivers of Life program were the Abatan River in Cortes and Inabanga River in Inabanga.

In the past months, massive cleanup drives were carried out in the said rivers and others in the region including Banica River, Panamang-an River and Sicopong River in Negros Oriental; Bulacao River, Butuanon River and Luyang River in Cebu; and Señora River in Siquijor.

According to Atty. Juan Miguel Cuna, DENR Undersecretary for Field Operations and Supervising Undersecretary for the EMB, the RIVERS for Life Award will be a continuing annual activity with winners recognized during the DENR anniversary.

“After we have awarded our very first batch of winners this year, I am sure our regional offices will work even harder to nominate their rivers to show how important our rivers are to us,” Cuna said.