Impeach me, I’ll jail you -Duterte dares foes to test him 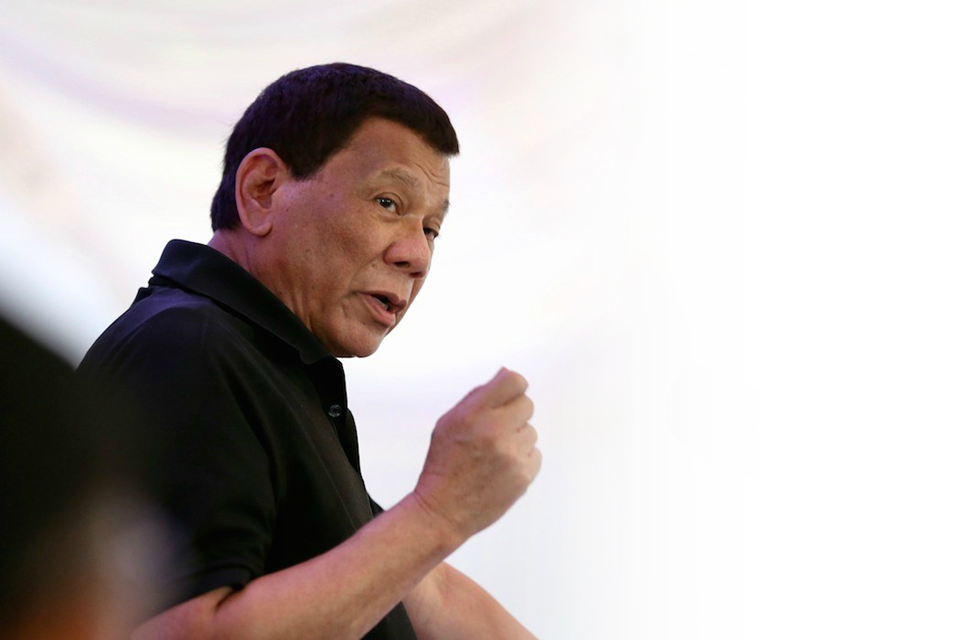 Impeach me, I’ll jail you -Duterte dares foes to test him

President Rodrigo Duterte has threatened opponents with prison if they try to impeach him, the latest in what a top U.N. official and an Asian lawmakers’ group this week called a pattern of persecution and assaults on free speech.

Duterte vented his anger late on Thursday amid intense media scrutiny and accusations that he is siding with China over a June 9 sinking of a Filipino fishing boat by a Chinese vessel, which happened inside Manila’s Exclusive Economic Zone (EEZ).

The maverick leader has echoed Beijing’s line that it was an accident, not an intentional ramming, and shrugged off the presence of Chinese fishermen inside the Philippine EEZ, saying he would allow it out of friendship.

Some high-profile critics, among them a top judge and a former foreign minister, have called that a breach of the constitution, or worthy of his impeachment.

“Me? Will be impeached? I will jail them all,” Duterte told reporters. “Try to do it and I will do it. Son of a bitch.”

He added: “I am challenging you to do it. You really want to force my hand into it? Okay. You sons of bitches, do it. Yes. File it.”

A report on Tuesday by the ASEAN Parliamentarians for Human Rights chided the Duterte administration for what it said were threats and aggressive rhetoric and trumped-up criminal charges against opponents that amounted to “deliberate effort to muzzle critics and weaken checks and balances.”

U.N. High Commissioner for Human Rights Michelle Bachelet on Monday said there was a “very real risk of violence” for Filipinos who speak out, noting threats were publicly made by state officials.

While Duterte’s popularity and mandate have been bolstered by a recent midterm election, the sinking incident has put the domestic spotlight on cracks that are appearing in his much-trumpeted foreign policy of non-confrontation with China in return for economic incentives.

Some analysts say China’s offers of high-interest infrastructure loans and promises of massive investments have won Duterte’s acquiescence, but with much of that yet to materialize and China further militarizing its artificial islands and strengthening its fishing militia, Duterte risks looking like he is being duped.

Asked on Friday about threats to jail opponents, presidential spokesman Salvador Panelo said Duterte was merely upset that people could not see he had the country’s interests at heart.

“He cannot understand why people are against his policy,” Panelo told reporters.