West Philippines Sea controversy: It seems we are barking at the wrong tree 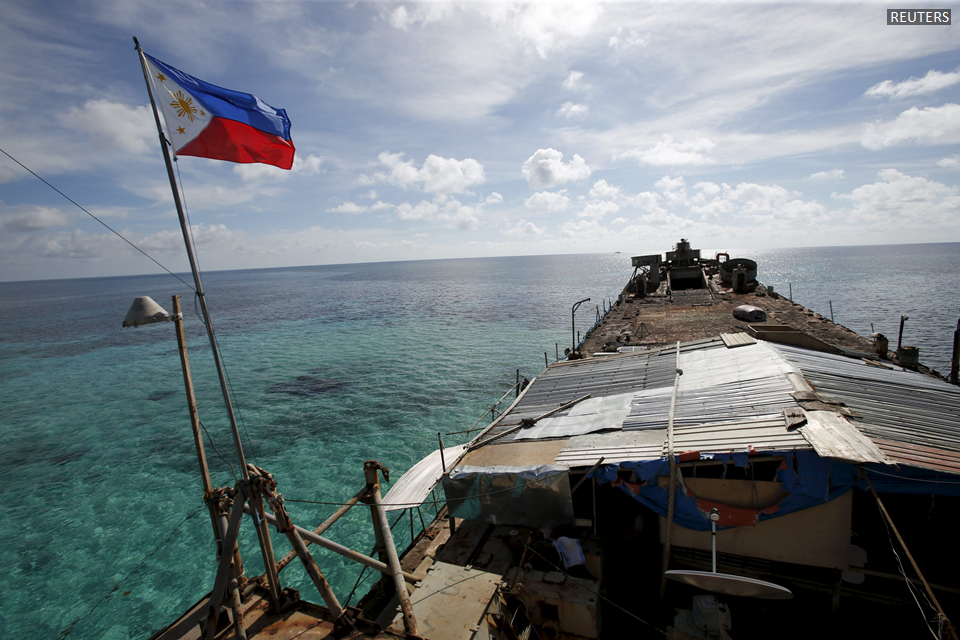 West Philippines Sea controversy: It seems we are barking at the wrong tree

I am a member of the Earthquake Engineering Research Institute (EERI) of California with ID #5762.  Internationally I am recognized as an Earthquake or Seismic Engineer.

The Philippines Institute of Civil Engineers (PICE) has recognized me as a Specialist in Geotechnical Engineering with ID # 16.

Both these specializations study geology with respect to the fault lines that are the sources of earthquakes.  Basing upon the geology studied in earthquake engineering it seems that in the West Philippines Sea controversy, we are barking at the wrong tree.

Article I or the 1935 Constitution says that “The Philippines comprises all territory ceded to the United States by the Treaty of Paris concluded between the United States and Spain…”.  It recognizes the mete and bounds (boundaries) of Article III of the treaty.  These boundaries are complete with bearings, distances, and corners that encompass the Philippines territory.

This definition was abandoned by the 1973 Constitution.  It defines the Philippines territory as “The national territory comprises the Philippine archipelago, with all the islands and waters embraced therein, and all the other territories belonging to the Philippines by historic right or legal title, including…”

The 1987 Constitution has similar definition with the 1973 Constitution minus the line that I underline regarding “historic right or legal title”.

Article I of the 1987 Constitution says “The national territory comprises the Philippine archipelago, with all the islands and waters embraced therein, and all other territories over which the Philipppines has sovereignty or jurisdiction, consisting of its terrestrial, fluvial, and aerial domains, including its territorial sea, the seabed, the subsoil, the insular shelves, and other submarine areas.  The waters around, between, and connecting the islands of the archipelago, regardless of their breadth and dimensions, form part of the internal waters of the Philippines.”

The statements of the 1973 and 1987 Constitutions are known as the “Archipelagic Doctrine”.  The problem is that the term “archipelago” is not defined.

The Reader’s Digest Great Encyclopedic Dictionary defines archipelago as “A sea with many islands” and “the islands in such a sea”.

The additional ingredient is that the group of islands must arise from the same plate or block of the earth’s crust.

To the west of Luzon is the West Luzon Trench.  Scarborough Shoal is outside the boundary.  The Luzon Trench runs down to Batangas where the fault branches.  One branch goes towards Romblon and the other towards Palawan.

To the west of Palawan is the Palawan Fault and runs down towards Sulu.  The Kalayaan Island is outside the Philippines Plate.  To the south of Mindanao is the Celebes Trench oriented east to west.  It is not clear whether it passes between Sulu and Tawi Tawi or Tawi Tawi and Borneo.

If we will base on the “historic right and legal title” of the 1973 Constitution, Batanes, Scarborough, and Tawi Tawi will be part of the Philippines.

The Freedom Islands was claimed by the Boholano Tomas Cloma by right of discovery.  He filed a claim in the United Nations and called the Freedom Islands as a kingdom.  It is not clear whether Mr. Cloma perfected his claim.

When President Marcos declared Martial Law he forced Mr. Cloma to cede to the government his rights to the Freedom Islands.  Thereafter Pres. Marcos sent soldiers to garrison the islands.  Later on President Marcos renamed the islands as Kalayaan and declared it a municipality of Palawan.

The United Nations Convention on the Laws of the Sea (UNCLOS) has declared that the Philippines has an Exclusive Economic Zone (EEZ) at the South China Sea.  The problem is the UNCLOS has no power to enforce their decision especially that China does not recognize the authority of the UNCLOS.

The UNCLOS is like the Roman Catholic Pope decreeing that Roman Catholics will pray the new form of the Rosary.  Naturally the Muslims, Evangelical Christians, Iglesia Ni Kristo, etc. will not obey because they do not recognize the authority of the Pope.  How can the Pope force the Muslims to obey?

In like manner how can the Philippines force China to Obey?  The only solution is war.  The question is can we win such war?

Another problem is the 200 miles distance is vague.  Where will it be measured from?  The Philippines territory is the Philippine archipelago.  Where are its boundaries?  Shall we measure it from the shores of Palawan, Panay, Mindoro, Batangas, etc.?  Bear in mind that the branch of the Luzon Trench that proceed to Romblon will join the Sulu-Negros trench.  If we make it as the boundary of the Philippines archipelago, then Panay, Mindoro, and Palawan is outside our archipelago.  Bear in mind that we have already abandoned the “historic right” of the 1973 Constitution.  So shall we start measuring from Negros?  Then the location of the so-called West Philippine Sea will be beyond the 200 miles limit.

The places were Filipinos are living are only in the Kalayaan Island and that reef where a naval boat is scuttled.  These are the only places that the Philippines has jurisdiction.  Jurisdiction connotes that there will be citizens who will obey the law.

The so-called Recto Bank is not even above the sea and no Filipinos live there.  And who will say that that it is within our EEZ when we don’t even know where to start measuring?  In the 1935 Constitution the boundaries were specified but we also abandoned it.

The best solution will be for the Supreme Court to make an interpretation of the meaning of the Philippines Territory in the 1987 Constitution.  It is much better if we can change the Constitution to make a better definition.

All we hear in television and radio and read in newspapers are opinions of lawyers.  If we base the facts in geology it seems that we are barking at the wrong tree.