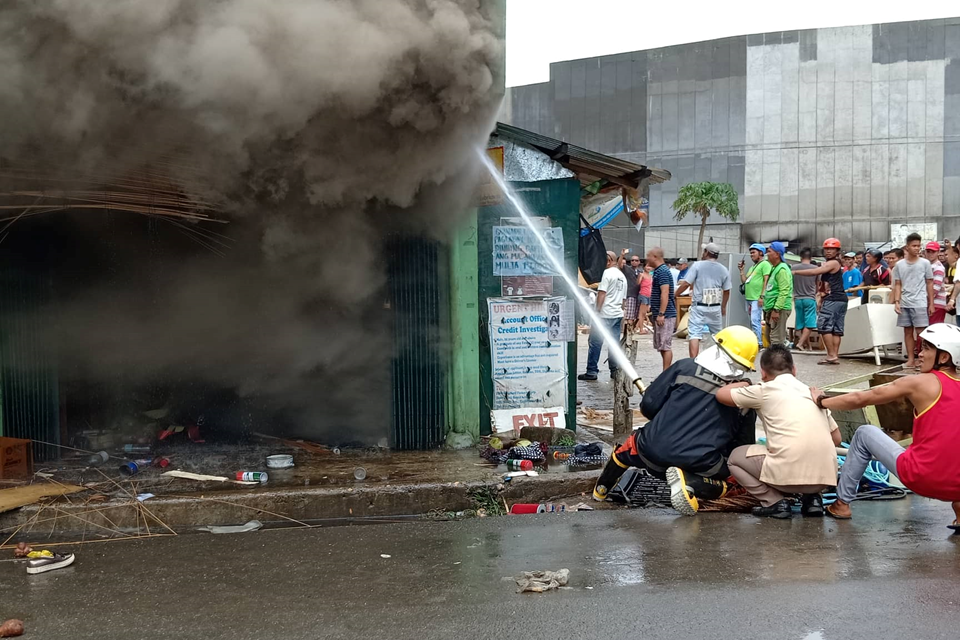 (UPDATED) A fire which broke out at past 1 p.m. on Wednesday razed at least 80 stalls spread across a large portion of the decades-old Cogon Public Market in Tagbilaran City.

According to Tagbilaran City Fire Station marshal Sr. Insp. Marlyn Macatangay, the blaze gutted an old building which housed the stalls inside the one-hectare market compound and left an estimated P3 million worth of property damage. Authorities said that the fire started at the center of the one-hectare market compound and quickly spread to the surrounding stalls which were mostly made of light materials and where vendors sold rice, vegetables, native products, clothes and motor parts, among others.

According to Macatangay, the Tagbilaran City Fire Station was augmented by fire trucks from Dauis, Baclayon, Maribojoc and private water tankers which were deployed to the scene.

There were no reported injuries or deaths during the incident.

A report indicated that the fire was caused by electrical short circuit while another also said that it was caused by unattended rice which was being cooked.

However, these remained unconfirmed as investigators continued their probe to identify the cause of the fire.

The blaze that engulfed the Cogon Public Market, one of Tagbilaran City’s main markets, was the second large-scale fire to hit the city in 2019.

In February, 37 families were displaced by a fire which hit a residential area in Barangay Booy, Tagbilaran City. (A. Doydora)