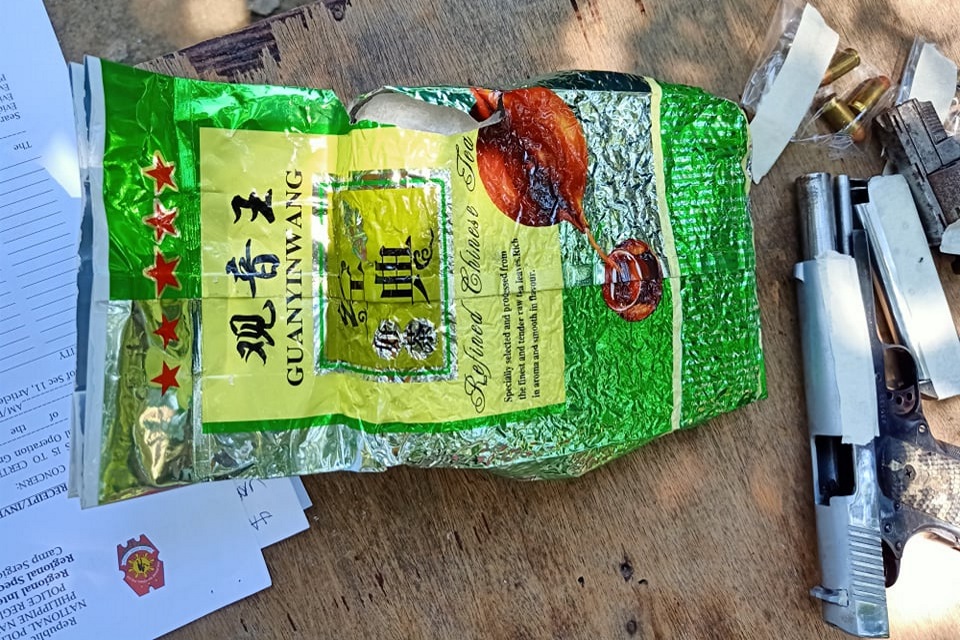 A man tagged by authorities as a high value drug target was shot dead by police on Thursday morning after allegedly resisting arrest during a raid at his Tubigon residence which police have suspected of being a drug “bodega” or warehouse.

According to Major Jojit Mananquil of the Regional Special Operations Group (RSOG) 7, police operatives seized one kilo of shabu with an estimated worth of P6.8 million at the residence of the suspect who was identified as Richie Banquil, 31. The seized shabu was kept inside a large Guanyinwang tea container, said Mananquil.

Police also seized 169 tablets of suspected ecstasy in the residence and 9mm and .45 caliber pistols in Banquil’s possession.

However, authorities have yet to get the estimated value of the confiscated tablets which were kept inside five plastic sachets. Mananquil said that Banquil noticed the approaching police who were about to serve a search warrant at his house in Barangay Cahayag and fled towards a nearby chicken farm.

Banquil shot at the police operatives prompting them to shoot back, hitting the suspect twice, one each in the head and chest, said Mananquil.

The suspect was still rushed to the Tubigon Community Hospital but was declared dead on arrival.

Meanwhile, police also arrested four individuals who were at Banquil’s residence during the raid including his sister Christina Banquil, 33, and three others identified as Romel Ullyamot, Junrey Taghap and Jayson Asuela. According to Mananquil, The seized drugs were transported from Cebu based on their month-long surveillance on Banquil.

Mananquil said that they traced the drug warehouse as they conducted followup operations after they arrested Banquil’s brother Jeopard, a high value drug target at the regional level, in March.

Operatives allegedly seized from Jeopard P340,000 worth of shabu during a police anti-drug operation also in Cahayag, Tubigon. (W. Maestrado)