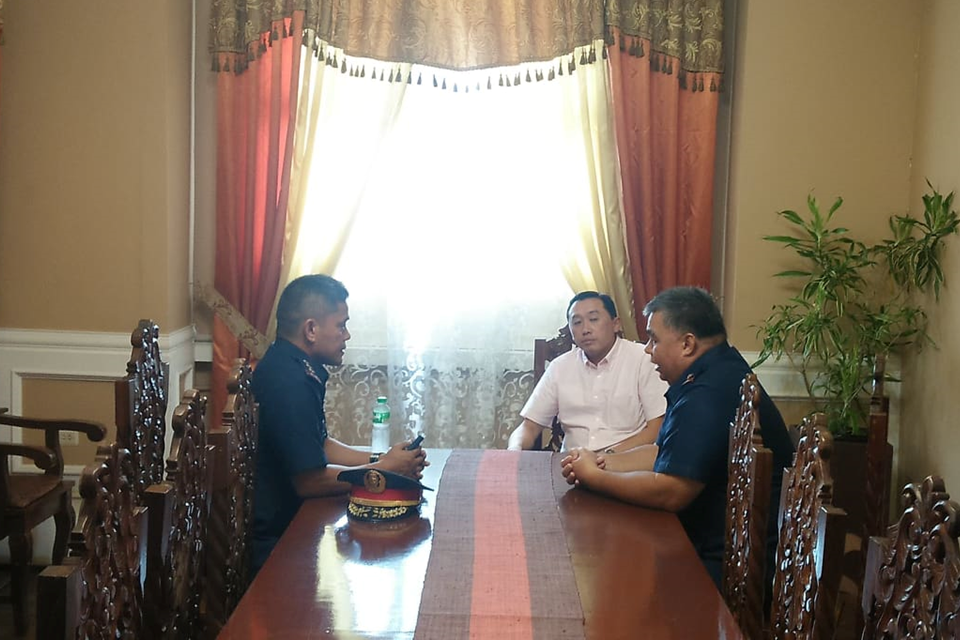 Cabal will assume his new post as Bohol’s top cop next week replacing Col. Julius Caesar Gornez if Camp Crame issues a clearance for his installation, said Sinas, who paid a courtesy visit to Yap at the Governor’s Mansion in Tagbilaran City.

As stipulated in Republic Act No. 6975, known as the Department of the Interior and Local Government Act of 1990, the governor has the authority to choose the provincial director from a list of three eligible candidates recommended by the police regional director.

Sinas however admitted that he has extended his all-out support for Cabal to take over as Bohol’s highest ranking police official.

According to Sinas, he only recommended Cabal to Yap as candidate for BPPO director.

Sinas vouched for Cabal who is the former director of the Regional Intelligence Division 7 and a graduate of the Philippine National Police Academy (PNPA).

“Jonathan Cabal is a very capable officer, professional at credible. Di pud na namolitika… Cabal is a PNPA graduate so naa ny skills and knowledge on how to run this province,” he said.

Sinas said that Yap did not ask for anyone in particular to be the BPPO director but requested for recommendations, noting that the governor has the prerogative to choose a provincial chief of police.

Meanwhile, Gornez who took over the helm of the BPPO in January will take over Cabal’s current post as chief of the PRO 7’s logistics division.

Cabal played a crucial role in hunting down the 11 Abu Sayyaf bandits who slipped into the province through Inabanga in April, 2017.  He was the chief of the Regional Intelligence Division 7 during the month-long manhunt operations against stragglers of the group.

“I am one of those na tumulong sa panahon na nandiyan yung Abu Sayyaf, ako ang intel,” said Cabal in an earlier interview as he noted that he is no stranger to the province.

Earlier, Yap said that his administration will be tourism-centric, including in matters of peace and order. He however noted that he wanted a police director who also has “battle experience.”