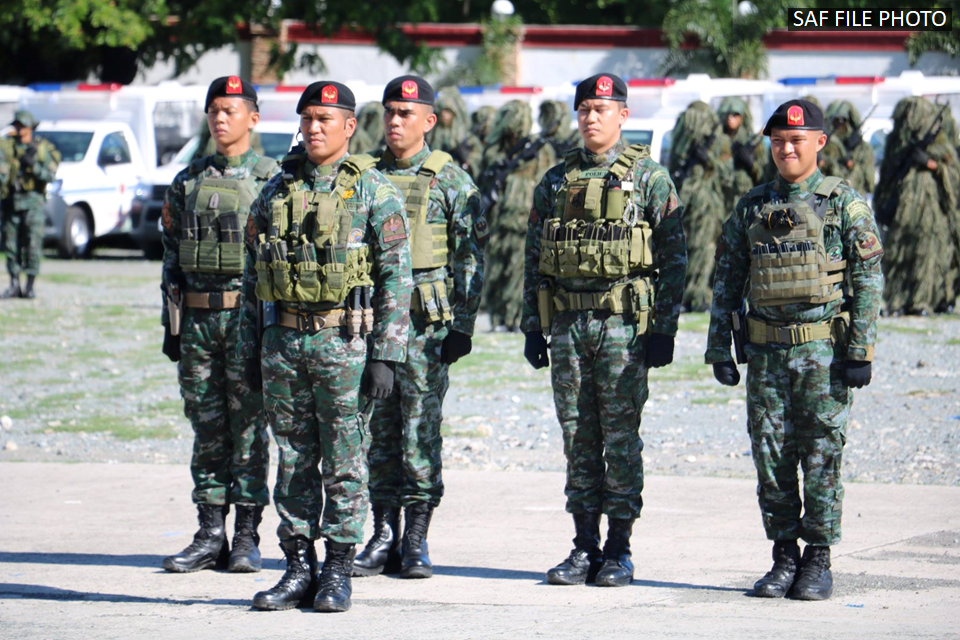 The Philippine National Police is set to deploy two companies of the elite PNP-Special Action Force (SAF) to Bohol to strengthen security in the province after the pullout of the Philippine Army’s 302nd Infantry Brigade from the island.

Police Regional Office (PRO) 7 director Brigadier Gen. Debold Sinas, during a courtesy visit to Governor Arthur Yap at the Governor’s Mansion on Friday, said that one company will arrive this month while the other is set for deployment in August.

The 302nd IBde’s headquarters was transferred from Camp Rajah Sikatuna in Carmen, Bohol to Negros Oriental to aid in the government’s efforts to crush communist insurgency in the two-province island of Negros.

Sinas is eyeing Camp Rajah Sikatuna as possible base of one of the two SAF companies.

According to Sinas, the deployment of the SAF companies was also set in motion to beef up security in the entire region following the first-ever suicide bombing in the Philippines which was carried out by a Filipino. The June 28 blast at a military camp in Indanan, Sulu left eight people, including three soldiers, dead.

He expressed confidence that the elite commandos of the SAF who are “highly trained” are capable of maintaining peace and order in Bohol.

Meanwhile, the province, under Yap’s new administration, has embarked on a tourism-centric governance.

Yap has noted that all of the activities by various sectors should be undertaken with their effects on tourism in consideration, including in matters of peace and order.

He asked Sinas for a police director who has knowledge on tourism and has “battle experience.”

In 2017, 11 Abu Sayyaf bandits slipped into the province through the town of Inabanga leading to month-long manhunt operations against stragglers of the group. Although all of the extremists were killed by state security forces, their incursion left a temporary dent on the province’s image as a tourism destination.

Bohol has since bounced backed, maintaining its status as insurgency-free and its image as one of the country’s top tourism draws. (Rey Tutas)