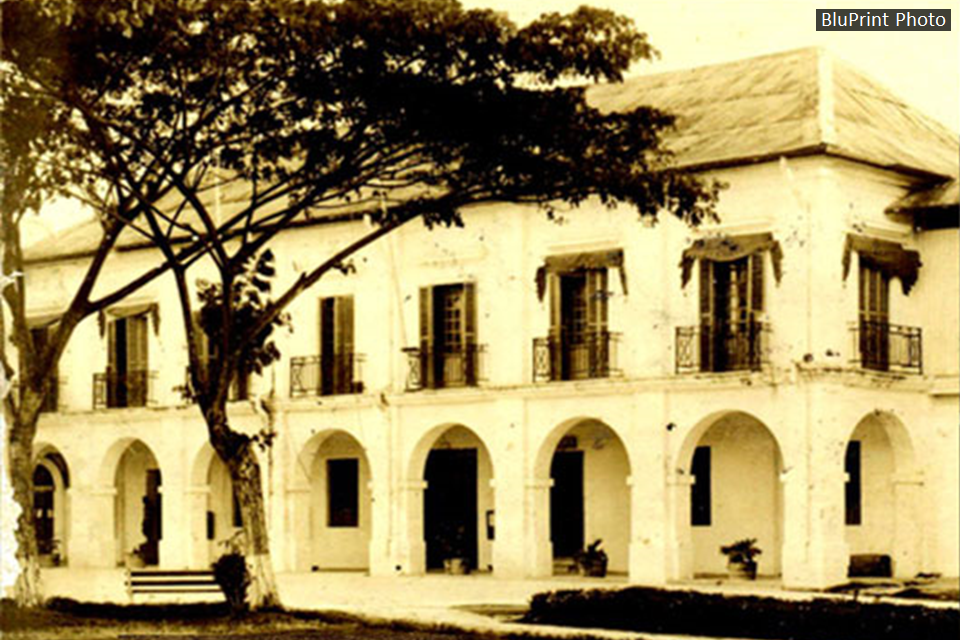 A native Boholano is usually defined as someone whose father and grandfather are Boholanos.

Using the above definition, we can say that Arthur Yap is the second non-native Boholano to be elected as Provincial Governor of Bohol. The first was Don Bernabe Reyes who was elected in February, 1899 during the Second Gobierno de Canton of Bohol. On May 13, 2019 or 120 years later, we elected another non-native Boholano as Provincial Governor in the person of Arthur Yap.

Governor Bernabe Reyes was of Spanish ancestry. His father, Don Juan Reyes, was a rich Spanish businessman from Cavite. The business interest of the Reyes family was in trading, shipping, and agriculture.

Governor Arthur Yap is of Chinese ancestry. His father is of a Chinese-Tausug of Jolo lineage. His mother is from Dagupan, Pangasinan. Their business interest is in trading and agriculture.

Bernabe Reyes or “Nyor Abê” was a lawyer. Art Yap is also a lawyer. Both of them are scions of rich families and both of them grew up in the Tagalog culture and not the Boholano culture.

Bernabe Reyes was among the four of the last “Alcalde de Ayuntamiento = Provincial Board Member” of Cebu in 1898.  Arthur Yap was three terms Congressman of the 3rd District of Bohol.

The American George Percival Scriven who personally met Governor Reyes, described Gov. Reyes as a tall person. A tall person to an American must be over six feet tall.

We do not know where Bernabe Reyes was born. I did not find his record in the Libros de Bautismo (Baptismal Book) of Dauis, Bohol, so he must have been born in Cavite where the medical facilities were better.

Bernaber Reyes or “Nyor Abê” must have spent his younger years in Cavite and Manila because the next record we have of him was as “Alcalde de Ayuntamiento (Provincial Board Member)” of Cebu.  During Spanish times you can only obtain a law degree in Manila.

After the Spanish government was dissolved in Cebu, Nyor Abê went back to Dauis, Bohol.

A decree was sent to Bohol authorizing the election of provincial officials. The decree arrived in the last week of January 1899.

The prominent men of Bohol and the Gobernadorcillos (Mayors) gathered at the Provincial Capitol to elect the provincial officials. Don Bernabe Reyes was elect Provincial Governor and Don Salustiano Borja of Tagbilaran was elected Vice Governor.

The Americans conquered the Headquarters of the Gobierno de Cantón de Visayas at Santa Barbara, Iloilo.  The Boholanos was cut from the National Government.  On June 11, 1899 the Boholanos converted itself into the Republic of Bohol. Bernabe Reyes was the President and Salustiano Borja was the Vice President.

When the Americans landed in Natubô, Dauis, Bohol on March 17, 1900 President/Governor Bernabe Reyes filed a protest.  However he obtained from the American Major Henry Hale for co-existence of Boholano and American governments.

On September 1, 1900 war broke out between the Boholano Army and the Americans. Governor Reyes, who did not grow up in Bohol, could not understand the cultural idiosyncrasies of the Boholanos.  He did not join the fight and instead withdrew to Dauis, Bohol under American protection.

His non-support was resented by the Boholanos and his achievements were not mentioned by the succeeding generations and soon forgotten. It was only when I wrote my book “Bohol: From Spanish Yoke to American Harness” that I learned of the achievements of Gov. Bernabe Reyes and the Republic of Bohol declared on June 11, 1899. However, until now the Provincial Government of Bohol still will not celebrate the Republic of Bohol.

Arthur Yap was born on Nov. 10, 1965 to the couple Domingo Yap and Natividad Cua.  His father is of a Chinese-Tausug lineage born in Jolo, Sulu. His mother is of Chinese lineage from Dagupan, Pangasinan.

The family is based in Pasig City and listed as the 21st of the Philippines’ 50 richest families as published by Forbes Magazine in 2016.

Arthur Yap grew up in Metro Manila. He finished his Elementary and High School in the Xavier School and his college degrees were taken at the Ateneo de Manila University where he finished B.S. in Management and Economics with Ex-Pres. Gloria Macapagal Arroyo as one of his teachers.  He finished his Juris Doctor degree in the same school and became a lawyer in 1992.

President Arroyo appointed him to different government offices until in 2006 he was appointed as Secretary of Agriculture.

He is married to Carolyne Varquez Gow of the prominent Varquez Family of Loboc, Bohol and Chinese Gow family of Cebu City.

Towards the end of the term of President Arroyo, Arthur Yap registered as a voter in Loboc, Bohol with an eye of running for Congressman of the 3rd District of Bohol.

With Loboc, Bohol and the Varquez family as his bailiwick, he was able to become the congressman of the 3rd District despite his inability to speak Sugboanon Bisaya. After three terms as a Congressman he can now speak a passable Binisaya.

It is generally accepted that he had a good performance as a congressman. In the May 13, 2019 election he ran and won as Provincial Governor of Bohol thereby making him the second non-native Boholano to become governor of Bohol.

Gov. Art Yap is mild mannered, soft-spoken, and very courteous. He has a lot of experience in planning and management. However, his Tagalog and Chinese cultural upbringing have some differences with Boholano culture.  I know that he has not yet assimilated the peculiar idiosyncrasies of Boholano culture.

Gov. Bernabe Reyes had a brilliant performance as governor of Bohol. But since he did not identify himself with the Boholanos, his accomplishments were forgotten by the Boholanos.

This early in the term of Gov. Art Yap, I already hear some grumblings from my friends.  It is not about the ability or capability of Gov. Yap but his insensibility to Boholano pride. It is complained that in the Office of the Provincial Governor the language is Tagalog. It is said that majority of the staff of Gov. Yap will speak Tagalog when dealing with the Boholanos.

If Gov. Yap could not correct this seemingly irrelevant complain, I am afraid that his brilliant accomplishments will go the way of Gov. Bernabe Reyes.