Bohol power rates to go down in July 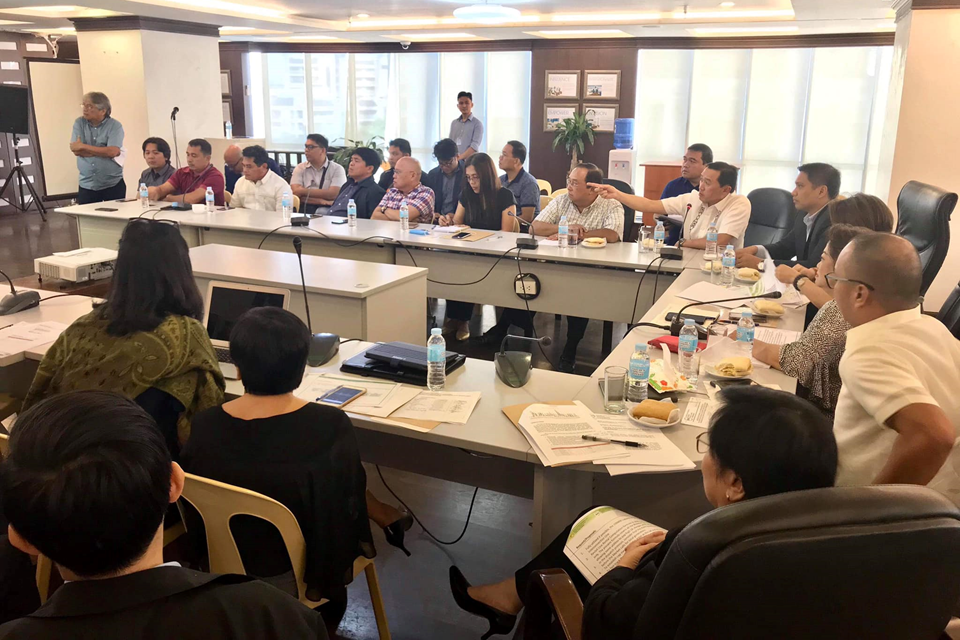 Bohol power rates to go down in July

MANILA – A power rate reduction of P0.97 centavos to P1.29 per kilowatt hour (kwh) will reflect in electricity billings in the forthcoming months starting July after Governor Arthur Yap successfully wangled an agreement warranting a “downward adjustment” of the monthly electricity bills of more than half a million Bohol-based electricity consumers as a result of two days of intense and complex negotiations with the major pillars of the Philippine power industry.

This will be implemented by the three power distributors, namely Bohol Light Co., Inc.(BLCI), Bohol Electric Cooperative (Boheco) I and Boheco II whose power consumers protested on the recent hike in power rates.

Yap vowed that “although I practically understand only two percent of the whole power industry workings I will not allow that the Boholanos will take the hit because of the failure of some sectors of the industry.”

The marathon hearing was held on July 10 to 11, 2019 at the Energy Regulatory Commission (ERC) conference room in Ortigas Center, Pasig City, Metro Manila and was exclusively covered by the Chronicle.

The immediate effect of the negotiations will be felt by the BOHECO 1 consumers after its Board of Directors approved yesterday the effective rates inclusive of VAT for residential consumers for July at P10.5404/kwh (kilowatt hour) from a June billing of P11.5066/kwh.

As of press time, Boheco II is still in the process of recomputing the July billing for its consumers.

Net surplus, a term used by the Wholesale Electric Spot Market (WESM) to define reimbursements for excess charges will be plowed back to consumers in the succeeding months after the WESM completes its review of their formula.

Chatto played quarterback to Yap using his nine-year stint as governor of Bohol when the Bohol Energy Development Advisory Group (BEDAG) was created to oversee the power development of Bohol.

The former governor’s presence guided Yap to bulldoze his way against a wall of structural obstacles that eventually blew holes and elicited an admission from the WESM on the need to “humanize” equations and methods that disregarded the “equitable protection and promotion of the interests of the consumer.”

WESM is a venue for trading electricity and was created by virtue of Republic Act (RA) 9136 otherwise known as the “Electric Power Industry Reform Act of 2001 (EPIRA).”

In an exclusive interview with the Chronicle, ERC Chairperson and Chief Executive Officer (CEO) Atty. Agnes VST Devanadera expressed her consternation over what she called as an “iniquitous” imposition of charges by WESM on the distribution utilities which passes on the extra charges to the consumers as mandated by the  EPIRA.

“This is the first time that the ERC suspended its daily work schedule because of a concern brought by a Local Government Unit over steep electricity rates. But this is an eye-opener because as I have always stressed that we must not lose sight of the most basic principle of public service: we must put people first,” she said.

In a face-off with the Philippine Electricity Market Corporation (PEMC), WESM, and the Independent Electric Market Operators of the Philippines (IEMOP) Yap refused to be cowed by the mathematical and technical maze that was arrayed before him but remained firm in his position that Bohol consumers should not be penalized because of an “inequitable formula.”

PEMC is the governing body of WESM with recommendatory powers over market rules modifications and improvements while the IEMOP is the independent market operator of the WESM.

At one point, Yap chided the National Grid Corporation of the Philippines (NGCP) for its reluctance to upgrade the submarine cable from Leyte to Bohol for economic reasons even if as early as 2014 the Bohol distribution utilities  (DU’s) made known that the power demand for Bohol will reach more than 90% in 2019.

But the NGCP explained that they were caught flatfooted by the sudden rise of power demand in Bohol in the month of May that reached 93 megawatts (MW) which breached tha 85MW load limit of the Leyte-Bohol submarine cable.

On the line rental issue which was blamed by the DU’s on the high electric rates, Yap refused to accept the mathematical exposition of WESM relying on a more simplistic and common sense approach.

“If there was line congestion and our power was drawn from the Power Barge 104 stationed in Ubay why are we made to pay for line rentals when our main source from Leyte and Cebu could not enter the submarine cable because of congestion?”

The formula for line losses which is defined as power lost during transmission should also be reviewed since it is a pass-on charge to the consumers.

“If I order 15 hamburgers and I only received five, why would I pay for the undelivered 10?” reasoned Yap

The discussion also brought to the attention of the ERC the 45% reliance of the DU’s of their power supply from the WESM prompting Devanadera to label it as an “aberration.”

Relying heavily on the WESM for shortfalls in supply from their bilateral contracts are not advantageous to the consumers since “spot” prices are dictated by the demand-supply situation on an hourly basis.

WESM is a market that allows generation companies to sell excess capacities not covered by bilateral contracts while those experiencing shortfalls source outside their contracts relies on the electricity spot market.

Chatto also requested the ERC to approve the application to use the uncontracted 7 MW of the 24 MW Power Barge 104 owned by Salcon in case of supply gaps to lessen dependence on the WESM.

Chatto pushed for the fast-tracking of the Cebu-Bohol interconnection to relieve pressure on the Leyte-Ubay cable which is now past its time table.