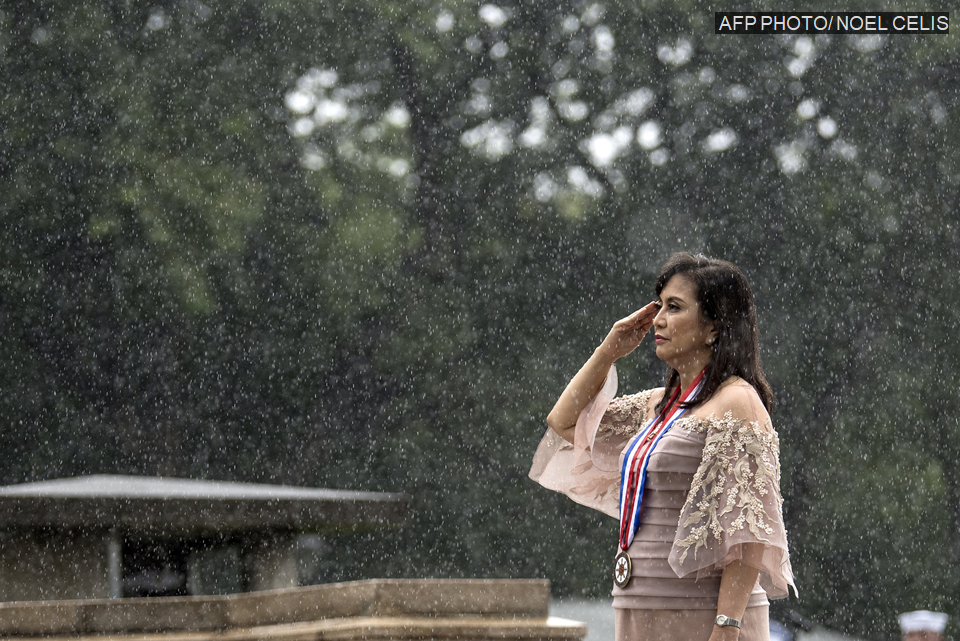 MANILA (Reuters) – Opponents of President Rodrigo Duterte expressed shock and outrage on Friday at police moves to charge dozens of them with sedition, calling it persecution aimed at stamping out scrutiny of his increasingly powerful rule.

Thirty-six opposition figures are accused of cyber libel and sedition for orchestrating a series of online videos ahead of May’s mid-term elections. The videos feature a hooded man alleging that Duterte and his family members were involved in the illegal drugs trade, which they deny.

The man, who had said he was a witness, later surrendered and appeared with police on television to say his claims were false and that he was cajoled into making the videos by opposition members. They included the vice president, lawyers, Catholic priests, a former attorney general, and incumbent and former lawmakers, the man said.

The justice department is looking into the complaint, which is the latest move against Duterte’s detractors who say the aim is to create a power monopoly for a president who already enjoys a legislative super-majority and a public approval rating of about 80 percent.

Duterte insists he is open to challenges but has shown no qualms about threatening high-profile critics, several of whom he said last month he would jail if they tried to impeach him.

“We have nothing to do with this case, not at all, absolutely nothing,” he told news channel ANC. “Let the judicial process do its work.”

A spokesman for Vice President Leni Robredo, who was not Duterte’s running mate and was elected separately, called the complaint “completely baseless.” Her party ally Senator Francis Pangilinan said it was part of a series of moves toward removing her from office.

Leila de Lima, an anti-Duterte senator detained on drugs charges, said it was “hogwash, pure hogwash,” and Samira Gutoc, a candidate in recent Senate elections, urged the police not to become partisan.