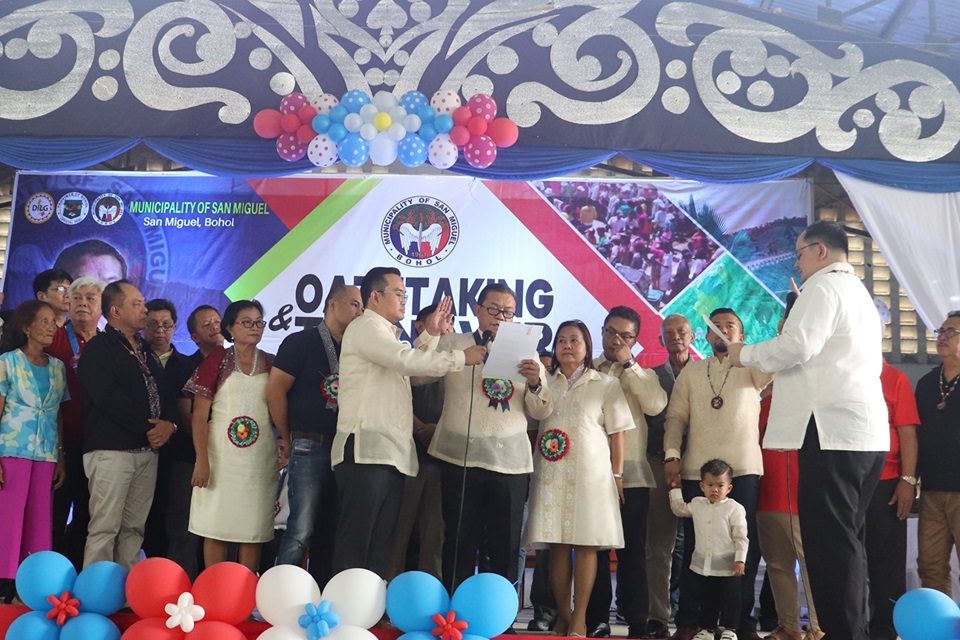 Former National Bureau of Investigation (NBI) director and now San Miguel Mayor Virgilio Mendez, who won an elective seat for the first time in the May 2019 polls, will throw his hat further into the political ring, this time running for president of the League of Municipalities (LMP) – Bohol.

Mendez, who was director of the NBI until 2016, said several mayors have prodded him to seek the league’s top post, but did not name the local chief executives.

“Some mayors have been encouraging me and expressing their support. Siguro naa pud silay nakita nako na I can probably do better or do something for the cause of the league,” said Mendez.

Mendez however expressed concern over the purported vote-buying practices that have marred the LMP elections, saying that he hopes that it would not be the case for the upcoming electoral exercise of the league.

“Money should not be a reason for winning or losing. That should not be the center of this activity because if that it is the case then it is doomed to fail,” he said.

Two other names have surfaced as possible contenders for the LMP presidency, Dauis Mayor Miriam Sumaylo and Loboc Mayor Leo Calipusan, both known to be affluent businesspersons in the province.

Sumaylo has reportedly received the endorsement of the current provincial administration through Governor Arthur Yap’s Padayon Bol-anon coalition while Calipusan has yet to formally express intent to run for president of the 47-member league.

Both Calipusan and Mendez ran under the ticket of defeated gubernatorial candidate Leoncio Evasco, Jr.

Although Mendez was not allied with Yap in the polls, he said that part of the LMP’s role should be to support both the national and provincial administrations.

He said that he aims to “provide assistance to the league and not only to the President but also the governor in whatever projects they have” and to “activate the LMP into a key group that can assist the administration for the implementation of the priority programs—fight against drugs, fight against corruption.”

The presidency of LMP Bohol, an organization of the 47 mayors of the province, was previously held by former Clarin mayor Allen Rey Piezas, who is now the vice mayor of the town. (A. Doydora)