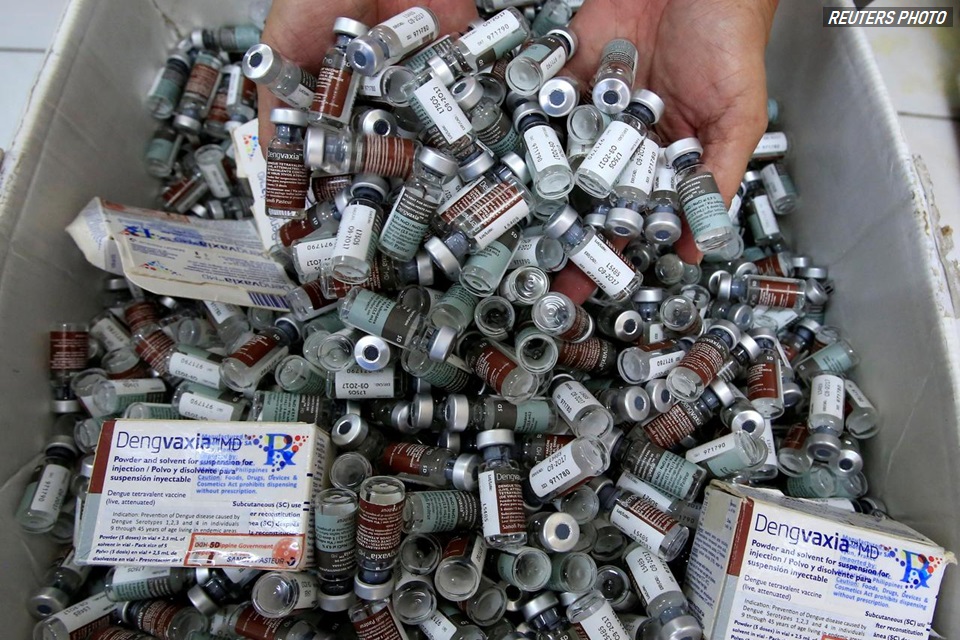 MANILA (Reuters) – The Philippine government is considering re-introducing a dengue vaccine whose use it halted because of links to the deaths of several children, as authorities battle to contain a dengue outbreak that has killed more than 450 people this year.

Concerns over dengue immunization for nearly 734,000 children aged nine or older sparked two congressional inquiries, a criminal investigation and a sharp fall in the number of parents seeking routine vaccinations for their children.

If the government decided to revive the use of Dengvaxia, developed by French drugmaker Sanofi, it would be administered with “utmost caution,” presidential spokesman Salvador Panelo said.

“If Dengvaxia is proven effective to those who already had dengue in the past, then its application to these individuals will surely cause the decline of the overall number of cases,” he told reporters.

The Philippines stopped using Dengvaxia in late 2017 and ordered Sanofi to stop selling, distributing and marketing it after Sanofi warned the vaccine could worsen the disease in some cases.

In March, the Department of Justice said it had found probable cause to indict Sanofi officials, and former and current Philippine health officials, over 10 deaths it said were linked to the use of Dengvaxia, which Sanofi has repeatedly said is safe and effective.

Panelo said the government would follow a protocol set by the World Health Organization for all individuals to be screened before receiving the vaccine, to determine if they have ever been exposed to the infection.

Any decision to start administering the vaccine again would not affect cases against individuals involved in the controversy, he added.

This year, the Philippines has reported more than 100,000 cases of dengue, a mosquito-borne tropical disease that kills about 20,000 people annually and infects hundreds of millions. (Karen Lema/REUTERS)