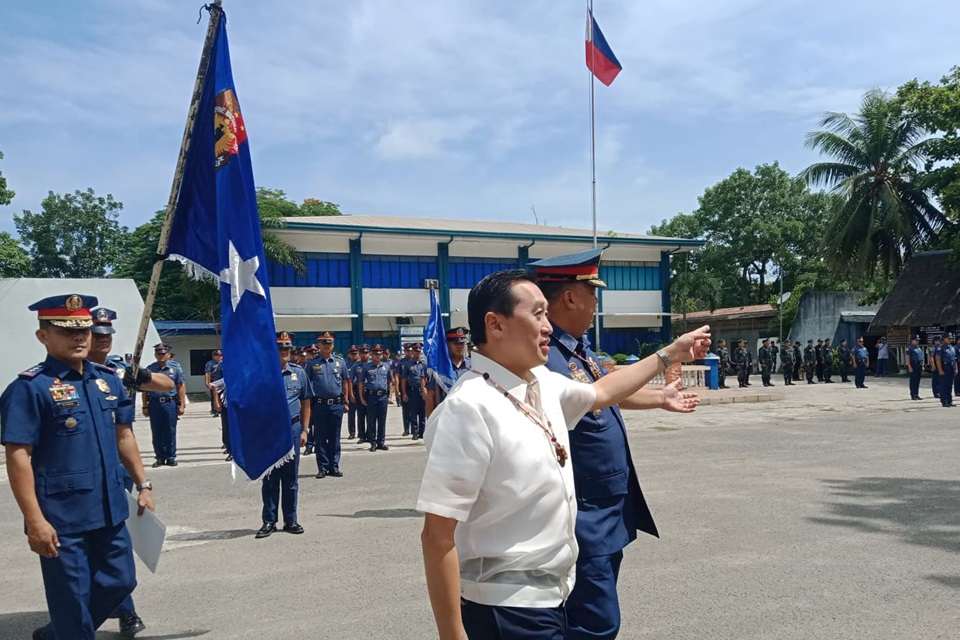 The Bohol Provincial Police Office (BPPO), which recently had a leadership change, has been ordered by Governor Arthur Yap to heighten monitoring at entry and exit points in Bohol amid fears of a possible spillover of conflict from Negros Oriental, which may be placed under martial law due to the spate of killings allegedly perpetrated by the New People’s Army (NPA).

Yap during the assumption of Colonel Jonathan Cabal as BPPO director through a turnover ceremony on Thursday last week said that the police and military in the province have been placed on “heightened alert.”

“Ang standing order nako niya [Cabal] is secure us from those internal threats, criminality, if there are still forces that are outside of the law, we have to protect locals and the burgeoning tourism industry,” said Yap.

Central Visayas police director General Debold Sinas, who has his hands full with the current situation in Negros Oriental which falls under the PRO 7’s area of responsibility, said that Bohol is free from direct threats but he is not “discounting” the possibility of the incursion of lawless elements into the province.

“So far, we have already assessed na walay existing threat sa Bohol but di pud gihapon nato ma-discount so I instructed Cabal to immediately talk to the chiefs of police to strengthen the law enforcement operations nato diri,” said Sinas.

Yap meanwhile is also not taking his chances, saying that Bohol will soon be the home of two companies of the elite Special Action Force (SAF) of the Philippine National Police. Companies of state security forces are mostly composed of around 100 troopers.

The SAF companies will be brought in to strengthen security in Bohol after the pullout of the Philippine Army’s 302nd Infantry Brigade from the island. The 302nd IBde’s headquarters was transferred from Camp Rajah Sikatuna in Carmen, Bohol to Negros Oriental to aid in the government’s efforts to crush communist insurgency in the two-province island of Negros.

According to Sinas, they are looking at Tubigon, Ubay and Carmen as possible headquarters of the SAF companies. Both units are already consolidating forces and are awaiting orders for deployment to the province.

Sinas assured that residents and visitors alike need not fret over possible terror or insurgency threats in the province as security and intelligence measures including the Barangay Intelligence Network have been fully implemented across the region.

“No need to worry, our Intel network is in place, we have coordinated with the Army, the other intel units and we have always been conferring with the NICA (National Intelligence Coordinating Agency) for other developments,” said Sinas.

The statement was made by Presidential spokesperson Salvador Panelo after at least 13 people were gunned down separately in towns and cities in Negros Oriental since July 23. Some of the gunmen involved in several of the attacks reportedly identified themselves as members of the NPA.

In response, the Philippine National Police said that it is not yet recommending for martial law to be declared in Negros Oriental, saying that security operations being carried out by both the police and military are enough to maintain peace in the province. (Rey Tutas)