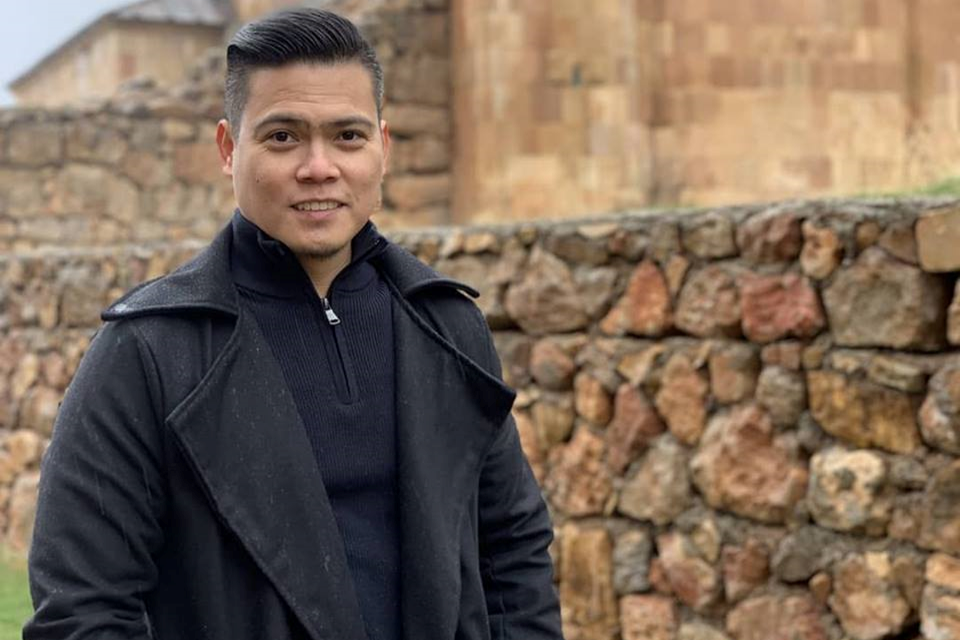 SAMAL, Bataan — Parents of a school teacher who is a native of this town on Tuesday blamed the Philippine Coast Guard (PCG) and the shipping firm for their son’s death in the Iloilo – Guimaras sea tragedy last Saturday.

The fatality was identified as Andrew Valenzuela of Barangay San Juan here, 39, a teacher who worked in Abu Dhabi in the United Arab Emirates (UAE). He taught at the Bataan Peninsula State University for 13 years before working in the UAE in 2016.

“Nananawagan ako sa Pangulong Duterte, Vice President Robredo, at sa mga senador, na hangga’t maaari huwag nang maulit ang ganoong sistema. Ang coast guard at mga may-ari ng bangka, hindi alam ang pinaggagawa. Ilang buhay ang nawala dahil sa kapabayaan nila? (I am asking President Duterte, Vice President Robredo and the senators, that as much as possible this system would not be repeated. The coast guard and the owners of the vessels do not know what they are doing. How many lives were lost due to their negligence?),” the victim’s father, Boy Valenzuela, said.

Andrew’s mother, Corazon Valenzuela, said, “Sa kinauukulan, sa pangyayaring hindi dapat nadisgrasya ang anak ko. Alam ninyo na hindi maganda panahon, may dalawang bangka nang nadisgrasya, bakit pinatuloy pa ninyo vessel na sinasakyan ng anak ko sampu ng kanyang mga kasama? (To those concerned, my son should not have died. You know that the weather was bad, there were already two vessels that capsized. Why did you allow the vessel where my son and his other companions were on board, to still go on?)”.

Andrew was with other eight Filipino teachers from UAE onboard the motorboat. Corazon said her son died along with two female teachers while the others survived.

The mother also blamed the shipping company for the tragedy.

“Bakit ang bangkang nakakontrata sa aking anak hindi yon ang ibinigay nila at pinalitan? Dapat malaking bangka ang sinakyan ng anak ko at mga kasama pero maliit na bangka ang ibinigay na hindi yon ang binayaran at nakakontrata (Why was the boat contracted by my son not the one they gave and instead replaced it? My son and his companions were to board a large boat but a small boat was provided),” she said.

The mother said Andrew arrived in Bataan from Abu Dhabi last July 7 and left for Cebu, Bohol and Iloilo on July 29.

He was supposed to return to the UAE on August 20.

She recalled how happy their family was days before Andrew left for Iloilo.

“Sa aking anak, hindi ko akalain na yon na huli nating pagkikita, na hindi ko inaasahan na ganoon magiging tadhana mo, na hindi ka babalik sa amin nang buhay ka. Maging maligaya ka saan ka man naroroon (To my son, I never thought that it was our last meeting. I did not expect it to be your destiny, that you will never return to us alive. Be happy wherever you are),” Corazon said.

She said her son was so good and hoped that he will act as an angel to ask God for their family’s safety.

Boy Valenzuela said after his son left for Iloilo, he often sent him messages, telling him to take care.

He said on the day of the accident, he called up Andrew many times but his son’s phone just kept on ringing, only to learn in the afternoon that his son was already gone.

Andrew had built a big house for his parents but it is yet to be finished. He promised to send additional funds once he returned to UAE. (PNA)